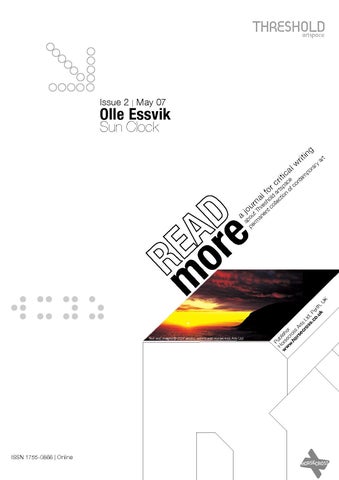 artspace Threshold artspace launched in September 2005 in Perth, UK. It is home to Scotland’s only permanent collection of contemporary media art with 60 works acquired over 2 years. The artspace covers a number of project rooms available for artists’ interventions including an entrance box for interactive soundscapes; a ‘canvas’ of 22 flat screens dominating the artspace for multi-channel video art installations; an interactive playground for art games and live internet art; a trail of sound boxes and sensors embedded in the floor and ceiling; an audio visual treat in the public toilets; copper-clad roof for light artists. All Threshold artspace locations are linked together by ‘intelligent’ software which allows artworks to be displayed through curated exhibitions and experienced 17 hours a day throughout the year.

Horsecross is an independent arts agency delivering cultural, conference and community activity in Perth Concert Hall and Perth Theatre. Located within the foyer of Perth Concert Hall Threshold artspace sits on the site of the original Horsecross, Perth’s 17th century horse market. The name is synonymous with bustling activity in the heart of the city. The development of the £19.5m Perth Concert Hall and Threshold artspace was a Millennium project and is part of the area’s economic development strategy to position Perth as one of Europe’s most vibrant small cities by 2010. Horsecross aims to put this part of central Scotland firmly on the cultural map both nationally and internationally.

As technology continues to develop and more services and products are available on the Internet, society becomes increasingly dependant on this international online marketplace. Reliance on things that can be purchased online, in addition to the popularity of online gaming, gambling, and dating means people spend more time sitting in front of their computer screens and less time interacting with their physical environments. Olle Essvik is interested in this growing dependence on technology and questions its larger implications with his Horsecross commission Sun Clock (2006)¹. The work is a programme available for both computer and mobile phone² that follows the sun’s daily movement through the sky over Perth. The minimalist graphics track this movement with a slow-moving solid yellow field. At sunrise, the yellow field begins moving upward across the screen until, at noon, the entire screen is yellow. The field continues its vertical movement until the entire screen is dark, signifying nightfall. Essvik, born and based in Gothenburg, Sweden, started to work with computer-driven contemporary art at the age of 25, and was particularly interested in contemporary art that utilized the political nature of the Internet and its potential for widespread communication³. He has created programmes, games and other work for the web and emphasizes audience input or participation whenever possible. In recognition of the impact Essvik’s work Sun Clock has exercised since its first iteration, writer Martin Rieser has included it in his forthcoming book Mobile Audiences, which explores works based on locative technologies, wearables, wifi and 3G, examined from the viewpoint of audience. Sun Clock developed from the artist’s interest in life’s repetitions, but also explores man’s growing reliance on technology. As people continue to spend large amounts of time with their computers, it is increasingly common to find digital reminders of the outside environment. Popular for years, screen savers and desktop images of snowcapped mountains and idyllic tropical beaches provide users with more than just a snapshot of the world’s beautiful places. They can also act as a replacement for the real outdoors, which people are often too busy to interact with on a regular basis. Essvik is “interested in how we recreate nature with technology”⁴, and how these recreations can become “symbolic of our often mundane and computerized lives”⁵. By digitizing the sun cycle, Essvik brings even the most accessible representation of nature indoors, and leads one to wonder if society may become so dependant on technology it may one day have no need to step outside. Other artists have similarly explored how technological innovation has brought about a distancing from the natural world, and what this distancing may mean for the future. Natalie Jeremijenko’s A-trees (1999) is a computer-simulated tree that grows on the desktop at a rate dictated by the level of carbon dioxide surrounding the computer screen, measured by a CO2 meter attached to the monitor. The work “call[s] into question the fate of real trees in a world whose environment is increasingly impacted on by humans, as if to suggest that one day the only trees left will be digital ones”⁶, and encourages users to think about the preservation of nature, as well as our ability to replicate it. Perpetual (tropical) Sunshine⁷ (2005) by fabric | ch is a gallery installation that recreates the intensity of the sun at the 23rd South parallel using 300 150W infrared light bulbs. The work receives live weather updates via the Internet, and, using the light and heat of the bulbs, replicates the weather of a randomly selected sunny city. When the sun sets or goes behind a cloud, the programme selects a different sunny city in an alternate time zone, thereby tracking the movement of the sun. Visitors are invited to stand in front of the work to bask in never-ending sunshine. The artist has eliminated the need to travel south to experience the weather at the tropic of Capricorn, and, like Essvik’s Sun Clock, the work highlights our ability to simulate and manipulate natural conditions with technology.

Commissioned and acquired as part of Horsecross permanent collection of contemporary art at the Threshold artspace in Perth, and included in the exhibition TIME, premiered in September 2006 at Threshold Stage screen – a dedicated project space for showcasing artists’ works which use the Internet environment and its functionality as their media of choice.

Essvik further asserts that “we recreate nature in order to fit it in[to] our everyday lives and therefore somehow seem to try to escape nature by recreating it”⁸. This is true with recreations of the natural world, but has also come to include other aspects of normal human life. Gambling no longer requires a trip to Las Vegas, chatting no longer requires visiting a friend at home or picking up the phone, shopping no longer requires visiting the grocery store or supermarket, and even finding a date can be done from the home computer. The invention of online virtual worlds, such as There, Kaneva, and Second Life⁹, illustrate just how much further technology can replace personal interactions, and just how popular this replacement can be. Second Life allows each of its registered users, over 6 million in total, to interact in the virtual world and make friends, form romantic partnerships, start businesses, own land, and even participate in the world’s economy by earning and spending Linden Dollars, which can be exchanged for real world currency. Some members have managed to make a living through Second Life, and even real world corporations like Best Buy, H&R Block, W Hotels, and Pontiac have joined Second Life in an attempt to increase marketing and profit. Though online virtual worlds like Second Life are sometimes described as games, they have no scoring system, and many of the objectives are the same as those in real life: make money, make friends, and succeed in business. People may lose interest in online worlds, dating, gambling, and shopping after the novelty wears off, but the strong possibility remains that many digital and online services are here to stay. Essvik believes the tendency to escape nature by utilizing a digital recreation is “something romantic and beautiful, but also [a] tragic comment about our lives”¹ . He appreciates how digital media can appropriate the natural environment, but is concerned by the implications of our culture that chooses the replica over the real thing. A Norwegian website¹¹ claimed the artist’s software art to be the most useless programme ever made for a mobile phone, but Sun Clock is both a unique application and a work of art that dares to critique a society that may one day consult a digital sun clock instead of simply looking outside.

The invention of the Internet in the late 20th century allowed artists to communicate on a global scale, without the need for a physical exhibition space or the support of museums and galleries. Many artists were influenced by the globalization that was both a cause and effect of the Internet and chose to explore its societal implications. Utilising the Internet, artists were able to publicly critiqueaspects of society they found problematic, and, if they wanted, were able to remain anonymous while doing so. From hacking into and disabling corporate sites as an act of civil disobedience to mimicking corporate and pornographic sites as a critique on their place in society, early ‘Internet art’ was often politically charged. 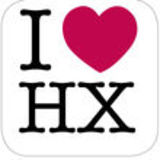