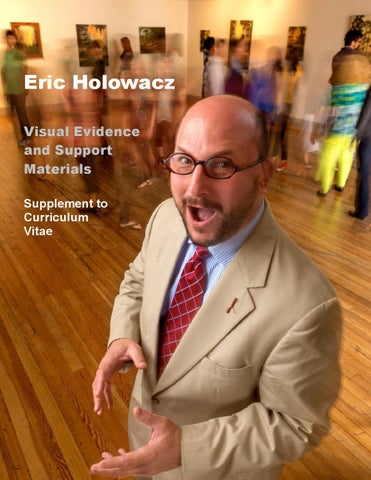 “I believe that in a great city, or even in a small city or a village, a great theatre is the outward and visible sign of an inward and probable culture.” ! —Sir Laurence Olivier

Under the leadership of producer/director Eric Holowacz, the Cairns Festival grew into one of the most exciting creative celebrations in Australia. Its 17-days and 106 unique events now include visual art, film, music, dance, new theatre, and community identity in Far North Queensland. In addition to the local content, artists and performers have come from Indonesia, New York, the UK, New Zealand, Tasmania, Japan, Chile, and many other parts of the world. !

! Above: a Far North Indigenous dance group performs on the stage at the Civic Theatre as part of UMI Artsâ&#x20AC;&#x2122; Big Talk One Fire.! Below: Torres Strait Island musician Will Kepa, joined by Bougainville-born percussionist Ben Hakalitz, at the 2011 opening concert.

“Culture is our answer to the challenges of life. It is the way we walk, and eat, and dance, and sing, and look, dress, dream and struggle, and furnish our homes, greet others, pray, remember, desire and love.” ! —Carlos Fuentes

Above: Some of the community musicians of Drum Up Big, following six weeks of free Cairns Festival workshops, perform as part of the 2011 Grand Parade. A Torres Strait Island dancer at the Civic Theatre during the Festivalâ&#x20AC;&#x2122;s Big Talk One Fire programming. !

Below: Festival Producer Eric Holowacz rests after the launch of the 50th season, on stage at the Cairns Civic Theatre, with Far Northern Soul Collective backing him.

“There is never time in the future in which we will work out our salvation. The challenge is in the moment; the time is always now.” ! —James Baldwin

As Producer of Cairns Festival, Holowacz gave new life to the opening parade, and encouraged creative community participation. After acquiring 100 ukuleles, he created the Cairns Mobile Ukulele Brigade, seen above making music and livening up the parade. Below: Holowacz was asked to be the commencement speaker for the Louisiana State University College of Music and Dramatic Arts. He consults with Dean Stephen Beck before his May 2014 address.

“Without culture, and the relative freedom it implies, society, even when perfect, is but a jungle. This is why any authentic creation is a gift to the future.” ! —Albert Camus

Festival Producer Eric Holowacz (top right) talks to photographer Jake Nowakowski about their project, Man vs Fascinator, at the exhibition opening in August 2011. A budding art collector takes one of the 2000 free Posters to the People, a project begun in 2010 to give away prints featuring images by Far North Queensland artists (to as many households as possible). In 2010, Cairns Festival began its Badge Partners project to better connect audiences with local business, cafes, and shops.

“Writing is nothing more than a guided dream.” ! —Jorge Luis Borges

Above: Detail of a work from The Ballast, a solo exhibition by Miami-based South African artist, Anja Marais. Holowacz programmed the exhibition at the Arts Councilâ&#x20AC;&#x2122;s Firehouse Gallery as a regional satellite of Prospect 3 New Orleans. Below: in time for the Australian elections, Holowacz and his Cairns Festival team developed a guerrilla marketing campaign based on mock roadside election signs.

“Culture is like the sum of special knowledge that accumulates in any large united family and is the common property of all its members.” ! —Aldous Huxley

“A photograph is a secret about a secret. The more it tells you, the less you know.” ! —Diane Arbus

Black Image Band fills the Fogarty Park stage for one of the Cairns Festivalâ&#x20AC;&#x2122;s free music events. Under Holowaczâ&#x20AC;&#x2122;s stewardship, the Festival secured over a dozen new major corporate and community sponsorships, and again began programming free events on the main Esplanade stage in Fogarty Park. In 2011, these included seven concerts by leading Australian musicians, six free film nights, and a handful of new workshops and community events. Above left: a variation on the logo for the 2011 Cairns Festival: 50 Years Under a Tropical Sun.

“The temple bell stops but I still hear the sound coming out of the flowers.” ! —Matsuo Basho

“The artist is a receptacle for emotions that come from all over the place: from the sky, from the earth, from a scrap of paper, from a passing shape, from a spider’s web.” ! —Pablo Picasso

After more than five years of struggling to establish itself, The Studios of Key West came into its own between 2006-2010. Under Holowaczâ&#x20AC;&#x2122;s leadership, the organization built a thriving home and creative campus at the historic Key West Armory building in Old Town. During his tenure, the facility became a hotbed of new artistic work, cross-discipline collaboration, and innovative cultural experiences. Above: Key West sculptor Jim Racchi with an early sculpture garden work. Lower left: the studio table of intaglio artist Andy Thurber. Lower right: photographer Curt Richter, the organizationâ&#x20AC;&#x2122;s first artist-in-residence, returned the following year with a new body of 8 x 10 portrait work and a major exhibition shot entirely on Key West, Still and All. !

“A painting requires a little mystery, some vagueness, some fantasy. When you always make your meaning perfectly plain, you end up boring people.” ! —Edgar Degas

“Some cultural phenomena bear a striking resemblance to the cells of cell biology, actively preserving themselves in their social environments, finding the nutrients they need and fending off the causes of their dissolution.” ! —Daniel Dennett

Setting the scene for the gala opening of the Mildura Arts Centre theatre, young dancers from Shaun Parker & Company rehearse on the proscenium stage (top). Mr Holowacz directed and produced the evening, with his small team, and has begun multidisciplinary programming efforts for the next three seasons. Lower photos: As a guerrilla theatre element for Louisiana Arts Advocacy Day, Mr Holowacz gathered a troop of local musicians, a special effects company, and interrupted the Lt Governorâ&#x20AC;&#x2122;s breakfast speech with an Anti-Artless Zombie message.

“Our culture made a virtue out of living only as extroverts. We discouraged the inner journey, the quest for a center. So we lost our center and have to find it again.” ! —Anaïs Nin

“Cultural activity and access to the materials of the life of the imagination is as ordinary and as vital as the right to read, the right to shelter, squarely at the centre of our lives as the catalyst of our imaginations and the prompter of our dreams.” ! —Max Wyman

“Art is a lie…which makes us see the truth.” ! —Pablo Picasso

“Poetry is the journal of the sea animal, living on land, wanting to fly in the air. Poetry is a search for syllables to shoot at the barriers of the unknown, and the unknowable. Poetry is a phantom script telling how rainbows are made and why they go away.” ! —Carl Sandburg

Rehearsing for the gala opening of the Mildura Arts Centre theatre, young dancers from Sydney-based Shaun Parker & Company rehearse on the proscenium stage (lower). Parker is a former local, and invited a half dozen MIldura-based dancers to be part of his work, The Yard. Melbourne-based Latin supergroup, San Lazaro (above), closed the gala evening, with a powerful performance to inaugurate the new stage.

“If we are to achieve a richer culture, rich in contrasting values, we must recognize the whole gamut of human potentialities, and so weave a less arbitrary social fabric, one in which each diverse gift will find a fitting place.” ! —Margaret Mead

More scenes from the official opening of the New Mildura Arts Centre, developed under Mr Holowacz’s direction: Black Arm Band (above) thrills the capacity crowd, a giant sandpit encouraged creative play for the centre’s community open day, Ministers and funders on stage to officially dedicate the theatre, and the building illuminated at night, from the centre’s sculpture garden and lawn.

“Music is your own experience, your own thoughts, your wisdom. If you don’t live it, it won't come out of your horn. !

Scenes from the re-opening of MIldura Arts Centre, after almost three years of closure and construction. Over 4,000 people attended the November Community Open Day, and almost 15,000 people have visited or performed at the creative facility in the 6 weeks that followed. Bottom photo: In support of the new Baton Rouge Library, Holowacz formed a partnership with film production company Digital FX to create a series of videos of readers and their favorite books.

“Fiction is like a spider’s web, attached at all four corners. Often the attachment is scarcely perceptible.” ! —Virginia Woolf 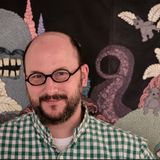