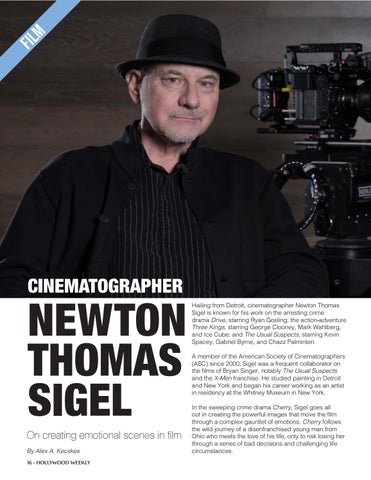 On creating emotional scenes in film By Alex A. Kecskes 16 • HOLLYWOOD WEEKLY

Hailing from Detroit, cinematographer Newton Thomas Sigel is known for his work on the arresting crime drama Drive, starring Ryan Gosling; the action-adventure Three Kings, starring George Clooney, Mark Wahlberg, and Ice Cube; and The Usual Suspects, starring Kevin Spacey, Gabriel Byrne, and Chazz Palminteri. A member of the American Society of Cinematographers (ASC) since 2000, Sigel was a frequent collaborator on the films of Bryan Singer, notably The Usual Suspects and the X-Men franchise. He studied painting in Detroit and New York and began his career working as an artist in residency at the Whitney Museum in New York. In the sweeping crime drama Cherry, Sigel goes all out in creating the powerful images that move the film through a complex gauntlet of emotions. Cherry follows the wild journey of a disenfranchised young man from Ohio who meets the love of his life, only to risk losing her through a series of bad decisions and challenging life circumstances. 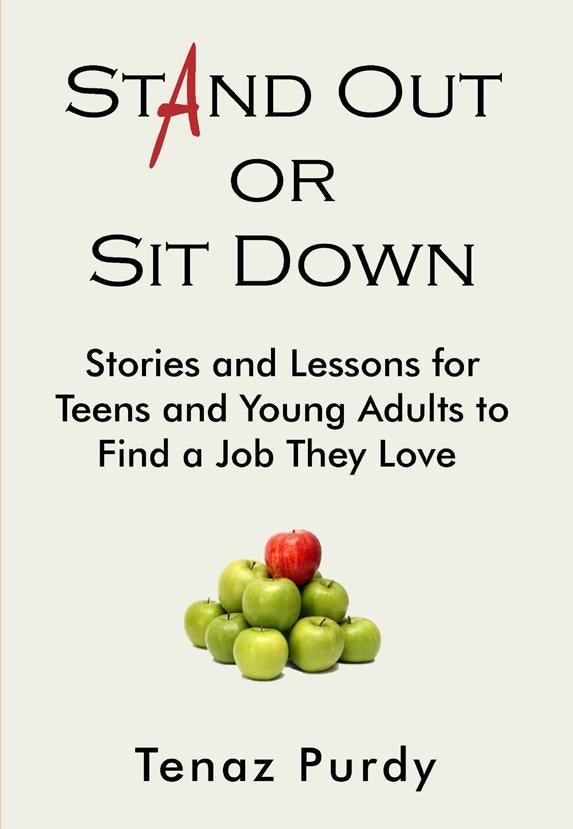 From Highlife to Climate Change