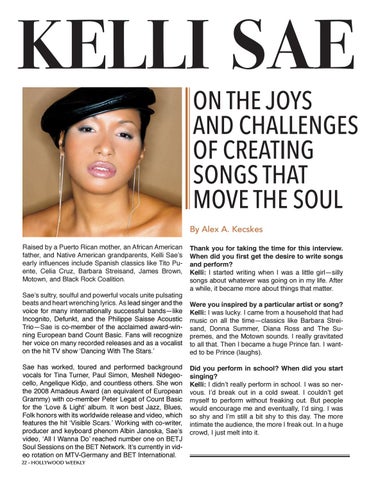 By Alex A. Kecskes Raised by a Puerto Rican mother, an African American father, and Native American grandparents, Kelli Sae’s early influences include Spanish classics like Tito Puente, Celia Cruz, Barbara Streisand, James Brown, Motown, and Black Rock Coalition. Sae’s sultry, soulful and powerful vocals unite pulsating beats and heart wrenching lyrics. As lead singer and the voice for many internationally successful bands—like Incognito, Defunkt, and the Philippe Saisse Acoustic Trio—Sae is co-member of the acclaimed award-winning European band Count Basic. Fans will recognize her voice on many recorded releases and as a vocalist on the hit TV show ‘Dancing With The Stars.’ Sae has worked, toured and performed background vocals for Tina Turner, Paul Simon, Meshell Ndegeocello, Angelique Kidjo, and countless others. She won the 2008 Amadeus Award (an equivalent of European Grammy) with co-member Peter Legat of Count Basic for the ‘Love &amp; Light’ album. It won best Jazz, Blues, Folk honors with its worldwide release and video, which features the hit ‘Visible Scars.’ Working with co-writer, producer and keyboard phenom Albin Janoska, Sae’s video, ‘All I Wanna Do’ reached number one on BETJ Soul Sessions on the BET Network. It’s currently in video rotation on MTV-Germany and BET International.

Thank you for taking the time for this interview. When did you first get the desire to write songs and perform? Kelli: I started writing when I was a little girl—silly songs about whatever was going on in my life. After a while, it became more about things that matter. Were you inspired by a particular artist or song? Kelli: I was lucky. I came from a household that had music on all the time—classics like Barbara Streisand, Donna Summer, Diana Ross and The Supremes, and the Motown sounds. I really gravitated to all that. Then I became a huge Prince fan. I wanted to be Prince (laughs). Did you perform in school? When did you start singing? Kelli: I didn’t really perform in school. I was so nervous. I’d break out in a cold sweat. I couldn’t get myself to perform without freaking out. But people would encourage me and eventually, I’d sing. I was so shy and I’m still a bit shy to this day. The more intimate the audience, the more I freak out. In a huge crowd, I just melt into it.

Andy Magro is an extremely talented, award-winning international actor, voice-over actor, singer-songwriter, model, and public speaker. He is a multilingual talent from Germany with Italian and German citizenship. 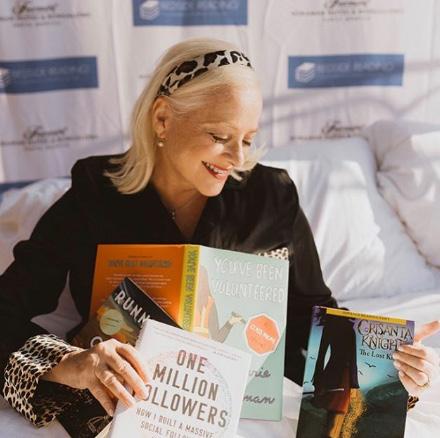 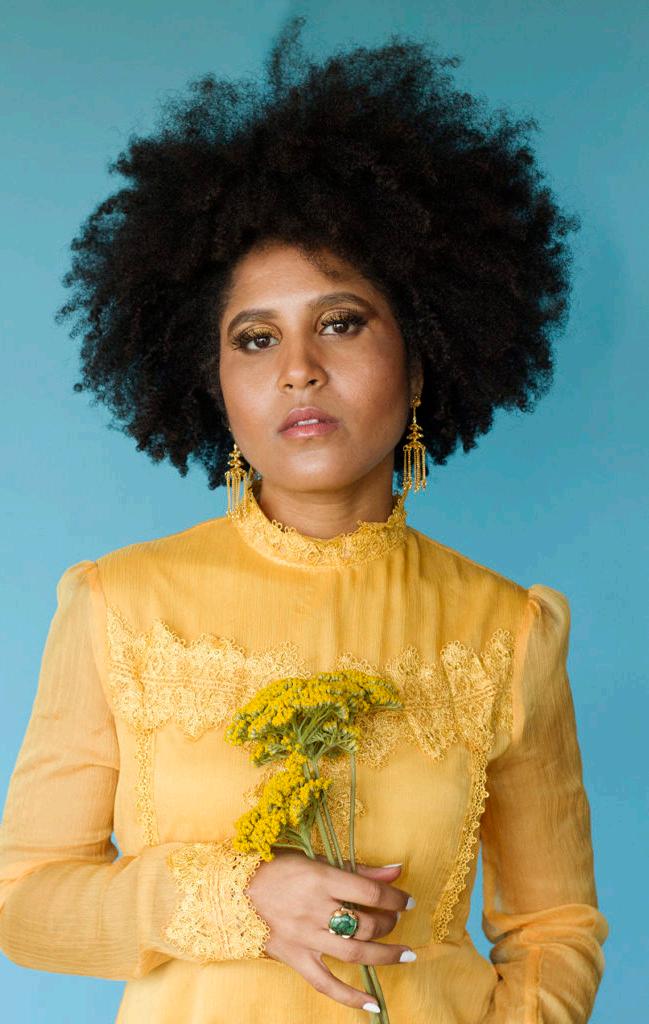 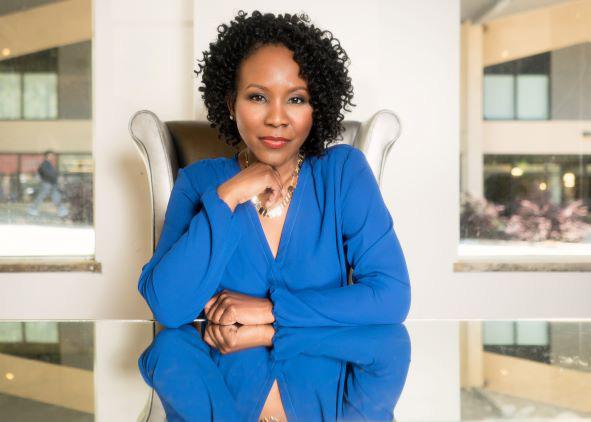 Creating a Workplace which Fosters Diversity