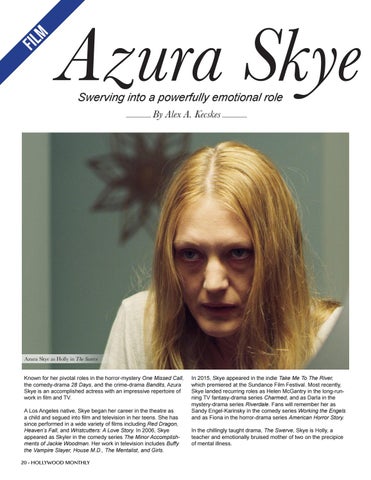 Azura Skye Swerving into a powerfully emotional role By Alex A. Kecskes

Azura Skye as Holly in The Swerve Known for her pivotal roles in the horror-mystery One Missed Call, the comedy-drama 28 Days, and the crime-drama Bandits, Azura Skye is an accomplished actress with an impressive repertoire of work in film and TV. A Los Angeles native, Skye began her career in the theatre as a child and segued into film and television in her teens. She has since performed in a wide variety of films including Red Dragon, Heaven’s Fall, and Wristcutters: A Love Story. In 2006, Skye appeared as Skyler in the comedy series The Minor Accomplishments of Jackie Woodman. Her work in television includes Buffy the Vampire Slayer, House M.D., The Mentalist, and Girls. 20 • HOLLYWOOD MONTHLY

In 2015, Skye appeared in the indie Take Me To The River, which premiered at the Sundance Film Festival. Most recently, Skye landed recurring roles as Helen McGantry in the long-running TV fantasy-drama series Charmed, and as Darla in the mystery-drama series Riverdale. Fans will remember her as Sandy Engel-Karinsky in the comedy series Working the Engels and as Fiona in the horror-drama series American Horror Story. In the chillingly taught drama, The Swerve, Skye is Holly, a teacher and emotionally bruised mother of two on the precipice of mental illness.

The Secret To Her LUCK Is Hard Work & A GOOD HEART! 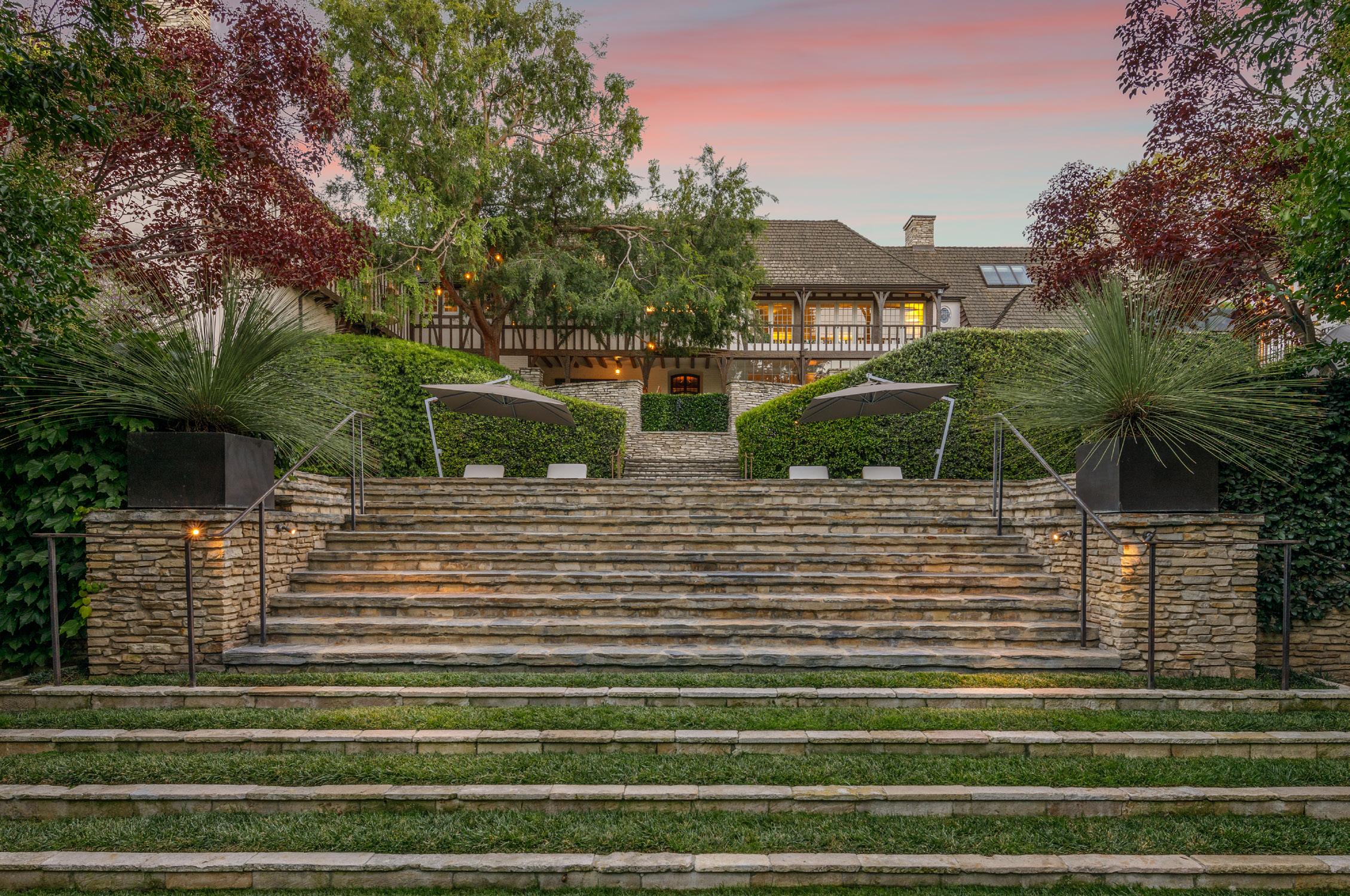 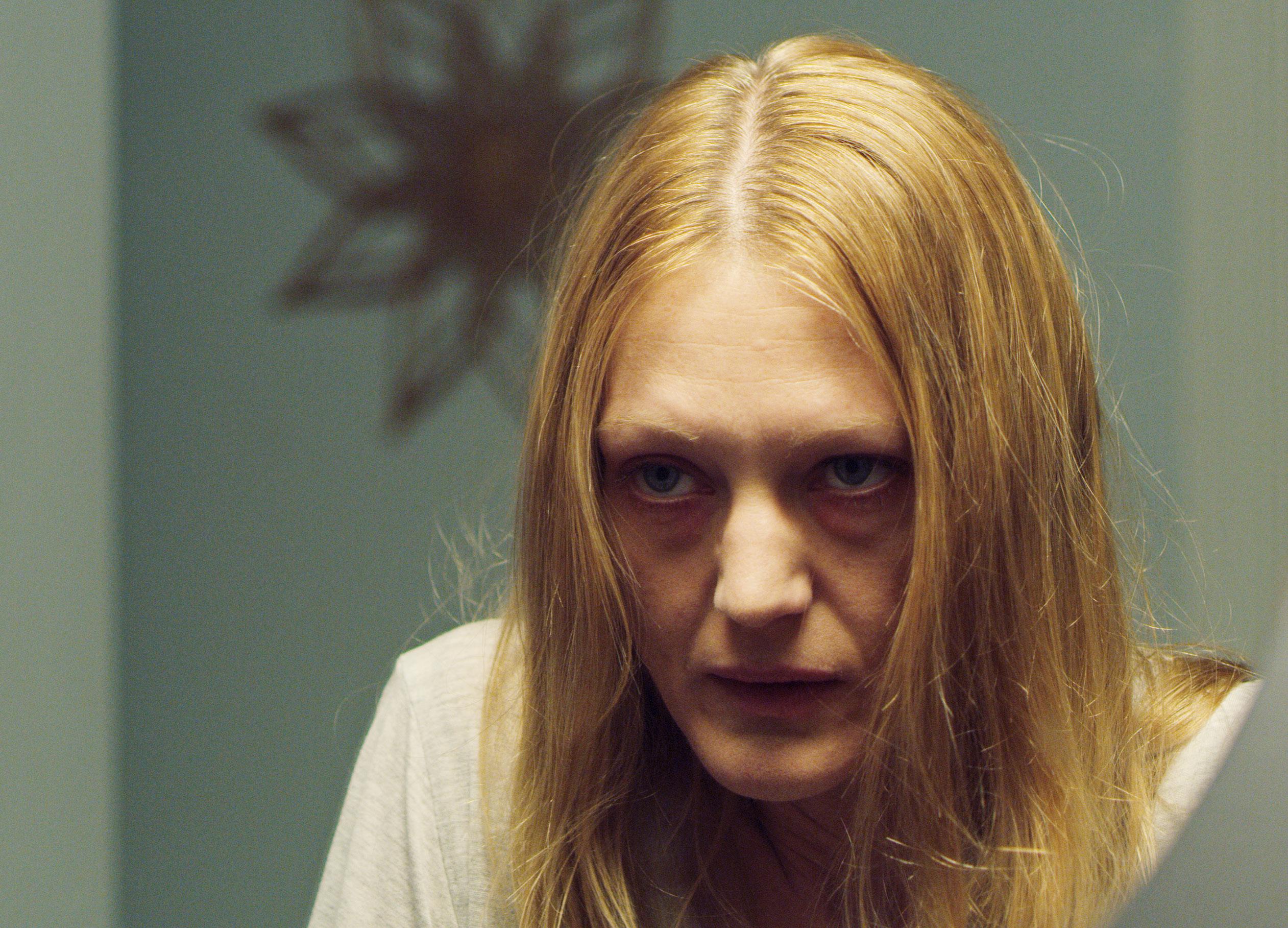 Swerving into a Powerful Emotional Role 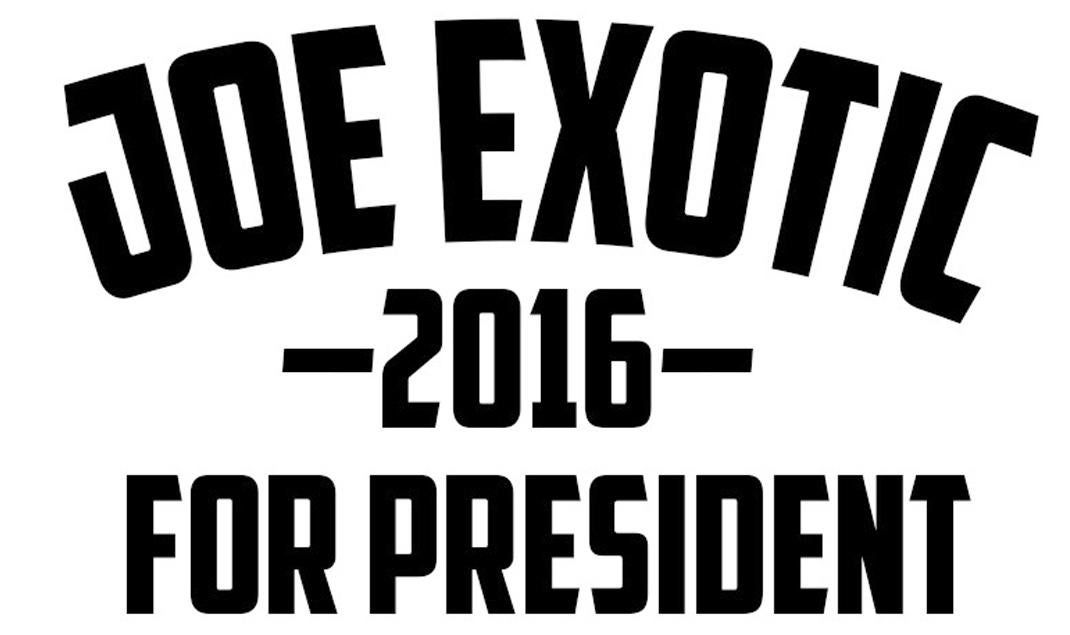 Part 3 of 4 (Joe Exotic for President