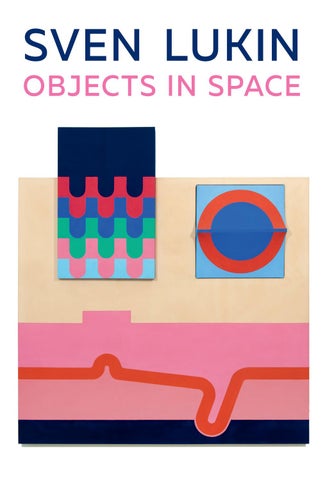 Sven Lukin’s vibrant canvases of the 1960s use shape and color to play with ideas of space, architecture, and illusion. One of the first postwar artists to break free of the rectangular canvas, his paintings assert their status as objects in space not only through abstraction, but by visually and physically expanding the picture plane. The work is sculptural, but maintains the frontality of painting by never jettisoning its connection to the wall. Both small and large protrusions are enhanced by flat areas of color that emphasize their physical shape, often in hot California colors that entered Lukin’s practice after a summer in Venice Beach in 1963. Aside from this formative summer, Lukin lived and worked in New York throughout the 1960s. He pushed against the minimalist style that was ascendant during this period, instead using perspectival illusion to create depth and drama in his abstractions. He expanded these ideas by physically building out the canvas, as in the colorful work Eye from 1962. Here, a square canvas has been turned 45 degrees so that its corners point in the cardinal directions. A bright orange bar horizontally bisects the canvas, physically jutting forward from behind the surface. The physicality of the work is emphasized by the concentric squares in green, yellow, red, and pink, whose straight lines distort up to the raised central orange stripe. In paintings such as this, Lukin introduces an architectural sensibility that signals a charged relationship with the viewer, one in which the work must be confronted on a human scale. Towards the mid-1960s Lukin began experimenting with additive elements that broke the rectangular boundaries of the canvas. Honeymoon (1964) delightfully illustrates this by combining the earlier built-out protrusions, bisecting a circular form at right, with a tall canvas of geometric

waveforms that extends past the top left edge of the supporting surface. A meandering red line crosses a bubblegum pink field in the lower register, dipping into a deep blue stripe at the bottom. The overall effect is one of playfulness and joy. The meeting of sensuous curves and coy geometry demonstrates the essential humanity of Lukin’s paintings, which hint at a playful inner world from which forms emerge and color radiates. Born in Riga, Latvia in 1934, Sven Lukin arrived in the United States with his family in 1949. A stint in architecture school in Philadelphia introduced him to the ideas of Louis Kahn, whose sleek modernist curves would stick with Lukin when he moved to New York to begin pursuing his art in 1958. Lukin quickly found success with his hard-edge abstractions and boldly shaped canvases. He exhibited at many prestigious galleries and museums throughout the 1960s, including solo shows at Betty Parsons, Martha Jackson, Pace, and the Los Angeles County Museum of Art. above : cover : 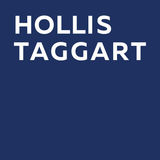 Published on the occasion of the exhibition Sven Lukin: Objects in Space, held at Hollis Taggart from June 6 through July 12, 2019.

Published on the occasion of the exhibition Sven Lukin: Objects in Space, held at Hollis Taggart from June 6 through July 12, 2019.