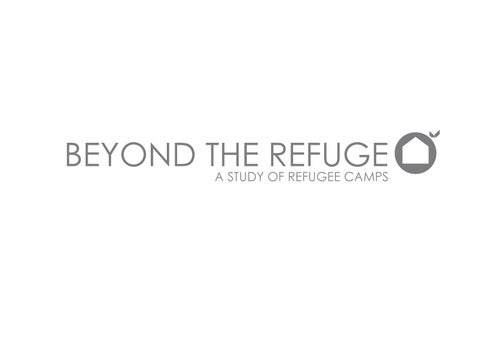 A STUDY OF REFUGEE CAMPS

BEYOND THE REFUGE THIS PROJECT FOCUSES ON

REFUGEE CAMP IN LEBANON. THROUGH A HOLISTIC UNDERSTANDING THE PHYSICAL ENVIRONMENT OF THE CAMP IT ENDEAVOURS TO MAKE PROPOSITIONS TO IMPROVE THE

QUALITY OF LIFE AND MENTAL HEALTH OF THE INHABITANTS. THE PROJECT STUDIES EXISTING MID AND LONG TERM REFUGEE CAMPS IN ADDITION TO CAMP IMPLEMENTATION FRAMEWORKS SUCH AS THE UNHCR STANDARDS. THIS ALLOWS A WIDER UNDERSTANDING OF THE ISSUES

THEIR SPATIAL QUALITIES, HUMAN EXPERIENCE AND

SUSTAINABLE DEVELOPMENT OF ‘RELIEF FROM RELIEF’ TO ENHANCE HOW

INHABITANTS EXPERIENCE AND USE SPACE. THIS IS PART OF A LARGER STUDY AIMED TO INFLUENCE UNHCR POLICIES ON

POI: Site of the Sabra and Shatila mass acre in 1982

Ein al-Hilweh Population: 70,000 Established: 1948 POI: Known as the ‘Zone of Unlaw’ in Lebanese media due to complete absence of Lebanese security in ca mp

SCALE 1:10,000 The majority of Lebanese refugee camps were set up to take Palestinian refugees 1948. Many of these are now overflowing with the influx of Syrian refugees. The camps vary in condition, size and density. In addition to the official camps, there are a number of unofficial settlements known as ‘Gatherings’.

BEIRUT, LEBANON Population: 18,000 Established: 1949 Shatila Refugee Camp was formed in 1949 following the ousting of hundreds of thousands of Palestinians from their homeland. Sixty years and a few waves of refugee crises later, the camp resembles an urban slum, struggling to accommodate its burgeoning population. Shatila has little means of

sustaining the continuing growth in its population that has far outpaced the peace processes. Multiple tracks of negotiations over the years failed to achieve a permanent or equitable settlement to the protracted refugee crisis.

Beirut Arab University RESTRICTED AREAS Palestinian Refugees in Lebanon have a number of restrictions placed on them. Namely they are not allowed to attend university or work in any position related to goverment.

TROUBLED PAST Conflict between Palestinians and Israelis has taken its toll on the city. Below a present day aerial compared with one taken after an airstrike aimed at wiping out a Hezbollah division.

Institute of Applied Sciences and

WEALTH DIVIDE This is very apparent in Beirut and can be read in the building fabric. The surprising element is the proximity of the affluent areas to the delapitated areas and the speed of the change.

STARK CONTRAST The Lebanese National Stadium is very close to the camp. It contrasts massively with the area due to its scale, materiality and fierce lack of sympathy. UNRWA HOSPITAL This building was abandonned by the UNRWA following earthquake damage. It has since been populated by refugees who now live in the unsafe structure. The loss of the hospital has put high pressure on the small health clinics within the camp. ROMA GYPSIES An uneasy peace exists between the camp inhabitants and the settled Roma Gypsies who were placed in an adjoining section of the city. This makes an interesting situation as the entire population of a sizeable area is technically transient. HIGH STREETS There are minimal businesses within the camp, instead the majority of traders line the roads that mark the boundary with the city.

MUD AND CACTUS Through the 50’s the tents were replaced with huts constructed from mud and cactus trees, the available building materials

CYPRUSS SYRIA MIGRATION The first Palestinians of Shatila orginated in the towns of Maj el Kroum, Barwa, Haifa, Jaffa and Acre. Today it houses a number of nationalities, including large numbers of Syrian refugees and Palestinians that fled to Syria in 1949 and have now been forced to move again.

HOT TIN ROOF The 1960’s saw the appearence of tin rooves and other appropriated buiding materials.

CEMENT STOREY The 70â&#x20AC;&#x2122;s saw the arrival of second storeys and cement construction. This was a the begginning of a very turbulent time in Lebanon.

PROGRESSION? Since the 80â&#x20AC;&#x2122;s, Shatila has slowly risen as the population swelled, with some buildings up to 10 storeys. However this has been done haphazardly, building on top of existing buildings. This means many are structuraly unsound.

RACE FOR LIGHT The push for space has resulted in many buildings blocking the windows of the adjacent properties causing many issues with lack of natural light.

DEVASTATION Shatila was the site of huge conflict during the years of war. The Sabra and Shatila Massacre is the most shocking when Lebanese Militia moved on the camp and indiscriminately murdered approximateky 2700 inhabitants in an attack that lasted three days.

UNRWA - refered to as the Palestinian government in exile.

NASSER SALEH UNRWA SHATILA CAMP SERVICES OFFICER of day to day issues for the UNRWA. He is a Palestinian refugee himself with a wife in the West bank. He considers himself lucky to have employment with the UNRWA. His sister has epilepsy which as a family they have issues taking care of, hence they are seeking hardship funding from the various small NGO’s that operate in the area

Shatila which produces 20 tonnes of refuse a day.

He is educated to a masters level in political employment elsewhere in Beirut. Using the one rubbish truck assigned to the camp he assists in removing approximately 20 tons of refuse a day to a dump near the camp. He is married to a Lebanese woman so the house he owns is in her name. Unfortunately nationality travels through the male line. So their home can not be passed on to their son.

JAMILE BEIT ATFAL ASSUMOUD Jamile is head mistress of the Beit Atfal Assumoud kindergarten and school. She has worked in the school and for the organisation for the past 30 years. She continued to work with the children and orphans throughout the Shatila Massacre, the following camp war and the Israeli invasion. She explained the Palestinian mentality, and how they will wait and hold to “the right to return”. They work collaboratively with the families, providing a meal for each child. They also offer guidance councilors.

Ribeh lives in Shatila and has done since 1948 when she left modern day Israel. She now helps run a small hair salon within the camps. She also runs the only form of reycling that was evident in this area of the city. Collections of organised refuse are arranged in the alley outside her premises.

Layal is the coordinator for the remedial classes at the Beit Atfal Assumoud school within Shatila. She organises the classes for children that have been rejected fro the UNRWA school. Layal has been a resident of Shatila for the past 16 years. Prior to this she lived in Switzerland with her family for a short time. She now lives with four other family members in a three room apartment. She, like many other Palestinians I spoke with she wishes to move to Europe.

Zahour runs the Beit Atfal Assumoud Embroidery centre. Here they sell the traditional Palestinian embroidery. It is run similarly to a cottage industry with 100 women situated in 5 camps which work from home then bring their products to the centre to sell. Due to low demand there are limits to the womens earning possibilities. Currently their orders only come from foreign NGOs with which they have established connections with, however there is potential to expand here.

NECESSITY As space is so short residents often try to claim more space by cantilevering upper floors. This causes issues of light below in the already narrow paths in addition to structural instability.

BUILDING BLOCKS Concrete cinder blocks make up much of the construction of Shatila. This base unit undoubtably prescribes much of the aesthetic of the camp

VERTICAL L IVING One of the main issues with the haphazard method that Shatila is rising is instability. It was said that one major earthquake (which are not very uncommon) would level the whole of Shatila. A terrifying thought considering the 18,000 residents.

FRAMEWORKS In-situ cast concrete slabs and pillars make up the super structures of the majority of the buildings in Shatila.

WATER SUPPLY Water is stored and supplied by plastic tanks installed. Much of the water is illegally cyphened off as the wells that were initially intended for use of the camp have been comandeered by surrounding neighbourhoods

THE EDGE OF THINGS The Shatila boundary is very evident though no â&#x20AC;&#x153;wallsâ&#x20AC;? exist. The crammed multistorey towers suddenly drop away.

VOICES There are a large number of political posters and images throughout Shatila. Palestinian pride is very evident thought the majority of residents are second and third generation refugees.

PROXIMITY The need for space in Shatila means most buildingd butt up against each other. This causes major issues with natural light, with some residences recieving none at all.

TURBULENT PAST The aftermath of the conflicts surrounding Shatila are still in evidence. While the majority of space within the official camp boundary has been rebuilt due to necessity, a number of the adjoining heavily damaged buildings have still not been removed or replaced. Collapsed stuctures and pockmarked renders from shelling and gun fire are not uncommon on the periphery.

ON SITE NOTES AND IMPRESSIONS 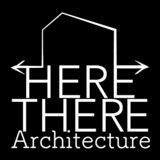