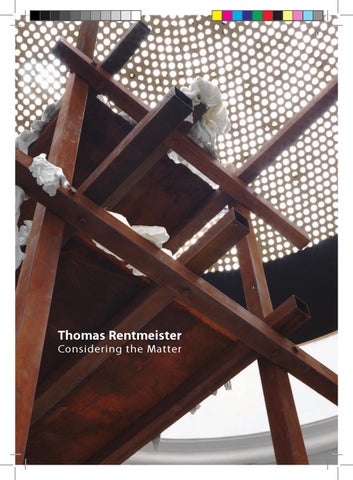 The essence of Thomas Rentmeister’s work is the imagination, materiality and play. Man, as Johann Huizinga famous book long ago observed, is by his culture forming nature homo ludens (‘man the player’), and as a result over time has become a master manipulator of the material world. It is clear that playing offers an accumulation of practices that leads through repetition to an extension of new forms of originality and innovation. Yet not only does playing evoke childhood, but it expresses the creative maintenance and continuity of an inner early life. It constantly reinforces and conjures up that which was lost and re-establishes it in the present.1 This is the full meaning behind Nietzsche’s famous aphorism “In every real man a child is hidden that wants to play.” And it subsequent extension into an aesthetic strategy and form of understanding: “...It is the sign of a superior culture consciously to retain certain phases of development which lesser men live through almost without thinking and then wipe from the tablet of their soul, and to draft a faithful picture of it...it is the ability to rapidly reconstruct such systems of ideas and sensations on any given occasion, as for example the impression of a temple on the basis of a few pillars and pieces of wall that chance to remain standing...A Segment of our self as artistic object (aph. 274)”2 It follows therefore that the title of this exhibition is intended to be simultaneously playful and intellectual, that is to say the Westphalia-born and Berlin-based artist Thomas Rentmeister considers his use of materials both as tactile resources and as imaginative food for thought. While the materials of his artistic practice are invariably mass-produced and easily accessible or familiar to the viewer, they nonetheless form a unique vocabulary of continuous personal transformation. In and through an imaginative and sensory compilation of expressive material affects Rentmeister shapes an admixture of minimalist referent and post-minimal disequilibrium. As a result he is able to invest his works with a unique sense of wit and wistfulness: he reveals a double-edged sense of formal propriety through his compositional sculpture-making practice while evoking at the same time highly textured informal feelings of vague or regretful longing. His works therefore completely erase and almost parody the old discursive categories that once asserted and argued for a ‘high’ and ‘low’ art. The now somewhat dated ideas that were residually a matter of common conversation some thirty years ago when Thomas Rentmeister was an art student at the Art Academy in Düsseldorf.3 The works in “Considering the Matter’ touch upon several different aspects of the artist’s unique sculptural and pictorial practices.4 An accumulation of racks removed from refrigerators are the stacked basis of a

minimalist sculpture—since they share the obvious affinities of industrial production—but it is an aesthetic that is also simultaneously undermined by pictorial asymmetries made evident in their stacking. Hence the idea of the creation of systematic objects as Donald Judd defined his works and those within minimalism is undermined, since on each occasion that the work of Rentmeister’s is installed there is a built sense of variability through its installation.5 It also rejects the repetitive pristine sense of fabrication and replication that typifies the works of minimalism. Conversely, a mop is propped against a wall connoting the utility of an exhibition space that so often presents itself as a creative or metaphorical site of aesthetic escape into an archival world of produced objects. The mop stands not only for an old-fashioned form of practical day-to-day utility, but also infers, perhaps, the secret anthropomorphic continuities of a hidden human presence. The presence exists however merely at an indexical level whereby the human utility is reduced to a signifier whose actual sign or identity remains undefined. This typifies the post-minimal instability in which the installed sculptural works of this artist thrive. It is also no doubt intentionally reminiscent of a familiar childhood play object (a horse of the imagination), of bed knobs and broomsticks, or the fantasized witch-like associations of the fairy tale. The viewer will find many nostalgic and open-ended associations are common to this artist’s sculptural investigations. In certain instances this can be seen as a poetic expression of the bringing together distant realities, and as a result there is sometimes (not always intentionally so) a touch of Surrealism evident in Rentmeister’s art works. A wall work is composed of coloured folders derived from the artist’s student years and from other biographical sources. It includes a folder of his landlord’s contract among others, but with its much adumbrated and frequently grease stained sense of individualised personal materials the wall installation forms a contentious yet witty parody of formality. In this respect the accumulated work is turned into a grid, and it reveals the emotional asymmetries of an artistic self-portrait transformed into the symmetry of a wall work masquerading as a minimal object. This dialectic of the playful and the post minimal is a crucial aesthetic position in Rentmeister’s extended artistic practice.6 The central space’s freestanding sculptures also pick up the theme of play and childhood. A four-storey sculpture is an admixture and metaphoric shelf and child’s bunk bed, a work that is intentionally made disproportionate in terms of scale, height and materials. The addition of laundry to the bunk shelves emphasises nocturnal associations of sleep and rest. However, the sharp angles of the ends of the bolted structure connote the cross angularities of the work conceived for a Church installation project in Cologne where it shown. That is to say after its first appearance as part of the Zagreb project. The last work is made up of old re-cycled refrigerators, a bucket of ‘baby’s bum’ Penaten cream, wood and Styrofoam, and might be considered as a large-scale three-dimensional sketch of sorts. It is an extension of the artist’s long established vocabulary of re-using fridges in his installations. The artist often uses these materials as part of a pictorial and three-dimensional discourse of

unity and fragmentation, which is to say minimalist sculptural objects as a series of forms, that are subsequently greased and/or held together by ephemeral materials. The white fridges allied to the use of baby cream form a strange congruity or set of relations, hard and soft, utilitarian domestic objects and a humanely sensitive use of tenderness. Both in their different ways, however, suggest relations to domestic nurture. Yet Rentmeister’s frequent use of Penaten baby cream, or other occasions fields of Nutella chocolate spread by the artist, cuts across all the formal high-minded tendencies and hard-edged industrialism of the minimalist discourse. In this particular sense play and childhood associated materials are often the means of affective displacement and expressive realisation. This stresses not only the humane emotional import of Rentmeister’s sculptures and installations, but importantly foregrounds at all times the immediacy of play and experiment that the artist practices within his studio. Hence ‘Considering the Matter’ gives access not only to the psyche of what is seen, but infers the hidden visible of Rentmeister’s artistic practice in the studio at the same time. This sense of ‘hankering in childhood’ as Nietzsche once called it, is the avenue to a greater emotional and expressive insight brought about by play. In childhood play is a spontaneous and intuitive necessity of learning and central to the development of human interaction. Whereas in adult life it emerges as the need that must be distilled and thought through, and vitally exercised if one wishes to keep the creative imagination alive. Yet sadly for most people in adult life today play is deferred, and only exorcised in relation to displaced forms of ‘sports theatre’ of various kinds. This is play turned into a commercial game or sport, a sports’ business, into collective and cathartic exorcisms of viewers and mass audiences. It has little to do with homo ludens where the personal need to play is paramount. Therefore the artist must retain playful traits that often lead to chance discoveries, but does not do so as exorcism, but rather as the creative synaptic potential that is found within the open and free form of playfulness itself. The installation called ‘Considering the Matter’ at HDLU, therefore affirms the role and necessity of play as central to the daily conditions of a creatively active and vibrant artistic life and practice.

1“Here we have at once a very important point: even in its simplest form on the animal level, play is more than a mere physiological phenomenon or a psychological reflex. It goes beyond the confines of the purely physical or purely biological activity. It is a significant function—that is to say, there is some sense to it.” Homo Ludens: A Study of the Play Element in Culture (1950) Boston, The Beacon Press, 1955, p.1 2 Friedrich Wilhelm Nietzsche (1844-1900 see “Tokens of a Higher and Lower Culture’ in Human All Too Human, (Eng. Trans., R.J.Hollingdale) Cambridge, Cambridge University Press, 1986, p. 129 (Ger. Menschliches all zu Menschliches, 1878, additions, 1879, 1890) 3 See Kirk Varnadoe and Adam Gopnik, High and Low: Modern Art and Popular Culture, Museum of Modern Art, New York, 1990. At the Kunst Akademie Düsseldorf, his professors for the Master Class were Günter Uecker and Johannes Hüppi (1987-93) 4 For an extended overview of his works, see Thomas Rentmeister Objects. Food. Rooms, Kunstmuseum Bonn and Perth Institute of Contemporary Arts, Dumont Verlag, 2012, and Thomas Rentmeister, Zwischenlandung, Kunsthalle Nuremberg and Museum zu Allerheiligen/Kunsthalle Schaffhausen, 2004. 5 Donald Judd, ‘Specific Objects’ (Art Yearbook 8, 1965), Donald Judd: Complete Writings 1959- 1975, Gallery Reviews, Book reviews, Articles, Letters to the Editor, Reports, Statements, Complaints, Halfax and New York, Press of Nova Scotia School of Art and Design, and New York University Press, 1975, pp. 181-189. The text appears in various excepted forms in Kristine Stiles and Peter Selz (eds.), Theories and Documents to Contemporary Art: A Sourcebook of Artists’ Writings, Berkeley and London, University of California Press, 1996, pp. 114-117; also in Charles Harrison & Paul Wood (eds.), Art in Theory 1900-1990: An Anthology of Changing Ideas, Oxford and Cambridge, USA, Blackwell, 1992, pp. 809-813 6 An interesting approach as to redefining art beyond the conventional categories of ‘minimal’ and ‘post-minimal’, is given in Peter Osborne, ‘Modernisms and Mediations’, Anywhere or Not at All: The Philosophy of Contemporary Art, London, and New York, Verso, 2013, pp. 71-98

The exhibition has been kindly supported by funding from the City Office for Culture, Education and Sports Zagreb and the Ministry of Culture of the Republic Croatia. 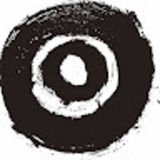