An old family album includes pictures of my father, sitting on the knee of his grandfather, who was a fisherman in the Scottish town of Dunbar. I am drawn to explore the place and to reach beyond the stories I was told by him about the town and its people. Having become a grandfather for the first time in May this year, the photograph has an added meaning and poignancy. The power of the image is in its simplicity and its universality. How many photographs like this have been taken over the years since cameras first recorded family events? This project is deeply personal and a reminder of my mortality. As Nathan Jurgensen puts it: ‘There’s always the possibility that the next photo you take will one day be lovingly removed from a box by some unborn great-grandchild.’ Nathan Jurgenson (2019) The Social Photo - On Photography and Social Media. Verso

Over past months, I have had an opportunity to discover for myself something about the community of Dunbar; a town where the old and the new parts are physically separated by the East Coast Main Line that connects London and Edinburgh. This portfolio is just a starting point and will be followed by further photography that will look more deeply and work more closely with people from the town, including a local writing group who have already responded with words of their own.

Sea is Summer Blue Kittiwake. Kittiwake. Their call fills the air. Eider ducks float in calm water. Herring gulls swoop with danger. The harbour walls are lined with lobster creels, neatly placed. They form a pattern beside fishing boatboxes filled with rope. A fisherman repairs a creel he ties green knots with care around the frame, while longing to be out at sea. Lesley May Miller

Strange dials, she thinks need to focus on dangers fog thoughts, blinks but nothing changes. Rockall, Malin, Hebrides crackled list on a door consciousness, measure it in degrees instructions; ship to shore.

Visibility, she regrets, used to be clear. Yes, that is it, a destination, A pinned postcard of a pier Do not drift, avoid frustration Island. Mean rocks instruments are moving, chart shows; friends in docks conditions improving. Ruth Gilchrist

Potpourri 12 A frost lay on her shoulder It was beautiful and frightening. Afflicted by this she twinned a pair of sturdy brown lace-up shoes Those firm foot foundations tied around each limb I get it now Grandma. Its in the bones Grandma loved to travel in Europe Railway line to cities Stream lined silhouette It is alive. It smells of itself And there’s a lot to be said for that. Judy Greenwood

The Herring Road By far and away it was the best day for leaving. A storm is resting on the horizon a baby is crying at old harbour number three. Cats and gulls are pacing and prowling by the boats hoping their breakfast will come easily. The creels are watching with their fish eyes for my grandmother, mother and me. I’ve tied rags around my feet and we all wear the men folk’s second best boots. It’s time to kiss and clasp a hand then leave them on a prayer without a backward look. Jo Gibson

Chantpleure At the midnight strike, down by the old harbour, singing ‘auld lang syne’, under the stars, the sleepy half moon, tears and waves, waves and tears change always ends up on the shore, crashing or lapping but always arriving. Jo Gibson

Work-in-progress portfolio - part of studies for an MA in Photography at Falmouth University. 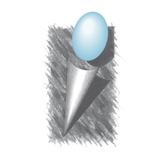