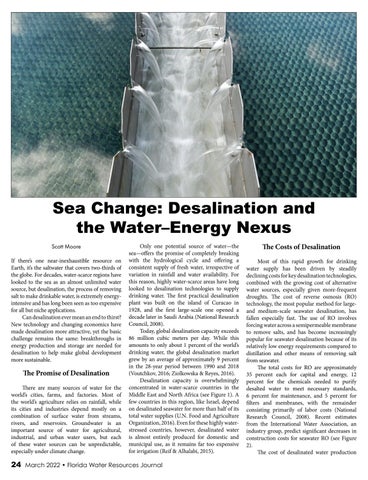 Sea Change: Desalination and the Water–Energy Nexus Scott Moore If there’s one near-inexhaustible resource on Earth, it’s the saltwater that covers two-thirds of the globe. For decades, water-scarce regions have looked to the sea as an almost unlimited water source, but desalination, the process of removing salt to make drinkable water, is extremely energyintensive and has long been seen as too expensive for all but niche applications. Can desalination ever mean an end to thirst? New technology and changing economics have made desalination more attractive, yet the basic challenge remains the same: breakthroughs in energy production and storage are needed for desalination to help make global development more sustainable.

The Promise of Desalination There are many sources of water for the world’s cities, farms, and factories. Most of the world’s agriculture relies on rainfall, while its cities and industries depend mostly on a combination of surface water from streams, rivers, and reservoirs. Groundwater is an important source of water for agricultural, industrial, and urban water users, but each of these water sources can be unpredictable, especially under climate change.

Only one potential source of water—the sea—offers the promise of completely breaking with the hydrological cycle and offering a consistent supply of fresh water, irrespective of variation in rainfall and water availability. For this reason, highly water-scarce areas have long looked to desalination technologies to supply drinking water. The first practical desalination plant was built on the island of Curacao in 1928, and the first large-scale one opened a decade later in Saudi Arabia (National Research Council, 2008). Today, global desalination capacity exceeds 86 million cubic meters per day. While this amounts to only about 1 percent of the world’s drinking water, the global desalination market grew by an average of approximately 9 percent in the 28-year period between 1990 and 2018 (Voutchkov, 2016; Ziolkowska &amp; Reyes, 2016). Desalination capacity is overwhelmingly concentrated in water-scarce countries in the Middle East and North Africa (see Figure 1). A few countries in this region, like Israel, depend on desalinated seawater for more than half of its total water supplies (U.N. Food and Agriculture Organization, 2016). Even for these highly waterstressed countries, however, desalinated water is almost entirely produced for domestic and municipal use, as it remains far too expensive for irrigation (Reif &amp; Alhalabi, 2015).

The Costs of Desalination Most of this rapid growth for drinking water supply has been driven by steadily declining costs for key desalination technologies, combined with the growing cost of alternative water sources, especially given more-frequent droughts. The cost of reverse osmosis (RO) technology, the most popular method for largeand medium-scale seawater desalination, has fallen especially fast. The use of RO involves forcing water across a semipermeable membrane to remove salts, and has become increasingly popular for seawater desalination because of its relatively low energy requirements compared to distillation and other means of removing salt from seawater. The total costs for RO are approximately 35 percent each for capital and energy, 12 percent for the chemicals needed to purify desalted water to meet necessary standards, 6 percent for maintenance, and 5 percent for filters and membranes, with the remainder consisting primarily of labor costs (National Research Council, 2008). Recent estimates from the International Water Association, an industry group, predict significant decreases in construction costs for seawater RO (see Figure 2). The cost of desalinated water production 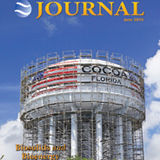 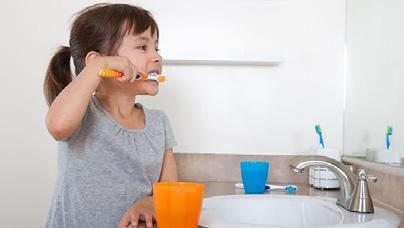 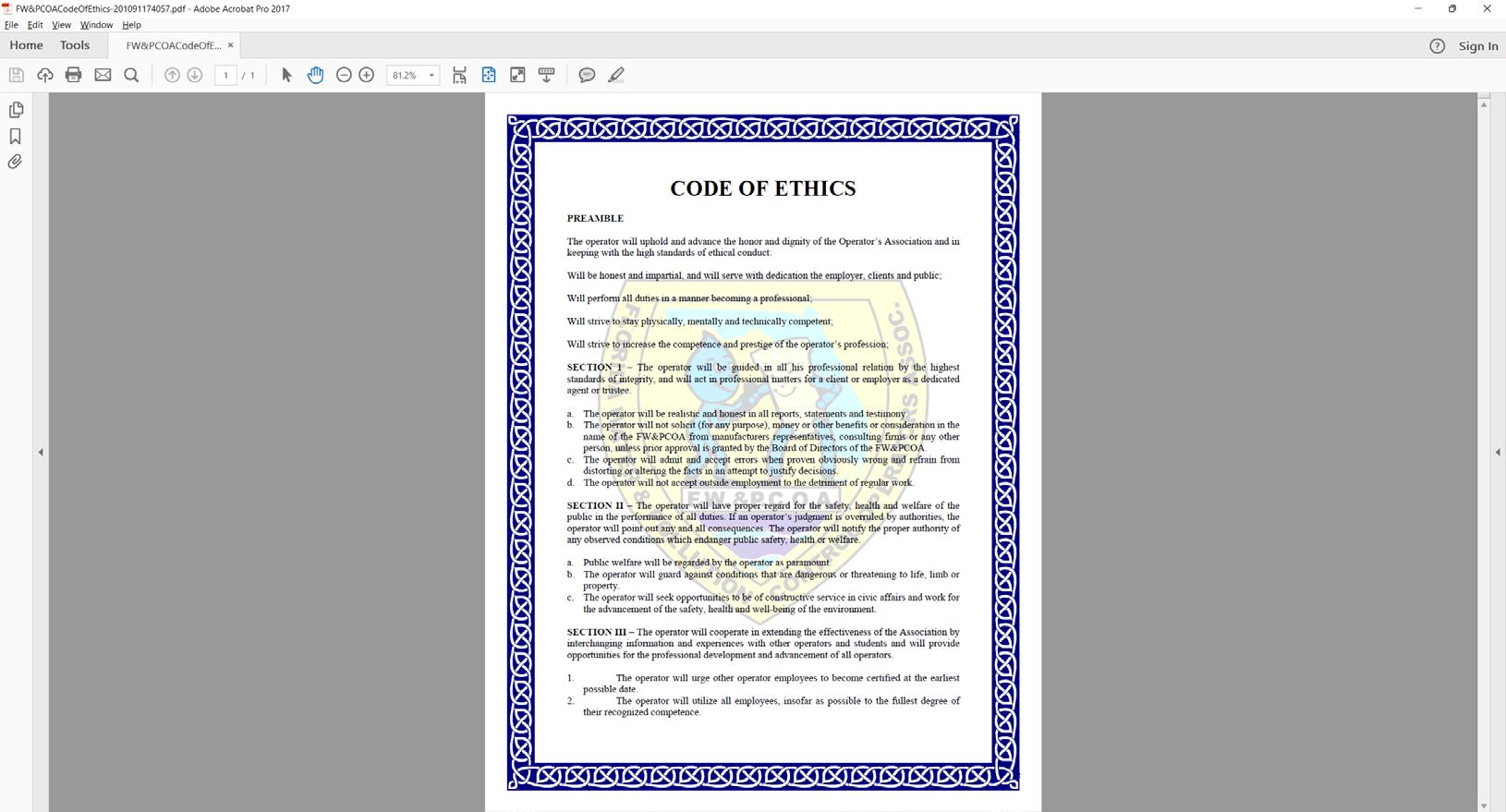 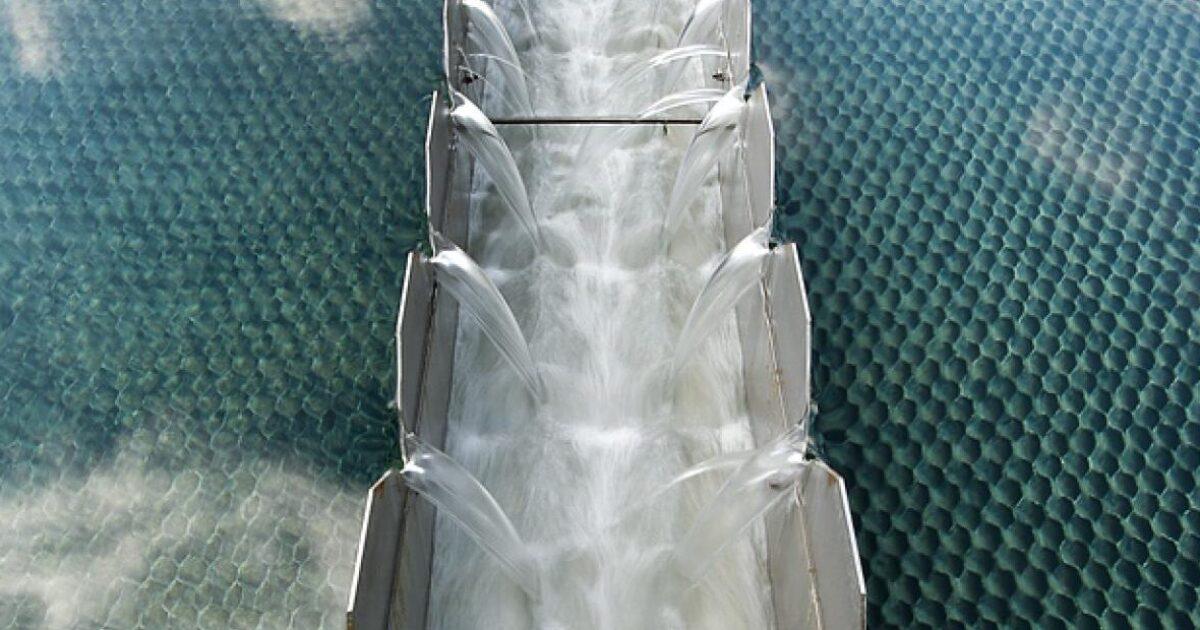 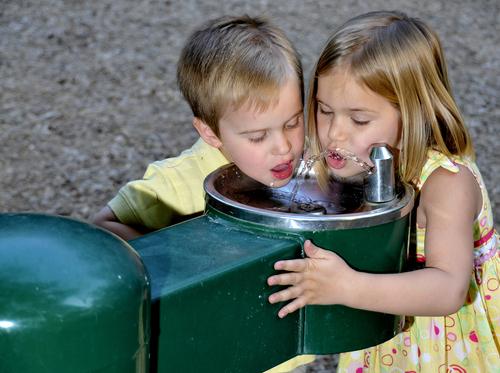 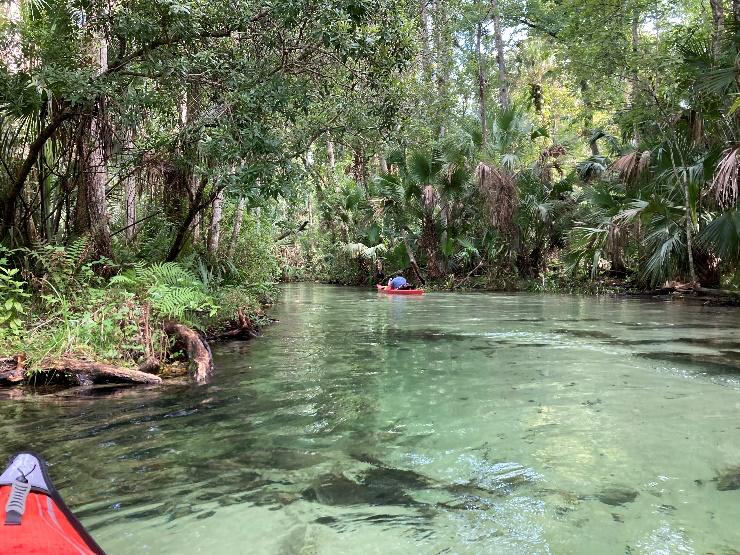 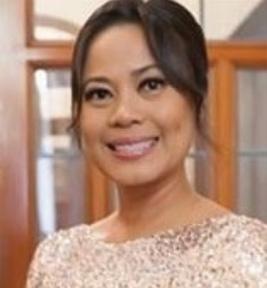 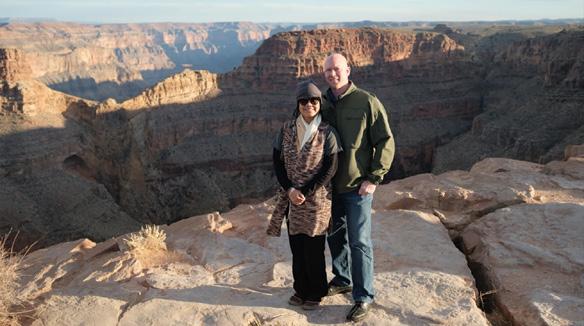 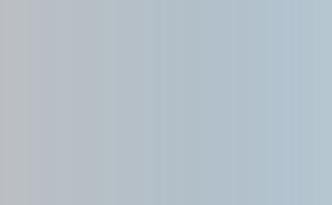 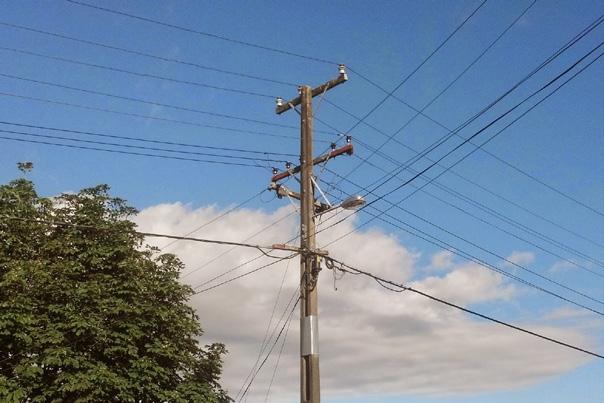 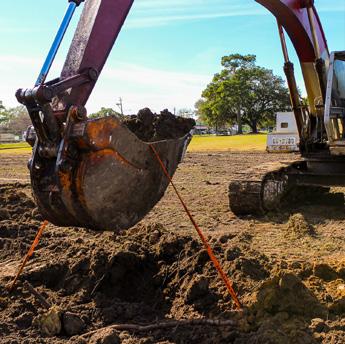 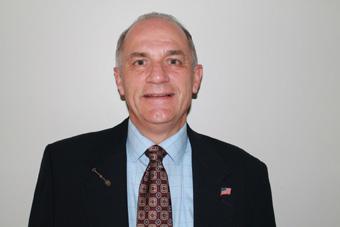 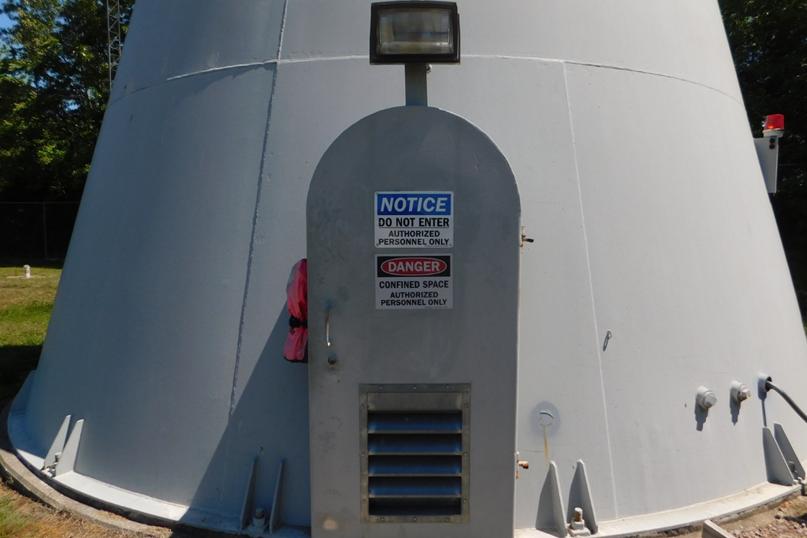