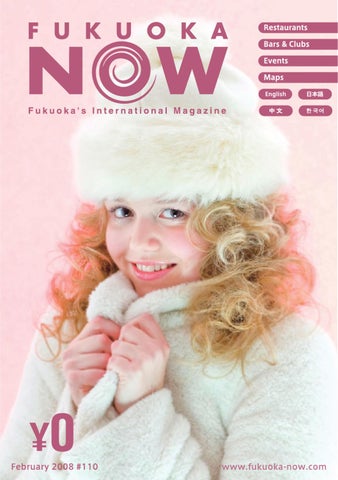 in the city of Nagoya by April next year in an

is expected to select Fukuoka City as the

effort to solicit companies to set up shop in

will concentrate their research and

park. According to sources, the site of Canal

development activities at their plant in

Motors, has the largest concentration of

City #2 is the prime candidate, and their

decision will be made this month. They

a new wing at their Imari plant to handle

intend to begin operation in conjunction with

the increased workload. This will integrate

Kyushu are promoting the growth of the

the start of the Kyushu Shinkansen in 2011.

at one location the 1,000 technicians

auto industry with the goal of establishing

conducting R&amp;D for the company in seven

a system capable of producing 1.5 million

The Kumamoto Chamber of Commerce

and Industry conducted a recent survey

of Kumamoto City companies regarding

Kyushu University will establish a new

Statistics for traffic fatalities in 2007 in all

the prospects for the economy in 2008.

More than half of the respondents replied

was learned. These studies involve the

board decline from totals in an ordinary

that their expectations were for stagnant

examination of emotions, feelings, and

year. Only 199 were killed last year in traffic

conditions. They also answered that they

sense impressions and applying those

accidents in Fukuoka Prefecture, a decline

had no idea when a recovery would occur.

results to such fields as craftsmanship and

of 42 fatalities from the previous year. This

social welfare. It will be the first university

is the first time there were fewer than 200

in the country to establish a graduate

traffic-related deaths in the prefecture

school for the comprehensive study of this

since police began keeping statistics in

The Kyushu National Museum in Dazaifu,

1946. The police attribute the low numbers

Fukuoka Prefecture, held a meeting for

The university will apply to the Ministry of

to enhanced policies to prevent traffic

local educators to present and explain

Education in March for authorization.

accidents involving the elderly, which

the educational kits it has developed for

use by primary and junior high school

the movement to prevent drunken driving.

students. The museum will lend out trunks

containing a complete set of materials to

year 2008, the first year the program is

in place, the museum will restrict the

Mitsubishi Heavy Industries have teamed to

program to schools in Dazaifu, but expand

school boys. It was the fourth time the team

it to include Fukuoka Prefecture the next

had reached the finals, but the first time

it was learned. They have developed the

year and then extend it to all of Kyushu

they won the title. The championship had

conception of a high-performance lithium ion

after that. The museum&#39;s exhibits focus on

been won by a Kinki region team for nine

battery for plug-in hybrid vehicles, which can

Japan&#39;s historical associations with the rest

in the finals seven consecutive times, but

the home. They hope to commercialize the battery by 2015.

the Higashi Fukuoka victory broke both of 福岡に「水素タウン」

The Kyushu Bureau of Economy, Trade, and

The Chambers of Commerce and Industry

Industry released a report on the climate for

prefecture in 2008, in which more than

of Kitakyushu and Shimonoseki will launch

40% of the energy demand will be supplied

in May a trial sightseeing program in which

in Kyushu and the problems those who

by hydrogen-based energy sources. In

would launch such companies face.

addition, Fukuoka City and Kitakyushu have

boat. After the trial is conducted throughout

Among the problems they cite is that local

the summer, officials will decide whether

governments have shifted their attention

project in which hydrogen supply facilities,

to make the cruises a regularly scheduled

to attracting existing companies in specific

the equivalent of gasoline stations, will be

program. The cruise will pass by the

industries, which has a more immediate

built in both cities for autos powered by

effect on the local economy, as well as

fuel cell batteries. The cars will be driven

which played an integral part in Japan&#39;s

a dwindling budget for supporting new

on public roads to test the feasibility of the

modernization, as well as Kitakyushu Eco-

startups. They also note that it is difficult to

system. The private sector will be providing

Town, with its windmills for generating

attract personnel in a seller&#39;s market.

assistance in both cases.

meaning that tourism trends have to be

It was revealed that a major remodeling is

extrapolated from regional surveys. An

Of the various plans to increase runway

planned for the Yahoo Dome in Fukuoka

analysis of actual conditions in Kyushu,

capacity at the Fukuoka Airport, one calls

which is the destination of many Korean

for a construction of a new airport on an

to increase its capacity. The remodeling

tourists, can be utilized to develop tourism

artificial island in the sea. If the Ministry of

plan, which is expected to be finalized by

strategies that meet tourist needs. The

Land, Infrastructure, and Transport then

permitted the removal of restrictions on

are Kyushu Sangyo University and the

building heights in the city as a result, and

will begin at the end of the next baseball

University of East Asia in Busan.

the current permissible building area to

season. When the work is finished, the

land area ratio is increased by 200%, it could

raise the land value of districts near Hakata

of spectators as the Tokyo Dome, whose

Station and Tenjin by as much as three

Prefecture are working together for the

heights in those areas are now restricted

because of the proximity of the airport.

computers for use in junior high school

classrooms under a bidding procedure.

A joint study will be conducted by

universities in Japan and South Korea to

PCs as they were needed, resulted in

examine tourism trends and satisfaction for

Thursday. Keep up with what&#39;s happening

travelers between the Port of Fukuoka and

method has resulted in a 30% reduction in

the Port of Busan as the number of tourists

public outlays. The five municipalities are

between the two countries continues to

Shinohara-machi, and Munakata. News source: With permission from the morning editions of the Nishinippon Newspaper.

Apartment in Tenjin for Rent Fur nished 1-room apar tment for rent, conveniently located next to Shoppers Daiei in Tenjin. On the 3rd floor, also suitable as an business-based office or school. No key money is required and the rent is 43,000 yen per month. Please email to arrange an inspection. Matthew Asser rooboy88@hotmail.com 2 iPods For Sale 5th generation 30GB white iPod, holds on average 7,500 songs, ¥25,000. The second is a 4GB iPod nano, the most recent version. Comes with the original packaging, as well as headphones. It’s only a few months old, ¥13,000. Stuart Frisby stuart@36-degrees.co.uk Kei Car Wanted 660cc kei car with at least 1 year of shakken. Ideally a fairly tall model (Suzuki Wagon R or similar) but anything will be considered. Matt Stratford matt01@gmail.com Honda Today 50cc Scooter For Sale Good condition. Only 2,500 kms. 4 stroke engine. Very fuel efficient. ¥33,000. Price will reduce by ¥1,000 per week until sold! Also, helmet available for ¥2,500. havensport@gmail.com 250cc Motorcycle For Sale Leaving Japan at the beginning of March and selling a Honda 250cc Spada (50,000 km). Very reliable bike that will come with helmets, a tank bag. I need the bike until 26th Feb. Asking ¥100,000 for these items. Also some other furniture, like desks, book cabinets and clothing cabinets for sale or give-away if you purchase something large from me. Books &amp; teaching materials also available. Kevin Thomas eigoplanet@jcom.home.ne.jp

Jobs Experienced British Teacher Available I am British, 35, and have just arrived in Japan after 6 years in China where I have been with Zhejiang University, China’s number three university, teaching Biology and also teaching Oral English at a Business college, and also occasionally at school level. Prior to this I was education officer for a famous zoo in the south of England. I’m enthusiastic and passionate to engage students and not simply teach in a run of the mill fashion! Chris Wood wopod1@yahoo.com Native Chinese Teacher Wanted We are urgently looking for a native Chinese teacher who can teach Mandarin to both Japanese children and adults. The position starts right away. Hearthside Language School nogata@hearthside-ls.com

Language Learning I want to Learn Japanese I know only very basic Japanese and I want to improve my skills. I need someone who can meet me in Kasuga City on either Mon., Tue., or Thu. around 4 pm until 5 pm. Brad elfbp@yahoo.co.jp Russian/Ukranian Language Teacher Wanted I am trying to study Russian/ Ukranian and am looking for someone to teach me. I am an absolute beginner and hope to get to a basic conversation level. Of course I will pay for my tuition. Max Bushnell i-nomad@hotmail.com Thai Language Teaching I am Thai and come from Phuket. I live in Fukuoka and am teaching the Thai language to Japanese students who are interested in Thailand culture. Please contact me if you would like to learn Thai and talk about Thai culture. Apichai Pata neo-kpata@softbank.ne.jp Interested in Russian I’m a Japanese woman in my 20s. I have been interested in Russia for a long time. I’ve studied Russian language by myself, but it’s hard... I’m looking for someone who can teach me Russian language or culture and lifestyle. Yuri chocoball_u@hotmail.com

Personals Golf in Fukuoka Is there anyone golfing in Fukuoka. I want to start golfing once a month and I want to meet similar minded people. If you are interested in golfing or have information for me, please email. Aaron C teachingenglishinjapan@yahoo.com Korean Friends/Language Exchange I am a Japanese female who lives in Fukuoka. I am looking for Korean friends or an exchange partner (Japanese - Korean). My Korean level is beginner. I like to dine out, go to movies and travel. Fukuoka Lady fukuoka2134@yahoo.co.jp French-Japanese Language Exchange If you are interested in language exchange, please send me a message. I’m a French teacher in Fukuoka. To post your own message, access our forums page at www.fukuoka-now.com/forums, read our posting policy, fill out the online form and post your message for free! 『フォーラム』は、当社 WEB サイトとのメディアミッ クスサービスのひとつです。ご利用や規約については &lt;www.fukuoka-now.com/forums/&gt; をご覧下さい。

The map is split into areas for your convenience. For a full list of the map numbers and letters, please see page 33 for Map Index.

Khaosan Hostel down this road See ad on p. 28

Karoline from Latvia stars on our wintery February cover, and inside this issue, we take a trip to Nagasaki for the annual Lantern Festival. Our Gekkan Gaijin this month is Neela- a Bollywood movie dancer and instructor. Plus... [Restaurants] Tako Shogetsu, Dois Lagos, Gumrandee, Cache Cache 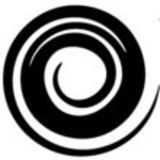