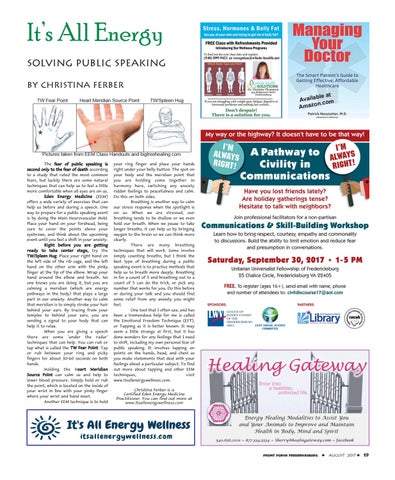 GARI MELCHERS By Ralph “Tuffy” Hicks A famous world artist lived just across the Rappahannock river in Falmouth, at the Belmont Estate. Julius Garbaldi Melchers was born in Detroit on August 11, 1860, the son of German born American sculptor Julius Melchers. He would be known as Gari from his early childhood nickname. Gari studied art in his teen years and was in Paris by the age of 20, where he worked and studied in several art studios under several famous European artists.

Several of his paintings from the World Columbian Exposition of 1893 are now in the Library of the University of Michigan in Ann Arbor. While on a trans-Atlantic cruise in 1902 he met his future wife Corinne Mackall, a Baltimore painter born in 1880, twenty years younger than Gari. Corinne had studied at the Maryland Institute Practical School for Mechanic Arts. They were married in 1903. Corinne and Gari would share their love for art until Gari’s death. In 1909, he was appointed Professor of Art at the Grand Ducal Saxony School of Art in Weimar, Germany and it was not until 1915 the he returned to New York. In New York City, he opened a studio at the Abraham Archibald Anderson’s Bryant Park Studios building that was the most famous in the country. He and Corinne would travel back and forth between his Belmont Estate in Virginia and New York City. He completed his studio at Belmont in 1924, and loved the gardens at Belmont and the surrounding area. On November 30, 1932, Gari Melchers died at Belmont while reading his mail of a Heart attack. Corrinne would live at Belmont until her death, 23 years later in 1955. She would leave the entire Estate of Belmont to the Commonwealth of Virginia. One of his paintings sold at auction in 2004 for $900,000.00. Several of his works are still lost such as “The Ring. A man smoking a long stem pipe giving a lady a ring. Belmont is open daily except for Wednesday, a beautiful 27 acre well maintained attraction with over1,677 of works done by Melcher. In the summer Belmont is a beautiful place to visit with family and friends, In the historic Town of Falmouth. Dedicated to the memory of Randy Diehr &amp; Ronnie Baker Tuffy is FrontPorch&#39;s resident FXBG historian

A look at the Central Rappahannock Heritage Center collection

In 1884, in Holland he founded the Egmond aan Zee with George Hitchcock an American artist. He began to become well known for his ability in 1886 at the Paris Salon with his painting called The “Self Portrait” Geri Melchers Sermon. In 1903, he became the first American painter to win a Grand Prize at the Paris Exposition along with fellow artist John Sargent. He also became a member of the National Academy of Design, New York and several other groups in Paris. London and Germany.

Historians are the guardians of prominent events and people throughout the past who have chronicled the events our country’s evolution. As a historian and lives of those who have come before and editor, much of his writing focused on us. They provide connectivity to the past the American Revolution through World we otherwise would not have. We learn II, prominent U.S. historical figures what we cherish and the mistakes we made associated with these conflicts, including from history. Knowing our history gives U.S. Presidents and Congress. Hay us an invaluable reference point as to how reviewed books on American history for far we have progressed as a society in The New York Times as well as trade culture, tradition, and technology. publications. One can only imagine the We are very fortunate to live in breadth of knowledge he possessed to not an area steeped in history beginning with only research and document his work but the first settlement in the New World to to comment on the work of other becoming a pivotal point historians of his day. Knowing our of expansion to what Documenting history is history gives us an eventually became the a multi-faceted discipline for United States. The invaluable reference point historians of which Thomas Rappahannock area is Robson Hay is a prime as to how far we have inarguably at the progressed as a society in example. His well-researched crossroads of the Civil facts, understanding of culture, tradition, and War. Countless books, politics, economics, and social technology films, and organizations issues of the times have been dedicated to relating the events demonstrate his ability to provide a of this war which occurred in our own thorough and comprehensive narrative of back yard. historical events. Modern communications has The Hay Collection contains over 600 brought well-known biographers such as documents and photographs preserved by Ken Burns, Shelby Foote, and David the Heritage Center. His early McCullough into our homes. But who manuscripts typed on onion skin paper recorded history before they came along? are yellowed with age. Hay’s handwritten One such historian was Thomas Robson notes in the margins give us a sense of his Hay (1888-1965), whose personal papers attention to meticulous detail. Extensive and manuscripts, along with his extensive correspondence with other historians and research, are archived at the Central military leaders tell us about his thirst for Rappahannock Heritage Center (CRHC). accuracy in recounting events in American Mr. Hay’s contributions to American history. The correspondence in this history are innumerable. The military collection of soldiers and their family history prize was awarded to him by the members appeals to us at a very visceral American Historical Association for his level. Photographs of generals to low comprehensive body of work on Hood’s ranking soldiers and pictures of their Tennessee Campaign published in 1929. families speak volumes. They tell a story Hay describes in exhaustive detail the just as well as the written word. leadership of Confederate General John The collection of Thomas Robson Bell Hood accompanied with military maps Hay is a one of the many archived by the of one of the Civil War’s major battles. Central Rappahannock Heritage Center. Just one of his noted accomplishments. Donna McCague is a volunteer and Hay was a preeminent historian Volunteer Coordinator at CRHC. during his lifetime producing works about

The fear of public speaking is second only to the fear of death according to a study that rated the most common fears, but luckily there are some natural techniques that can help us to feel a little more comfortable when all eyes are on us. Eden Energy Medicine (EEM) offers a wide variety of exercises that can help us before and during a speech. One way to prepare for a public speaking event is by doing the Main Neurovascular Hold. Place your hand on your forehead, being sure to cover the points above your eyebrows, and think about the upcoming event until you feel a shift in your anxiety. Right before you are getting ready to take center stage, try the TW/Spleen Hug. Place your right hand on the left side of the rib cage, and the left hand on the other arm with the pinky finger at the tip of the elbow. Wrap your hand around the elbow and breath. No one knows you are doing it, but you are calming a meridian (which are energy pathways in the body) that plays a large part in our anxiety. Another way to calm that meridian is to simply stroke your hair behind your ears. By tracing from your temples to behind your ears, you are sending a signal to your body that can help it to relax. When you are giving a speech there are some &#39;under the radar&#39; techniques that can help. You can rub or tap what is called the TW Fear Point. Tap or rub between your ring and picky fingers for about 30-60 seconds on both hands. Holding the Heart Meridian Source Point can calm us and help to lower blood pressure. Simply hold or rub the point, which is located on the inside of your wrist in line with your pinky finger where your wrist and hand meet. Another EEM technique is to hold

your ring finger and place your hands right under your belly button. The spot on your body and the meridian point that you are holding come together in harmony here, switching any anxiety ridden feelings to peacefulness and calm. Do this on both sides. Breathing is another way to calm our stress response when the spotlight is on us. When we are stressed, our breathing tends to be shallow or we even hold our breath. When we pause to take longer breaths, it can help us by bringing oxygen to the brain so we can think more clearly. There are many breathing techniques that will work. Some involve simply counting breaths, but I think the best type of breathing during a public speaking event is to practice methods that help us to breath more deeply. Breathing in for a count of 5 and breathing out to a count of 5 can do the trick, or pick any number that works for you. Do this before or during your talk and you should find some relief from any anxiety you might feel. One tool that I often use, and has been a tremendous help for me is called the Emotional Freedom Technique (EFT), or Tapping as it is better known. It may seem a little strange at first, but it has done wonders for any feelings that I need to shift, including my own personal fear of public speaking. It involves tapping on points on the hands, head, and chest as you make statements that deal with your feelings about a particular subject. To find out more about tapping and other EEM techniques, visit www.itsallenergywellness.com. Christina Ferber is a Certified Eden Energy Medicine Practitioner. You can find out more at www.itsallenergywellness.com 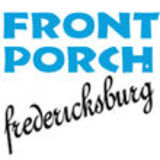