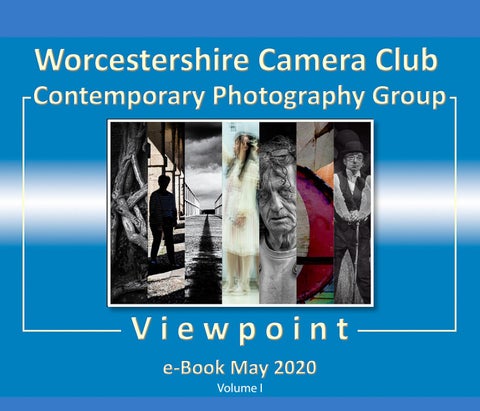 Spirit of the North East

The industrial areas of Tyneside have a particular attraction for me. Much industry has gone but in the grime, neglect and decay there is for me beauty. I have tried to portray what I feel about the area both from the photographs themselves and the processing. Black & White seems appropriate for an area that for generations was the Coal Capital of the UK. The industrial and commercial pioneers who created the wealth were straight-talking, no-nonsense people with a vision. Many lived in the suburb of Jesmond where they built mansions, villas and churches with the same zeal they displayed in business. Newcastle in particular is re-inventing itself. What remains of the past is a memorial to those rough, tough entrepreneurs.

You have the right address. You checked it before you set off. And again, now youâ&#x20AC;&#x2122;re here. There should be someone in. Youâ&#x20AC;&#x2122;ve rung the bell, more than once, trying not to show your frustration. Now you lean forward, shading your vision by raising your arm and look through the rather grubby window. Signs of life? Well, someone has been here. But no one comes to answer your ring. You look through another window. Nothing moves. You give up and walk on.

I am at the moment working on a handmade photo-book. Some of the images to be used are shown here. The book will be entitled â&#x20AC;&#x2DC;Abstract Visionsâ&#x20AC;&#x2122; and the binding will be Japanese Stab Stitch. I will be using Irish red linen thread for the binding. Some of these images have been seen before at the Club Contemporary meetings. Others have been dredged from my computer catalogue going back some years. I hope to have the book finished in a couple of weeks but it is going slowly at the moment due to construction and design considerations. (Decisions, decisions).

John Hoath 01 The End of the Road

John Hoath 09 The Nuts and Bolts

John Hoath 10 The Devil is in the Detail

I am frequently bemused by the world in which I find myself, of people’s perceptions, constructions and maintenance of the ‘reality’ that exists in their minds. As a retired behavioural scientist, I am still both thankful for, and delighted by, this bemusement and will, hopefully, never tire of attempting to peek down the rabbit hole. My photography, such as it is, supports me in this desire. I sometimes ‘see’ things that resonate with me as such glimpses down the rabbit hole in that they seem to indicate more than they are, so I try to make images of them to express this quality. Ruth says that all my images are ‘selfies’, and she may well be correct.

Stewart Bourne 08 Once, When We Were Heroes

Clive Haynes Home by the Sea

We’re an island race and the UK is small enough to allow anyone of us to ‘be-beside-the-sea’ within a few hours. However, many of us, even those living near the coast, take our attraction to the sea one more step. We either buy or rent a property at the seaside, which need not be bricks and mortar, or at all grand. Hence the popularity of beach huts as a phenomenon. These jaunty, cheek-by-jowl, tiny dwellings populate seafronts, promenades and beaches in serried ranks, or they’re tucked away between the sand dunes. Often colourful and quirky, many are privately owned, while others are municipally rented-out. They may cost as little as a few pounds per day or change hands at astronomical figures, perhaps as much as a quarter of a million pounds for those in choice locations. This is a selection from a much larger series. The series illustrates how the different styles reflect their owner’s character, their charming quirkiness, and in some cases, their dilapidation. Whether they are a ‘home from home’ or a ‘working-style hut’, they all represent that very British longing ‘to-be-beside-the-sea’, tinged with nostalgia for that golden childhood experience.

Clive Haynes Home by the Sea 01

Clive Haynes Home by the Sea 02

Clive Haynes Home by the Sea 03

Clive Haynes Home by the Sea 04

Clive Haynes Home by the Sea 05

Clive Haynes Home by the Sea 06

Clive Haynes Home by the Sea 07

Clive Haynes Home by the Sea 08

Clive Haynes Home by the Sea 09

Clive Haynes Home by the Sea 10

Clive Haynes Home by the Sea 11

A March day in Weston started with a little colour in the sky but rapidly became monochrome. Here is a selection of what I found as I wandered around the town. This was at the beginning of the Covid 19 crisis and there was apprehension in the air.

Charles Ashton 05 Off to Scramble

Charles Ashton 06 A man and his dog

Charles Ashton 07 On the Way to the Beach

Charles Ashton 10 Looks meaner than he is

Charles Ashton 11 Under the Pier

Following on from my fascination of 'Light in Dark Places', I have selected these images which rely upon the shadows as the subject matter. A case of darkness being explored and celebrated! These are all from my holiday in Northern Spain last year. The windows in village houses were all heavily barred because they frequently run bulls through the village centre.

Nigel Reader The Clock is Ticking

This is from a series I started 2007 when I worked in central Birmingham. I found the city architecture and public spaces interesting and took photographs as and when I could. I used film, for a variety of reasons, including a desire to force a more considered approach as well as striving for a more documentary or reportage style. I also wanted to record time passing and change within the city and the consequent disappearance of some aspects of it. Creating something permanent (photographic negatives) as opposed to ephemeral (digital data) also seemed a fit. Each of these images is now impossible to replicate because in only a few years demolition and change have brought about some element of permanent change.

Nigel Reader 01 The Clock Is Ticking

Nigel Reader 07 Out of City

The Cuban mountain range of Topes de Collantes was the Rest and Recreation centre for the Russian and East German troops who were â&#x20AC;&#x153;helpingâ&#x20AC;? Cuba thought the 60s, 70s and 80s. When the Berlin Wall came down in 1989, the troops were withdrawn and the Cubans were left with a legacy of military buildings. Some were refurbished, some were never completed. This set of photographs shows the decrepit nature of some of these buildings and how some are being re-used as hotel accommodation.

Eric Williams 10 Plants Are Taking Over

Reality is a fugitive thing in photography and can easily be distorted and changed by using photographic techniques. This set of images all change reality considerably by using multiple exposure in my ‘phone. The subjects are everyday things and they were all taken during my walk along the river near my house (following the ’lockdown’ rules of course)