The Revolution That Gave Birth to Haiti 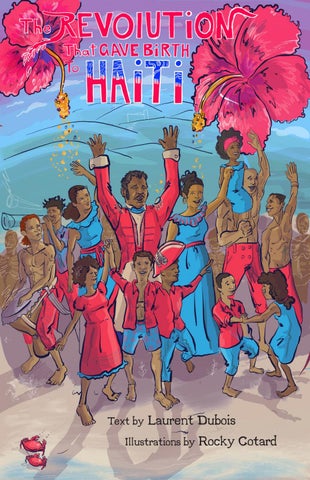 I have avenged America.

Illustrated by Rocky Cotard Rocky Cotard defies the narrow representation of Haiti through media, encouraging pride in the Haitian experience. Cotard has been an adjunct professor at Lesley University, has exhibited his work in galleries, and has been featured in Migrating Colors: Haitian Art in New England, created by the Haitian Artists Assembly of Massachusetts (HAAM). Find him on Instagram @rockycotard or at rockycotard.com.

Written by Laurent Dubois Laurent Dubois is a Professor of Romance Studies and History at Duke University and the Director of Duke’s Forum for Scholars and Publics. He is the author of Avengers of the New World: The Story of the Haitian Revolution and Haiti: The Aftershocks of History. He tweets @soccerpolitics.

Copyright © 2020 by Laurent Dubois. Illustration copyright © 2020 by Rocky Cotard. All rights reserved. Portions of this book were published in 2018 in different form as “The Slave Revolution That Gave Birth to Haiti” on TheNib.com. Revised edition by Laurent Dubois and Rocky Cotard. Production by the Forum for Scholars and Publics at Duke University, Durham, North Carolina. fsp.duke.edu

There is a Vodou song in Haiti that recalls the Middle Passage.

“In the belly of the slave ship, we are all one.”

The Haitian Revolution was dreamed up and carried out by enslaved women and men, most of them African-born survivors of the Middle Passage.

How did they succeed, against all odds?

They succeeded in freeing themselves and created a new country based on the self-evident truth that no one should be a slave.

In the late eighteenth century, French Saint-Domingue was the most profitable colony in the world.

Slave labor produced sugar and coffee for the markets of Europe.

Some slaves ran away to form maroon communities, while others did what they could to create spaces of sanctuary within the plantation.

The huge profits for planters and merchants depended on daily violence and terror inflicted on the enslaved majority to keep them from rebelling. Some free people of African descent were able to acquire plantations or properties in the towns, though they faced social and legal discrimination.

The French Revolution of 1789 changed things. Political conflict weakened colonial power, and news reached the island of declarations in Paris about universal human rights. Free people of African descent demanded these equal rights, too, but faced fierce resistance from many white planters.

At a religious ceremony at Bois-Caiman, they gathered together to strategize and gain strength

Meanwhile, the enslaved watched, listened, and began to plan.

And then, in a coordinated assault, they rose up in the North of Saint-Domingue, burning plantations and cane fields,

smashing the sugar works, and killing their masters.

for the struggle ahead.

The insurgents of Saint-Domingue transformed themselves into an army and made increasingly bold demands,

By 1793, they had won their freedom through an alliance with Republican French officials, who turned to the insurgents in order to protect the colony from invasion by rival empires.

including the complete abolition of slavery.

A delegation travelled to Paris and explained how the insurgents were protecting the colony for France, while white planters were turning to England in a bid to preserve slavery. The National Convention declared slavery abolished throughout the French empire. This was the first time in recorded history that a nation abolished slavery.

On many plantations, women took a lead role, insisting they had more time for themselves away from the fields. But revolutionary leaders, including Toussaint Louverture, believed SaintDomingue still needed plantations, and that former slaves should become wagelaborers.

But what is freedom? For the formerly enslaved, it meant having their own land to cultivate for families and communities.

They argued the colony needed sugar and coffee to trade for other goods, including the weapons they needed to defend freedom.

For they knew there were many enemies of emancipation

He sent a massive military mission to Saint-Domingue to get rid of Toussaint Louverture and other black leaders.

When Napoleon Bonaparte rose to power in France, he listened to those who argued emancipation had been a disaster.

Despite their many years of loyal service to France, he distrusted them. And he knew that he would need them out of the way if he wanted to re-establish slavery.

severely underestimated the determination of the people of the colony to remain free.

A new society had been born in Saint-Domingue, and the population was not going to go back. The arrival of the French troops set off a brutal year-long war,

It was the only successful slave revolution in history. but the defenders of liberty ultimately triumphed in late 1803.

With the defeat of the French, Haiti was born.

See also Slave Revolution in the Caribbean, 17871804: A History in Documents (Bedford Press,

2006) by Laurent Dubois and John Garrigus,

or watch the PBS documentary, EgalitĂŠ for All: Human Rights and the Haitian Revolution, available on YouTube.

The Revolution That Gave Birth to Haiti

Illustrated by Rocky Cotard. Written by Laurent Dubois. Portions of this book were published in 2018 in different form as “The Slave Revolution That Gave Birth to Haiti” on TheNib.com. Revised edition by Laurent Dubois and Rocky Cotard copyright © 2020. Production by the Forum for Scholars and Publics at Duke University, Durham, North Carolina. 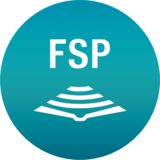