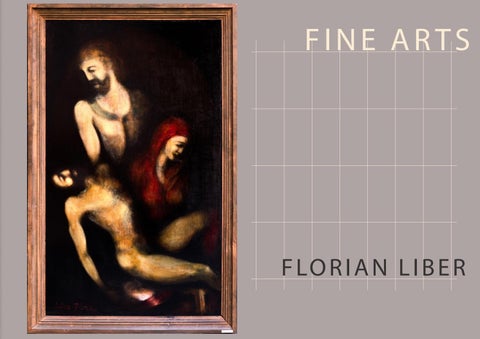 EUROPEAN LEVEL CRITIC REVIEW “When I first looked at Florian Liber `s works last year , I was disconcerted .l knew he was a student at the Fine Arts Faculty of Timisoara . While examining his works I could not find anything to relate them to. Naturally , I thought of waiting to see what would follow. What followed -this year’s paintings - seemed to be a direct and natural continuation of his first works. Nothing has changed in his vision, which proves that what I saw a year ago was not the fruit of a momentary artistic disposition, but the expression of an inner structure , characteristic to his intimate self . The artist gave shape to this structure , and this shape seemed to have been used unconsciously as if “dictated “. It made me think of Caravaggio’s painting ,the one in which Mattei ,the Evangelist ,sitting in front of a piece of paper ,seems to listen to the words whispered from the left by the angel who leads his hand . I intentionally mentioned Caravaggio`s name .There is a sort of kinship between Florian Liber’ s works and those of the great master of the European tenebroso at the beginning of the 17th century , a kinship which can be easily noticed in the technique they use by anyone with some knowledge in the field .But this aspect cannot be considered ad litteram .For the Italian painter ,the chiaroscuro technique as well as the unswerving ,vigorous drawing were the most appropriate means to emphasize the physical and the material side of the world .Thus ,one can say that caravaggio is one of the indisputable masters of the realism of all times .In contrast , in Florian Liber `s paintings ,the drawing.seems togrow blurred until it is not perceived as such anymore , it is dissolved, we might say in darkness and semi-darkness which close in gently upon figures .It is a procedure through which the artist seems to emphasize the spiritual content of his works . “ Curator and art critic 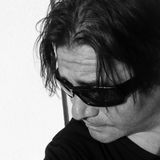