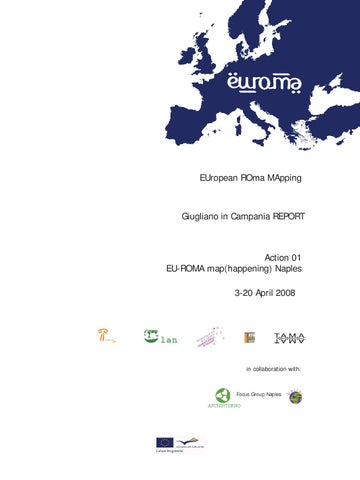 lan in collaboration with:

The “Camp” of Giugliano is an unofficial “spontaneous” settlement accommodating roughly 500 people of whom 50% are adolescents and children. The group is divided into 85 families, all from the ex-Yugoslavia. Some have lived in Italy for more than forty years but the majority came over to join family members already living in the area as part of the flow of migration following the 1991 Balkan war.

The settlement and its inhabitants

General map of the settements

img 4 - General map of the area

In Giugliano culture, traditions and language are still passed on orally. Unlike the new generations, the old, who are by now parents or grand-parents, are illiterate aside from some men who claim to have learned to read and write in order to pass their driving test. The languages spoken are Romanès, Serbo-Croato and Italian. Relationships with non-Rom (principally mediators and institutions but also employers) in the area are good although contact is infrequent. The settlement is set up as a continuous camp subdivided into 13 units. Of these camps number 11, 7 and 13 have been monitored (called the “Opera Nomadi” and recognized by the inhabitants), as they are substantial from the point of view of the settlement and represent a heterogeneous sample of the present situation. The remaining settlements are composed of single family units. The settlement is located in the municipality of Giugliano, to the north-west of Naples, at the outer limits of the urban centre, on the external ring-road following the State Highway 162. Giugliano is served by suburban public transport which however does not cross the area of the settlement which is therefore accessible only by private means. The camp, in existence since 1991, was constructed on agricultural land flat with both cultivated and wild green areas, as the Rom who have been since then will confirm, and still resembles agricultural land of the past. Later on, with the application of the General Urban Development Plan (Piano Regolatore Generale) of 2004, the Municipal Council of Giugliano assigned the land as a PIP zone (Plan for Productive Settlements) and around the settlement numerous industries arose, including an ex-refuse collection centre and various refuse deposits, places then taken over by the legal authorities. Today they are considered areas of “strategic interest” by the Commission of the Government for the Campania Refuse Emergency and are guarded by the army and police. For these reasons, today the administration, by means of a private security firm (Falko Security S.R.I.S.), has created a barricade system under 24-hour surveillance, thirty metres from the entrance to the “camp”.

The thirteen units in the settlement, of differing character and dimension are linked together mainly by degrees of kinship (a link that applies to the whole group), or of friendship relative to the number of years spent in the camp as a permanent resident. Most centres have its own well-defined area of control with a single entrance, some with a perimeter which is less clearly demarcated. The borders of the various units are made up of natural elements such as trees, hedges and embankments, but also of man-made elements, barriers and fences of the adjacent factories or made by the residents with recycled materials or with actual mounds of rubbish.

The settlements are connected neither to the electricity network, or the water mains, nor even to the sewage system. Some of the inhabitants are hooked up informally to the electricity supply and pay a fee to the nearby factories. Itâ&amp;#x20AC;&amp;#x2122;s the same for the water supply. The majority supply themselves with drinking water with canisters transported individually and with generators that run on petrol for electricity. Toilet facilities are made up of a system of septic tanks or drainage ditches and are located behind the shacks at the edges of the camp in separate wooden cabins. Winter heating is obtained from wood heaters, constructed by the residents and located in the central space of the living quarters. The heater is often also used for cooking, baking bread and for the heating of water.

The area is included in the refuse collection service but the containers are not big enough for the number of users and the collection of refuse is not carried out on a regular basis. The result is that the refuse often gets burnt or collected by private companies hired directly by the residents, the latter in order to limit the possibility of the outbreak of infectious diseases and the proliferation of rats. The desire to integrate is strong and it pushes the inhabitants to stress the similarities between their culture and ours. In that regard the families who seek to improve their living conditions are less willing to live in their own extended community. The first generation, those who were the first to emigrate, preserve their links more with their country of birth. Only the few old people still alive spend some period of the year in the ex- Yugoslavia while the new generations feel no kinship or emotional ties to that country. The ever-present threat of expulsion from Italy gives rise to a great degree of worry and bewilderment, above all among the minors who are Italian for all intents and purposes. The inhabitants are fundamentally sedentarized. They live in the â&amp;#x20AC;&amp;#x153;campâ&amp;#x20AC;? and have no desire to move around. The main problem remains the acquisition of documentation that recognizes their integration into Italian society and the possibility of offering their children a better future. The majority of children go to the primary school and some of them try to continue their schooling (technical and hotel institutions etc.) urged on by their parents and their own desire for a more dignified life.

Sources of great malaise are: the noise pollution produced by the neighbouring factories, air pollution from the same factories and the ex-centre for refuse collection; pollution from the burnt refuse; the danger of the roads being very near their homes and the areas in which their children play; the dirt and run-off from the illegal dumping of toxic industrial waste in the immediate vicinity and the necessity to wash themselves outdoors which is dangerous for children. The will to leave the neighbourhood with their families is clear if only to have better living conditions. If splitting up allowed them to improve their individual conditions, sacrificing the proximity to the group is a compromise and strategy which would be acceptable for the need to adapt. The wish to leave the camp as a residential structure is widespread as is the will to identify alternatives for one’s own family group, moving closer to the city to get out of a precarious and marginalized situation. In the last few months, after the census conducted by the Ministry for the Interior, after beginning work on the construction of a new “campo nomadi” located on land bordering the area already occupied and that will be able to house 106 people and after an ordinance that the area must be cleared out for health reasons, tension is reaching very high levels. The new local administration even asked the architect in charge for an adjustment to the project – to raise the surrounding wall from an initial height of 45cm to 270 cm, a real physical and visual barrier to hide the Rom settlement.

in the house interni alla casa.

one room shack and roulotte

at the edge of the site

just for one family

img 21 - The ground is covered by soot

all around the central house

internal, one or more per house

img 33 - Interior of a kitchen

img 43 - Often at night waste materials are set on fire

img 44 - Dust and heat in the summer evening

The “Camp” of Giugliano is an unofficial “spontaneous” settlement accommodating roughly 500 people of whom 50% are adolescents and children. The group is divided into 85 families, all from the ex-Yugoslavia. Some have lived in Italy for more than forty years but the majority came over to join family members already living in the area as part of the flow of migration following the 1991 Balkan war. 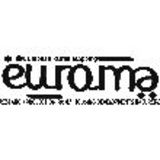