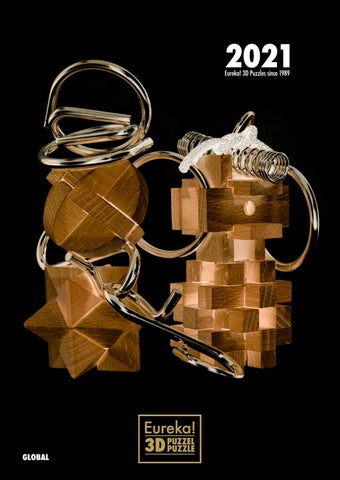 puzzles in a can

Galaxy 3D presentation of Milky Way galaxy dates back to third century B.C. The word galaxy is derived from the Greek galaxias, literally “milky”, a reference to the Milky Way. Galaxies contain varying numbers of planets, star systems, star clusters and types of interstellar clouds. Archimedes, known for important discoveries in astronomy, constructed a bronze planetarium in which the earth and heavenly bodies all moved in their orbits when a crank was turned. Unfortunately for Archimedes there are probably more than 170 billion galaxies in the observable universe. Can you help him to study to this one?

INFINITY Idea of infinity stretches back to third century B.C. Infinity is one of the most fundamental questions in mathematics and still remains an unsolved riddle. The first mathematical use of the concept of actual infinity has been credited to Archimedes. He was the greatest mathematician of ancient times and ranks as one of the greatest scientists in history. One of his most brilliant mathematical discoveries was the derivation of an accurate approximation of pi (π). Pi is not a rational number. Its decimal value neither stops nor cycles – but just carries on to infinity. Please contribute to the search for pi by disassembling and reassembling this symbol of infinity.

NUTS and BOLTS Nuts and bolts of mechanics from the fourth century B.C. It is considered by some that the screw thread was invented around 400 BC by Archytas of Tarentum (428 BC - 350 BC). Archimedes, however, developed the screw principle and used it to construct devices to raise water. The Romans already applied the Archimedean screw for mine drainage. Archimedes’ understanding of mechanical devices such as the lever, pulley and screw, laid the foundation for the science of mechanics. Show us you know your nuts and bolts of mechanics and free the Washer from this Nut and Bolt.

Archimedes of Syracuse (287 – 212 BC) was an Ancient Greek mathematician, physicist, engineer, inventor and astronomer. One of his most brilliant mathematical discoveries was the derivation of an accurate approximation of pi (π). 473604 - EAN 5225004736048 archimedes’ atom HH

ATOM All matter is made up of atoms and dates from the fourth century B.C. With his law of floating bodies, known as Archimedes’ Principle, already established in the third century BC, Archimedes provided a way of finding the specific gravity of a substance, useful in metallurgy and chemistry! The tendency for atoms to bond and break apart is responsible for most of the physical changes we observe in nature and these constant movements are studied by the science of chemistry. The word ”atom” comes from the Greek ἀτόμος (indivisible) and dates from around 400 BC. However, atomic theory stayed as a mostly philosophical subject, until the development of chemistry in the 1600s. Can you split this atom and fuse it again… today?

SPHERE AND CYLINDER Take no prisoners at the Siege of Syracuse (214 – 212 B.C.) Archimedes is especially important for his discovery of the relation between the surface and volume of a sphere and its circumscribing cylinder. The scientist died during the Siege of Syracuse when he was killed by a Roman soldier despite orders that he should not be harmed. Cicero describes visiting the tomb of Archimedes, which was surmounted by a sphere and a cylinder, which Archimedes had requested to be placed on his tomb, representing his mathematical discoveries. Can you discover the passage to free this besieged sphere from its detaining cylinder?

STAR Dreams to reach for the stars, dated back to third century B.C. Archimedes was the eminent mathematician and physicist of his time. He was born in Syracuse, on the island of Sicily in 287 B.C. At that time Sicily was a Greek land. Archimedes was the son of an astronomer and studied in Alexandria in Egypt, after which he returned to Syracuse. He constructed a brass planisphere that showed the revolution of the Sun, the Moon and the five known planets, and showed the nature of eclipses. His planisphere was taken to Rome and was described by Cicero, 150 years later! Here’s your opportunity to aim for the stars by disassembly and reassembly.

©2021 All puzzles are copyright protected and ALL RIGHTS RESERVED