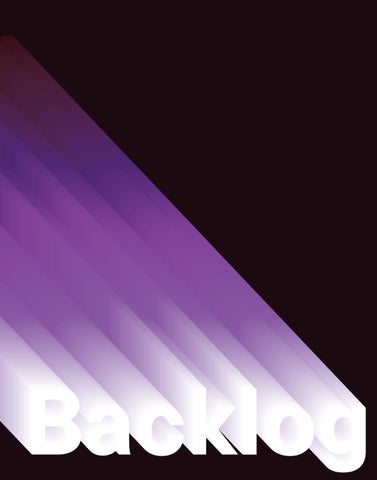 What happened when we tested thousands of abandoned rape kits.

What prosecutors and incarcerated people can learn from eachother.

How can we improve policing?

I love being a police officer, but we need reform

3pm - Marlon Peterson Am I not Human?

How weâ&#x20AC;&#x2122;re priming some kids of college and some for prison

About the Speaker Kym Loren Worthy is the first African-American woman to serve as a county prosecutor in Michigan. She became internationally recognized for prosecuting then Detroit Mayor Kwame Kilpatrick at the beginning of March 2008. Worthy started as an assistant prosecutor in the Wayne County Prosecutorâ&#x20AC;&#x2122;s office in 1984. She served in this position for ten years, becoming the first African-American special assignment prosecutor under Prosecutor John Oâ&#x20AC;&#x2122;Hair. Her most notable prosecution was the trial of Walter Budzyn and Larry Nevers in the beating death of Malice Green. Worthy had an over 90 percent conviction rate. From 1994 to January 2004, Worthy was a judge on the Wayne County Circuit Court Criminal Division. In 2004, Worthy was appointed by the judges of the Wayne County Circuit Court bench to replace Detroit mayor Mike Duggan, who had resigned to become the head of the Detroit Medical Center.

What happened when we tested thousands of abandoned rape kits In 2009, 11,341 untested rape kits â&#x20AC;&#x201C; some dating back to the 1980s â&#x20AC;&#x201C; were found in an abandoned warehouse once used by the Detroit police to store evidence. When this scandal was uncovered, prosecutor Kym Worthy set a plan into action to get justice for the thousands of victims affected. In this powerful, eye-opening talk, Worthy explains how her office helped develop an innovative program to track and test these kits -- and calls for a national effort to help solve the problem of stockpiled rape kits.

About the Speaker Jarrell Daniels collaborates with policy makers, civil servants, academics and community organizers to create a new vision for the criminal legal system -- shaping policies that help individuals, families and communities thrive. At Columbia University, he is an Open Society Youth Activist Fellow, Justice-in-Education Scholar, program manager of the Justice Ambassadors Youth Council and a member of the Formerly Incarcerated Reintegration Science Training (FIRST) program. His primary focus is bringing policy makers together with community members to work across differences to improve social challenges, particularly among youth. In his work with young people, he explains the extent to which mass incarceration and criminalization impacts minority communities.

What prosecutors and incarcerated people can learn from each other A few weeks before his release from prison, Jarrell Daniels took a class where incarcerated men learned alongside prosecutors. By simply sitting together and talking, they uncovered surprising truths about the criminal justice system and ideas for how real change happens. Now a scholar and activist, Daniels reflects on how collaborative education could transform the justice system and unlock solutions to social problems

About the Speaker Self-proclaimed â&#x20AC;&#x153;justice nerdâ&#x20AC;? Dr. Phillip Atiba Goff devotes himself to understanding how people think and talk about racism in order to prevent racist behavior particularly in policing. He identifies the need to shift how we define racism: not as a defect of character, but rather a pattern of behaviors that are measurable and changeable. Goff is the president and cofounder of the Center for Policing Equity, an organization that diagnoses the roots of disparate policing in order to eliminate them. As a professor, mediator and translator, Goff helps communities and law enforcement understand each other and address problems that have for centuries felt unsolvable.

How we can make racism a solvable problem â&#x20AC;&#x201D; and improve policing When we define racism as behaviors instead of feelings, we can measure it -- and transform it from an impossible problem into a solvable one, says justice scientist Phillip Atiba Goff. In an actionable talk, he shares his work at the Center Equity, an organization that helps police departments diagnose and gaps in policing in order to eliminate them. Learn more about their approach -- and how you can get involved with the work that still needs

for Policing track racial data-driven to be done.

About the Speaker Lt. Colonel Melvin T. Russell is Chief of the Community Partnership Division, Baltimore Police Department. Russell joined The Baltimore Police Department (BPD) in 1979 as a police cadet and graduated from the BPD academy in 1981 as the first and only African American class valedictorian. Russell worked both as a uniform patrol and then an undercover officer for 20 years before re-emerging as an Eastern District Lieutenant in 2007. In this position, Russell turned the worse midnight patrol shift in the city to the best in 3 months and was promoted to Major of the Eastern District

I love being a police officer, but we need reform We’ve invested so much in police departments as protectors that we have forgotten what it means to serve our communities, says Baltimore Police officer Lt. Colonel Melvin Russell. It’s led to coldness and callousness, and it’s dehumanized the police force. After taking over as district commander in one of Baltimore’s toughest neighborhoods, Russell instituted a series of reforms aimed at winning back the trust of the community and lowering the violent crime rate. “Law enforcement is in a crisis,” he says. “But it’s not too late for all of us to build our cities and nation to make it great again.”

About the Speaker Marlon Peterson is the host of the podcast, Decarcerated, which highlights the journeys of resilience, redemption and success of formerly incarcerated people. Since his release from prison in 2009, after serving 10 years, Peterson has spearheaded the creation of two youth development programs in New York City, How Our Lives Link Altogether (H.O.L.L.A!) and Youth Organizing to Save Our Streets (YO SOS). With a focus on gun violence prevention and youth advocacy, both programs have provided programming for hundreds of young people.

Am I not human? A call for criminal justice reform For a crime he committed in his early twenties, the courts sentenced Marlon Peterson to 10 years in prison -- and, as he says, a lifetime of irrelevance. While behind bars, Peterson found redemption through a penpal mentorship program with students from Brooklyn. In this brave talk, he reminds us why we should invest in the humanity of those people society would like to disregard and discard.

About the Speaker Independent journalist and TED Fellow Will Potter is based in Washington, D.C.; his current work examines how whistleblowers and nonviolent protesters are being treated as terrorists. The author of Green Is The New Red: An Insiderâ&#x20AC;&#x2122;s Account of a Social Movement Under Siege, Potter has extensively documented how non-violent protest is slowly being criminalized. His reporting and commentary have been featured in the worldâ&#x20AC;&#x2122;s top media outlets, including the Washington Post, NPR, Rolling Stone, El Pais, and Le Monde. He has

The secret US prisons you’ve never heard of before Investigative journalist Will Potter is the only reporter who has been inside a Communications Management Unit, or CMU, within a US prison. These units were opened secretly, and radically alter how prisoners are treated -- even preventing them from hugging their children. Potter, a TED Fellow, shows us who is imprisoned here, and how the government is trying to keep them hidden. “The message was clear,” he says. “Don’t talk about this place.” Find sources for this talk at willpotter.com/cmu

About the Speaker As an undergraduate studying sociology at the University of Pennsylvania, Alice Goffman was inspired to write her senior thesis about the lives of the young people living in the historic African-American neighborhood that surrounded the school. She lived side-by-side with a group of young men in one of the USâ&#x20AC;&#x2122;s most distressed communities, experiencing a troubling and rarely discussed side of urban policing -- the beatings, late night raids and body searches that systematically pit young men against authority.

How we’re priming some kids for college — and others for prison n the United States, two institutions guide teenagers on the journey to adulthood: college and prison. Sociologist Alice Goffman spent six years in a troubled Philadelphia neighborhood and saw first-hand how teenagers of African-American and Latino backgrounds are funneled down the path to prison — sometimes starting with relatively minor infractions. In an impassioned talk she asks, “Why are we offering only handcuffs and jail time?” 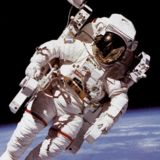