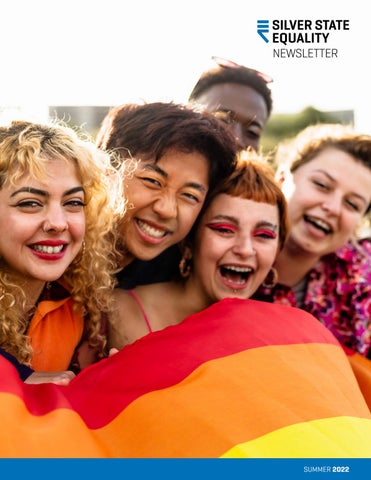 Welcome! Welcome to the Silver State Equality newsletter. Here, Nevada’s statewide LGBTQ+ community, its allies and stakeholders can learn more about our goals and accomplishments and get information about resources as we work together to achieve full lived equality through the realization of LGBTQ+ civil rights and social justice in Nevada. In this issue, Silver State Equality endorses candidates for local, state and national office; we share photos and important updates from our annual Equality Luncheon on June 23; we are excited to provide an update on our plans for an LGBTQ+ Youth Advisory Council, and more!

SILVER STATE EQUALITY LUNCHEON ON JUNE 23, 2022: Our annual Equality Luncheon on June 23 at the Culinary Academy was very well attended and supported by members of the community, nonprofit and elected leaders. In addition to honoring Las Vegas City Councilmember Brian Knudsen with the Qmmunity Leader Award, we provided information about recently enacted pro-equality legislation, potential upcoming legislation, and an overview of LGBTQ+ Southern Nevada initiatives. Thank you to our sponsors: Wynn Las Vegas, Aetna, The Cosmopolitan of Las Vegas, AT&amp;T, Alisa Nave Worth Consulting, the Nevada Office of Minority Health and Equity, and Weedmaps.

Spring Reception at the home of Silver State Equality Board Member, Jared Rapier, who generously hosted this event on May 24 to raise awareness of our organization and our mission.

2022 Candidate Endorsements Silver State Equality evaluates local, state and national candidates on their support and advocacy of issues and policies that ensure full lived equality for LGBTQ+ and other marginalized communities in Nevada. We’re proud to announce the endorsements of 35 pro-equality candidates including five openly LGBTQ+ candidates. When elected or re-elected, they will continue Nevada’s legacy as a state that welcomes and supports diversity and will work tirelessly on behalf of the LGBTQ+ community.

LGBTQ+ Youth This fall, Silver State Equality plans to launch a statewide LGBTQ+ Student Advisory Committee and will invite Nevada high school students to apply to participate with parent permission, if applicable. Selected students will assist in identifying issues, offer possible solutions, and make recommendations to school officials to help create a culture of inclusion while countering the bullying, harassment, social isolation and bigotry that dramatically increases risk factors for LGBTQ+ students. The LGBTQ+ Student Advisory Council, which is generously funded by the NV Energy Foundation and Caesars Foundation, will officially launch at the beginning of the 2022 school year. Stay tuned for more information about this exciting initiative!

Silver State Equality In the News Welcome Jessica Munger, who joins Silver State Equality as Program Manager. Jessica hails from rural northern California (the ancestral lands of the Maidu people) and studied political science at Humboldt State University. With roots in community organizing, Jessica spent nearly a decade working on the campaign to pass the 28th amendment to the US Constitution, and she also worked on state and local campaigns regarding local democracy and sex worker rights. She proudly serves on the boards of Move to Amend and Democracy Unlimited. Jessica has a background in ballroom dance and creative movement, she’s a home bread-baker, live music enthusiast, and soon to be parent!

Congratulations to our own André Wade, State Director, Silver State Equality, who will be honored by Battle Born Progress on Sept. 7 at Paiute Golf Resort as one of the organization’s Progressive Activists of the Year! More information on Celebrate Progress is available here.

Check out this OpEd written by André Wade, in the June issue of Las Vegas Pride!

Listen to André Wade, State Director, Silver State Equality, on CASAT Conversations: Giving Voice To The LGBTQ+ Community as he discusses key policy issues, the need for supporting health equity within the LGBTQ+ community and important considerations healthcare providers should be aware of when working with the LGBTQ+ population.

André Wade was featured in the June 2022 issue of Modern Luxury’s VEGAS magazine as one of the city’s Power Players!

As Nevada’s statewide LGBTQ+ civil rights organization, Silver State Equality brings the voices of LGBTQ+ people and allies to institutions of power in Nevada and across the United States, striving to create a world that is healthy, just and fully equal for all LGBTQ+ people. Silver State Equality is a Nevada-based program affiliated with and supported by Equality California and Equality California Institute, the nation’s largest statewide LGBTQ+ civil rights organization. Together, we’re fighting for full LGBTQ+ equality on multiple fronts: Electing pro-equality champions, up and down the ballot; Passing pro-equality legislation in Carson City, Sacramento and Washington DC; Advancing LGBTQ+ civil rights and social justice in the courtroom; and reducing disparities in LGBTQ+ health and well-being through education and advocacy. 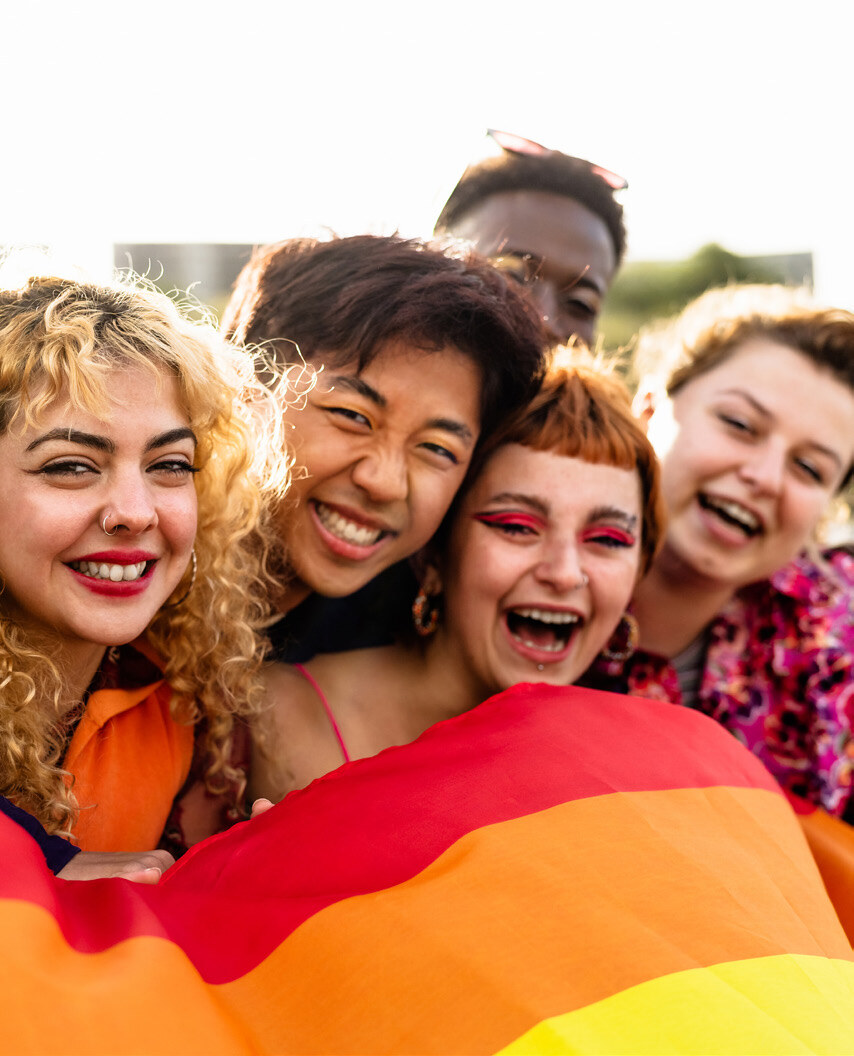