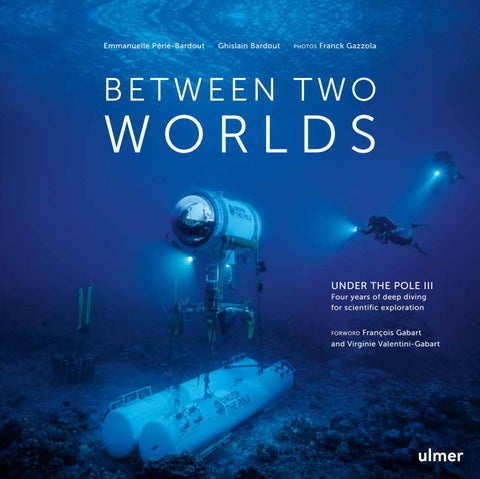 here are places everywhere that human beings manage to reach where they are able to spend enough time to glimpse a different world but not long enough to understand it. This is how exploration begins, as a quest to answer our questions. In fact, exploration is infinite, universal and timeless. We can always look a little further, look closer, rethink what we thought we knew. The same is true of how we look at the oceans and the creatures that inhabit them. Except that, more so than anywhere else, the oceans retain an unfathomable degree of mystery. Like space. They are so big, so deep... What do we know about them? Can we only begin to understand them? This is how Under The Pole was born, in 2008. We were a young couple who shared a passion for the polar regions, diving and sailing. We were curious... and full of fight. With sea ice melting ever faster, the first UTP expedition set out in 2010 to document the hidden face of the pack ice in the heart of the frozen Arctic Ocean. The success of this difficult, extreme expedition encouraged us to continue further down the path of undersea exploration. It would be three years until, in January 2014, we set sail on our schooner, the WHY, for our second expedition. For two years we dived in Greenland after the sea ice had retreated in spring, letting ourselves be imprisoned by it in the winter in between. Following the rhythm of the seasons, and during our meetings with the Greenlanders, we took the time to make discoveries. When we returned home, at the end of 2015, we laid the groundwork for the third expedition, described in this book. More than ever before, in a global context of collapsing biodiversity and the climate emergency, we wanted scientific research to be at the heart of this new chapter. Our dreams of exploration still survived, with each of these ends naturally complementing the other.

During all these years we have sometimes felt that we were walking a tightrope, trying to find our balance. On a personal level, it meant finding a balance between continuing to accomplish our ambitions while at the same time starting a family; on the ground, when the pack ice, so beautiful one day, was ready to break up the next; beneath those same ice floes, which are at the edge of the world and yet badly affected by pollution; in the villages we visited, in the Arctic and Polynesia, where people are trying to preserve their cultural identity that is under threat from the excesses of Westernisation; between the surface and the depths, where each incursion is a journey; and between life on land and in the ocean, where we dreamt of staying. A diver, in essence, moves between two worlds. But as he sinks into the depths and spends time there, he perceives that it is in fact the sum of two worlds. Parallel universes, like a millefeuille, each having their own differences, their enigmas, governed by their own rules, but which nevertheless meet and sometimes interact. There is not a single dive when we don’t take a last look back at the depths before ascending, wondering what is still hidden there. Or what will play out there once we have left this place that has opened its doors to us but which we can only explore on borrowed time. Because mankind always encounters two limits in his quest for knowledge of the undersea environment: depth and time. To come up against them is to face our own limits. For four years, during this third Under The Pole expedition, we have got to know these boundaries, exploring them so as to be able to move gently between two worlds at last. And to remember that they are in fact a single world of which we are but a part, and which we must fight fiercely to protect.

An exciting modern epic of scientific and human achievement: four years spent criss-crossing the oceans to study and document life between the surface and 174m (571ft) down, scientific breakthroughs on natural fluorescence and deep-sea corals, and the invention of Capsule, a lightweight, self-sufficient underwater habitat, inspired by Jules Verne, that makes it possible to observe and study the seabed with no time limits. 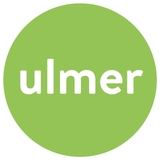