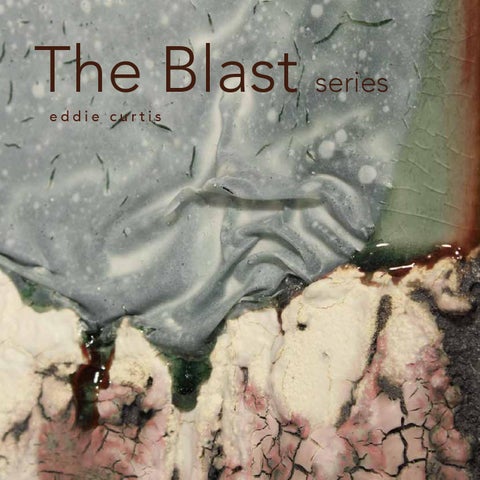 “...It is hard to believe that heavy industrial pollution could inspire work as beautiful as this but that is thanks to the extraordinary skill of this ceramic artist – skill not only in making them beautiful but also the technological skill required to achieve these effects. I’m sure that a visit to ‘The Blast’ will be almost as rewarding as studying the new work and such a visit will enhance the enjoyment of looking at them... “

The Duke of Devonshire October 2013

the summer of 2010 I revisited a particular stretch of coastline, locally referred to as ‘The Blast’ near my home town, Seaham. I hadn’t been there for nearly forty years. It had been the dumping ground for the local coal mine until the mines were closed in the 1980’s. When I was very small I would walked along the coast with my father, on ‘payday’ to collect his earnings from the wages office at the mine. We would stop and he would point in the direction of the horizon and explain that was where he worked; three miles out and deep below the North Sea. It was a concept I could never come to terms with. As a teenager I would occasionally visit The Blast with friends. This was a place so desolate and grim it attracted various film producers. The iconic movie Get Carter, starring Michael Caine, concludes with the bad guy meeting his fate here and finally being dropped out to sea from a coal conveyor. Later, the opening scene from Alien 3 was also shot here; a bleak testimony to the qualities of The Blast landscape. Forty years on since my previous visit, nature has made an amazing attempt to reclaim what is hers and the ravages of industry have been softened to a degree. A strange lunar kind of landscape now

prevails. The sea has removed nearly all of the detritus and continues to eat away the coal/sand aggregate leaving an exposed shelf, revealing varying strata of industrial waste. At the foot of the limestone cliffs an iron inclusion weeps red-brown stains into a large marooned rock pool known as â&#x20AC;&#x2DC;Red Lakeâ&#x20AC;&#x2122;. Sunbaked mud dries cracked and crazed with visceral ooze seeping between the gaps. There is an overload of visual metaphor and yet a strange stark beauty has won over.

don’t actively go looking for new directions in my work. I guess I am at my most receptive to new ideas or themes when I am approaching a resolution or I have resolved the issues that my previous project presented. I can become inspired by some external experience quite out of the blue. If that inspiration helps with the current project then I will perhaps take it on board and make subtle adaptations to the way I work. Alternatively, I can begin on a complete new body of work if the experience is so profound that want to drop everything and start afresh. It’s rare that I will completely stop a project that I am already involved with, preferring to temporarily shelve it and come back to it later with fresh eyes. Realistically however there has been a very visible thread through my work for a very long time, with recognisable elements occurring throughout. I am still engaged in making porcelain and these diversionary projects and intense experimental periods give me much needed relief from pursuing what became an obsession with the thrown porcelain form. The making and thought processes are so acutely different, I feel I am discovering them with renewed vigour each time I return to either. My current project The Blast Series was the result of one of the most strongly felt inspirations I had experienced, but I still began work with no real idea of how I could manifest this using clay. Naturally with a career of more than 30 years I have acquired techniques, methods and

a practiced ability to work with clay; but new work really does require a new approach, so I set about trying to recreate the conditions that I thought might have come together in the brutal yet beautiful landscape that now inspired me. What I saw was a combination of textures, an unlikely juxtaposition of the man-made and the natural, objects long bereft of their usefulness and worn and encroached upon by erosion and encrustation. I was looking at sand, clay, metal and stone in various combinations and in isolation also. The textures were cracked, crazed, bright, blunt, sharp, wet, slippy, slimey, smooth hard; and all of those things can be evoked with clay of course. So I set about it, creating and constructing, pouring and torching. My first attempts were too brutal by far. Too obvious, too close to what I had seen. I wasn’t looking for absolute literalism. I could never evoke the memories using borrowed pastiche. I needed to create new works not replications. If I had been inspired, then my work ought to have the power to inspire. I stepped back, almost to the point where I could forget what I had seen and relied only on what my explorations in clay threw up. I became the observer of my own doings and discarded the futile and pursued the promising. I only accepted results that helped evoke that memory I needed to recall. It has probably been my most difficult project to date but it was never going to be easy to do justice to what I had experienced at The Blast.

‘At the foot of the limestone cliffs an iron inclusion weeps red-brown stains into a large marooned rock pool known as ‘Red Lake’. Sunbaked mud dries cracked and crazed with visceral ooze seeping between the gaps.’ 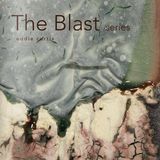 "...It is hard to believe that heavy industrial pollution could produce work as beautiful as this but that is thanks to the extraordinary sk...

"...It is hard to believe that heavy industrial pollution could produce work as beautiful as this but that is thanks to the extraordinary sk...