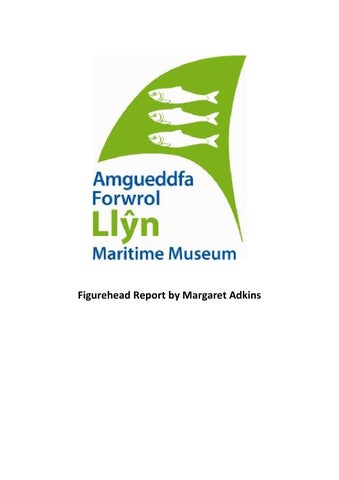 Figurehead Report by Margaret Adkins The Llŷn Maritime Museum is currently researching the origins of this fascinating figurehead, acquired from Seiont II Museum when it closed in summer 2012. According to Richard Hunter, figurehead historian who has restored the figurehead, it is a pre-1870 North American figurehead and typical of one which would be found on whalers. It differs from British figureheads in its construction - consisting of several pieces of wood joined together rather than being carved from a single piece of wood. It measures 970mm x 750mm x 520mm. In the 19th Century "figureheads of prominent political figures habitually ornamented the bows of both national and privately owned ships. Wellcrafted carvings were as important to national prestige as were well engineered vessels. Whaling Ships like the Thomas Jefferson and steamer ships like the Abraham Lincoln and the Henry Clay believed that statues of powerful men would bring them luck and wealth" - Ralph Sessions quoted in Wikipedia. Sources1 suggest the figurehead may be from the wreck of the Governor Fenner, a whaler turned emigrant ship which sank with the loss of 125 lives in dramatic and tragic circumstances 15 miles off Holyhead in February 1841. The Governor Fenner, built in Swanzey, Mass. in 1827 and named for the current governor of Rhode Island (Governor James Fenner) was 108ft 9 in long, had three masts, two decks and a billethead figurehead. From 1830 – 1839 she had numerous owners including the notorious slavers, the DeWolfs of Bristol, Rhode Island. Subsequently she became an emigrant ship and in February 1841 had started out from Liverpool en route to New York with 107 passengers and 18 crew. The Morning Chronicle of 24th February 1841 contained a detailed report of the wreck. The majority of the passengers were Irish emigrants. At 2 am on 20th February she was in collision off Holyhead with the paddle steamer Nottingham and and broke in two, with the stern section sinking in a matter of minutes. Only the captain and first mate who had been forward on deck at the time of the collision and managed to throw themselves on to the deck of the Nottingham were saved. The Nottingham was also severely damaged but there was no loss of life on board apart from some cattle. The Nottingham lay to helplessly for several hours before being taken in tow by a passing Drogheda steamer. It is possible that the Governor Fenner was showing no lights at the time of the collision and the Captain was severely censured for this. The day following the collision, the steamer Birmingham came across the bow section of the wreck floating off the Skerries with two crewmen dead in the rigging and managed to retrieve some items from the ship. Research is continuing into whether this figurehead is from the 1 Shipwreck Index of the British Isles, R & B Larn, 1995 Governor Fenner. Shipwrecks Around Wales Vol. 2, Tom Bennett, 1992 1 Shipwreck Index of the British Isles, R & B Larn, 1995 Shipwrecks Around Wales Vol. 2, Tom Bennett, 1992

The Charles P Morgan – a similar size & type of ship to the Gov. Fenner from the same period

Left hand view shows the Figurehead as it arrived in my Workshop, originally the Figurehead was made out of 9 separate planks of wood, of various thicknesses, held together with glue and a iron bolt driven through the shoulders and fixed with a bold at both ends.

Right hand view showing the figurehead during restoration, this is an early stage of the project, I have been able to stablise the central bolt, and fill in the cracks between the planks, he now has a new nose, the next stage is to finish the face and start work on the back. 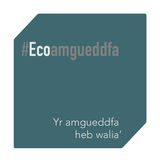