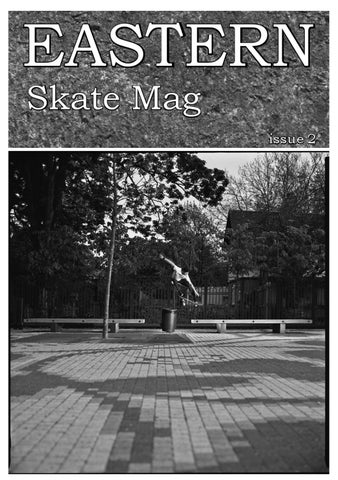 Introduction Back in June a group of us went on a skate trip to Berlin. We were one person down due to Kirk messing up his leg and ankle the month before. But we met some good people and skated some rad spots. The first photo section in this issue is a collection of all the photos shot in Berlin. You can also see footage from the trip in the Berlin Broadcast. Hope you enjoy the new issue.

ÂŠ All the content of this magazine is copyright of Eastern Skate Mag and its contributors. No material may be reproduced without written permission.

One night we were drinking near Warschauer Strasse and it totally pissed it down. Most of us decided to make a swift exit back to the apartment on the tram. Where we got off the tram was about 1 U-Bahn stop from the apartment. So jack decided to skate back in what had turned into a pretty big thunder storm. We didnâ&#x20AC;&#x2122;t get much footage apart from one trick. But these are all the photos we shot that night. As you can see he got pretty wet.

Callum Paul - Bs Lipslide Up And Down

Words and Photos by Myles Rushforth

Zak Wright is a fifteen year old skateboarder from Barnsley and has been skateboarding for around 5 years. Zak isn’t like most fifteen year old skateboarders you meet, he doesn’t get hyped off fully flared and street league, or make endless park edits to music like MGMT, but instead watches New York and San Francisco skateboarding, listens to music from Jazz to Sabbath, skates second hand boards, and hasn’t dropped in a quarter pipe for years. Zak is a one of a kind skateboarder with a mind of his own, and wouldn’t look out of place skating down the middle of a road in New York.

Ollie Up Then Ollie 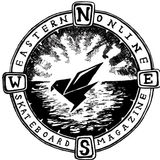 This is issue 2 of Eastern Skate Mag. This issue features a photo section on a trip to Berlin, you can see an edit of the trip here: https:/...

This is issue 2 of Eastern Skate Mag. This issue features a photo section on a trip to Berlin, you can see an edit of the trip here: https:/...