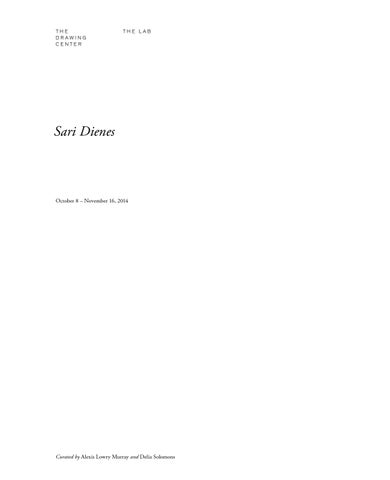 In the early 1950s, Sari Dienes created bold works on paper using experimental processes that impressed the gritty and vibrant terrain of New York City’s streets directly onto her material support. Armed with an ink roller, she mapped the urban landscape as well as her body’s movement; uneven and ghostly skeins of pigment document her repetitive application of a standard-size brayer across the paper. The resulting indexical rubbings of subway grates, sidewalks, and manhole covers are at once abstract patterns and highly recognizable subjects. Dienes honed her distinctive method of mark making at the Yaddo artists’ community in upstate New York, where she made some of her first transfer drawings. In Woodblock VI (Artist’s proof Yaddo), 1953, for example, she treated the wood and its grain as a compelling subject rather than simply the material into which a printmaker carves an image. When she returned to New York City in July of that year, Dienes applied the technique to the urban topography she traversed every day. In so doing, she built upon the legacy of frottage—which she knew through her friendship with Max Ernst—but also transformed the Surrealist practice by combining it with the scale and physicality of action painting. Dienes’s work offered a compelling alternative to Abstract Expressionism at a moment when younger artists recognized the movement’s limitations and sought new directions.

Simultaneously rich and sublime abstractions and the physical imprints of found urban surfaces, her transfer drawings implicitly critiqued the mythos surrounding the authorial gesture and the rigid divide between figurative and non-figurative art. Her transfer drawings were widely exhibited throughout the decade, including in three solo shows at the Betty Parsons Gallery (1954, 1955, and 1959), in the windows of the Bonwit Teller department store (1955), and at The Contemporaries Gallery (1959). Her work could also be seen at the many soirées she held at her studio. Dienes became a magnet for the most experimental and creative minds of the New York avant-garde; she befriended Willem de Kooning and Merce Cunningham, attended D.T. Suzuki’s lectures on Zen Buddhism at Columbia University with John Cage, and frequently hosted Jasper Johns and Robert Rauschenberg at her studio, two younger artists who would come to share many of her formal, technical, and iconographic concerns. When Johns first moved to New York in the summer of 1953, he assisted Dienes as she produced large-scale, indexical images of manhole covers and subway grates—works that provided conceptual and morphological precedents for Johns’s target and flag paintings. While Dienes’s provocative new techniques and subjects were prescient developments in postwar art, her legacy has been largely overlooked. This exhibition sheds light on her practice and reconsiders genealogies of American art. — Alexis Lowry Murray and Delia Solomons

Sari Dienes (b. 1898, Debreczen, Hungary; d. 1992, Stony Point, New York), neé Sarolta Maria Anna Chylinska, studied art in Paris and London with Fernand Léger, Amédée Ozenfant, André Lhote, and Henry Moore. In 1939, Dienes traveled to New York; although she intended to stay a few weeks, the outbreak of World War II prevented her return to Europe. She made New York her permanent home and became an active contributor to its many avant-garde circles. She created figurative surrealist drawings in the early 1940s, before her introduction to Zen Buddhism and the expanses of the American West prompted a shift in her approach to art. Over the following decades, she tirelessly experimented with varied styles and practices from abstract expressionism and assemblage to Xerox, mail, and performance art. In addition to her work as a visual artist, Dienes was a successful textile designer. Dienes taught at Parsons School of Design and Brooklyn Museum Art School, among other places. She received numerous fellowships and residencies from institutions such as the MacDowell Colony, Yaddo Artists’ Community, Cummington School of the Arts, Huntington Hartford Foundation, Ford Foundation, American Foundation for the Arts, Mark Rothko Foundation, Virginia Center for the Creative Arts, National Endowment for the Arts, and the Adolph and Esther Gottlieb Foundation. She held solo exhibitions, in New York City, at the New School for Social Research, Parsons School of Design, Carlebach Gallery, Betty Parsons Gallery, The Contemporaries Gallery, A.I.R. Gallery, New York Public Library, and the Emily Harvey Foundation, in Connecticut, at the Davidson Art Center, in Kyoto, at the Yamada Art Gallery, and, in Tokyo, at the Toyoko Gallery. Her work has been featured in exhibitions at major American museums, including the Art Institute of Chicago, the Museum of Modern Art, Wadsworth Atheneum, Solomon R. Guggenheim Museum, Rhode Island School of Design Museum of Art, Museum of Fine Arts Boston, and the Brooklyn Museum of Art.

Sari Dienes is made possible by the support of Fiona and Eric Rudin and Pavel Zoubok Gallery. Special thanks to Barbara Pollitt and Rip Hayman of the Sari Dienes Foundation. 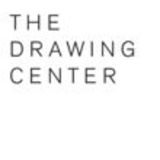