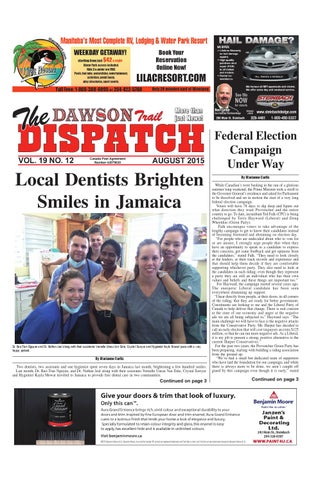 By Marianne Curtis While Canadian’s were basking in the sun of a glorious summer long weekend, the Prime Minister took a stroll to the Governer General’s residence and asked for Parliament to be dissolved and set in motion the start of a very long federal election campaign. Voters will have 78 days to dig deep and figure out what direction they want Provencher and the entire country to go. To date, incumbant Ted Falk (CPC) is being challenged by Terry Hayward (Liberal) and Doug Wheeldon (Green Party). Falk encourages voters to take advantage of the lengthy campaign to get to know their candidates instead of becoming frustrated and abstaining on election day. “For people who are undecided about who to vote for or are unsure, I strongly urge people that when they have an opportunity to speak to a candidate to express their concerns, get some feedback and get opinions from the candidates,” stated Falk. “They need to look closely at the leaders, at their track records and experience and that should help them decide if they are comfortable supporting whichever party. They also need to look at the candidates in each riding; even though they represent a party they are still an individual who has their own values and beliefs and these things are important too.” For Hayward, the campaign started several years ago. The energetic Liberal candidate has been seen everywhere drumming up support. “I hear directly from people, at their doors, in all corners of the riding, that they are ready for better government. Constituents are looking to me and the Liberal Party of Canada to help deliver that change. There is real concern at the state of our economy and anger at the negative ads we are all being subjected to,” Hayward says. “The main challenge we will have to face is the negative attacks from the Conservative Party. Mr. Harper has decided to call an early election that will cost taxpayers an extra $125 million, so that he can run more negative ads. As a Liberal, it is my job to present a strong, positive alternative to the current Harper Conservatives.” For the past two years, the Provencher Green Party has been preparing, starting with building a riding association from the ground up. “We’ve had a small but dedicated team of supporters who have laid the foundation for our campaign, and while there is always more to be done, we aren’t caught off guard by this campaign even though it is early,” stated