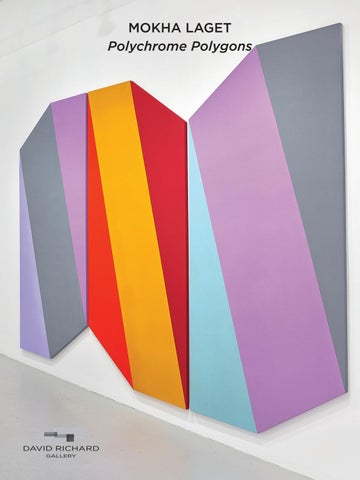 Polychrome Polygons, an exhibition of new paintings on shaped-canvases by Mokha Laget and her second solo exhibition with the gallery. These paintings continue to push the boundaries of visual perception, tempting the viewer into the possibility that a third-dimensionality or monumentality exists. The use of saturated flat colors on overlapping planes of extreme and perspectival shapes combined with correlative shifts of the outer perimeters disrupts the traditional notion of geometric painting. The internal tension and discordant compositions create the illusion of space, depth and volume and thus, actively challenge the viewer’s experience. Laget furthers her mastery of blending formal concerns through thoughtful color adjacency and an intuitive sense of spatial geometry on a two-dimensional picture plane. Laget’s paintings are rooted first and foremost in color and color theory. The artist pairs an innate color memory with an intuitive sense of corresponding hues to leverage her work in visual dimensionality. “I have near perfect recall to match the colors in my mind, like perfect ear pitch for sound,” the artist states. Laget’s paintings are distinctive for their impeccable surfaces, built up with multiple layers of paint yielding a perfect flatness. Relying on perspective, extreme vector geometry, and the oscillation of color temperature through adjacency, Laget conveys a sense of volume and illusory space by keying up the internal compositional dynamics in conjunction with the shape of the canvas’ outer perimeter. Her approach is clean, reductive and elegant. The nine large paintings in this presentation carry forward her synergistic approach toward color, geometric abstraction, hard edge painting, Color Field painting and architecture. She is able to translate her passion and knowledge of Color Field painting to devise object-like surfaces with multiple layers of flat pigment on an unprimed support in perfectly smooth and matte expanses of chromatic arrangements. These rich depths of color reference her youth in Northern Africa as well as a lifetime of international travel. The land, its topography and interaction with light continues to spark the artist’s keen color sensibility with lush palettes. Laget’s ongoing interest in architecture also provides her with the knowledge and skill to scale her compositions from 20 to 240 inches and beyond; they convey evocations of portals, passages and cantilevered overhangs. This exhibition also includes a selection from a new series of small paintings on linen that measure 12 to16 inches in size, the Capriccio paintings. These small works reference the imaginary architectural landscapes of the 19th century in their complex yet free arrangement of geometric shapes. Like the larger shaped canvases, they are spatial and architectural in nature, but operate more like a language with an underlying syntax. The artist begins with very few specific lines to hinge the first shapes—they are no longer tied to the grid. The shapes are arranged like abstract scenery or visual poems emerging purely from an intuition of the right proportions and formal dynamics. “These paintings follow no particular strategy but rather my internal compass where each new shape grows and develops organically from its own dynamics, like cloud formations.” They address complex relationships of form and color like the rich and diverse language of a contemporary choreography. There is no symmetry, no gravity yet the works are in movement, elegant and balanced. They operate between silence and sensation. David Eichholtz

Mokha Laget is an international artist with European roots, who lives and works in Santa Fe, NM. In addition to her career as an artist, Ms. Laget has worked for the last 20 years as a simultaneous French language interpreter for international delegations coming to the US or international conferences abroad, as well as Program Coordinator with Educational and Cultural Affairs at the US Department of State.

o Conceptual Art in the 90’s, K. Holtzman, CRITICAL MASS Catalog, April 1990 o Castoffs at the Center of a Local Aesthetic, A. Thorson, WASHINGTON TIMES, Jan 11, 1990 o Emerging Art of the 80’s, Art News, 1988 o Collage, Exhibition Catalog, MARYLAND COLLEGE OF ART &amp; DESIGN, 1987 Mokha Laget’s work is included in the collections of Ulrich Museum, The Museum of Geometric and Madi Art, Art in Embassies, The Artery Collection, The National Institutes of Health, Delta Airlines, The George Washington University and the University of Texas, and numerous other public and private collections.

David Richard Gallery is pleased to present, Polychrome Polygons, an exhibition of new paintings on shaped-canvases by Mokha Laget and her second solo exhibition with the gallery. These paintings continue to push the boundaries of visual perception, tempting the viewer into the possibility that a third-dimensionality or monumentality exists. 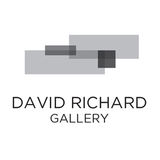 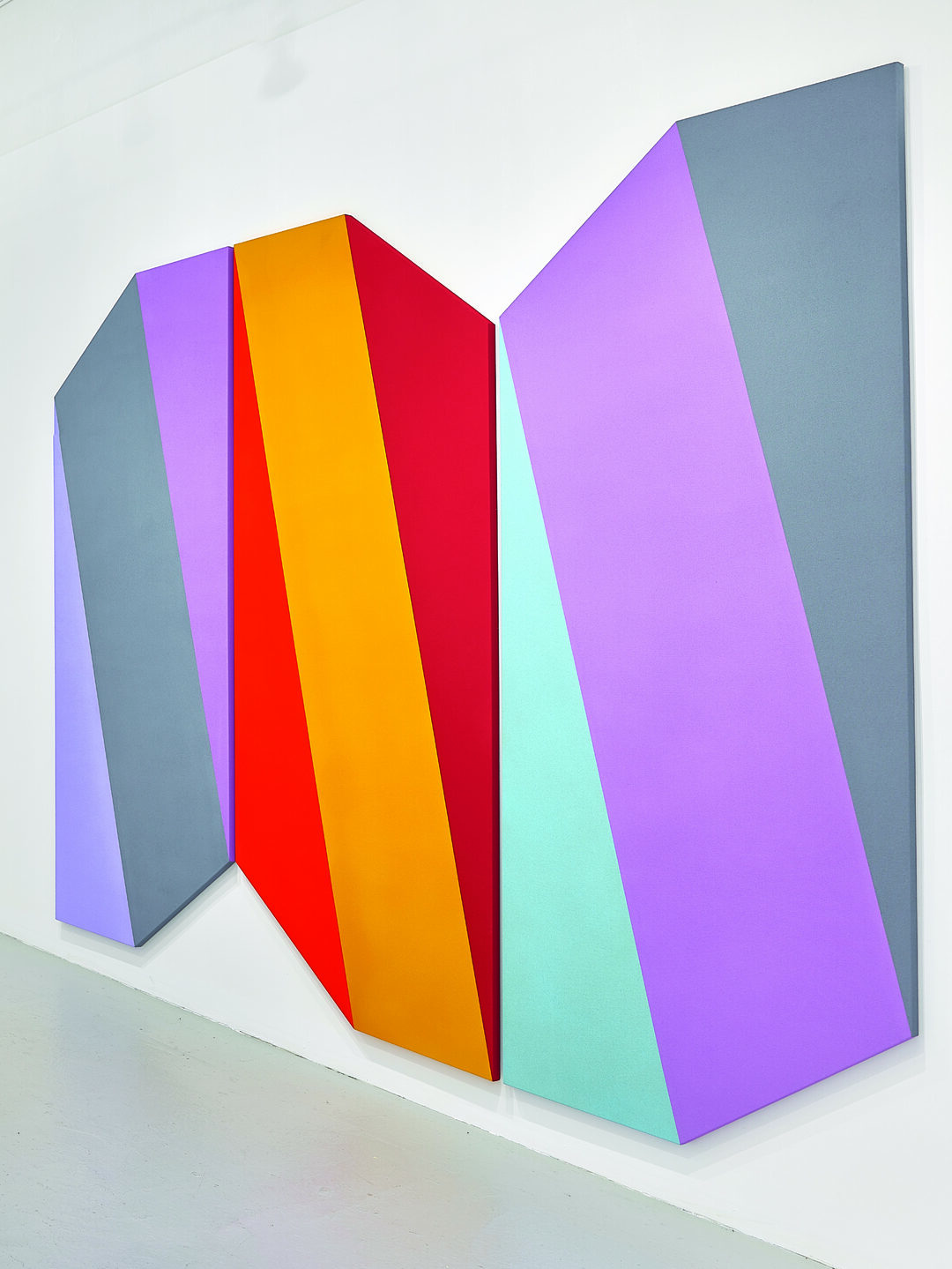 David Richard Gallery is pleased to present, Polychrome Polygons, an exhibition of new paintings on shaped-canvases by Mokha Laget and her second solo exhibition with the gallery. These paintings continue to push the boundaries of visual perception, tempting the viewer into the possibility that a third-dimensionality or monumentality exists.