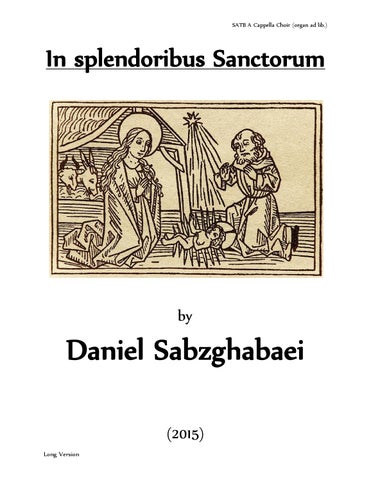 Amidst the splendors of the heavenly sanctuary, from the womb, before the morning star, I have begotten you.

Each gesture/moment is taken very slowly in this meditative work for chorus. The boxed time indications represent the number of seconds each gesture/moment should approximately last. o The conductor should not use any sort of timekeeping device to aid this, instead deciding on his/her own how long each gesture is. o In doing so, each performance will vary subtly in each gestureâ&amp;#x20AC;&amp;#x2122;s length and total performance time, allowing the conductor more fluidity in each performance. Singers should stagger throughout where appropriate Phrasing is to be taken regularly; however, very slowly. o Each phrase becomes stretched out but should retain its forward motion and goal. Organ is ad lib.

Performance Notes From Psalm 110 (Vulgate 109), this beautiful text describes our extremely personal and eternal relationship with God. This timeless relationship is the impetus behind the piece. The text is taken very slowly, allowing both audience and ensemble to focus on each vowel, consonant, and word, creating time for reflection, meditation, and introspection as each moment gradually unfolds. The work waxes and wanes through various states of density and clarity before closing like it never began, just as the work opened. To emphasize the temporal fluidity and constantly evolving nature of our connection with God, this work has two distinct yet malleable forms: one that is five minutes and the other that is ten. Each gesture is half as long/two times as long, across each work, creating a totally different type of perception and performance. Both versions have a distinct treatment of time and gesture, thus forming two intimately connected, but vastly differing works. -Daniel Sabzghabaei (2015) 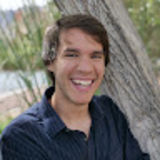