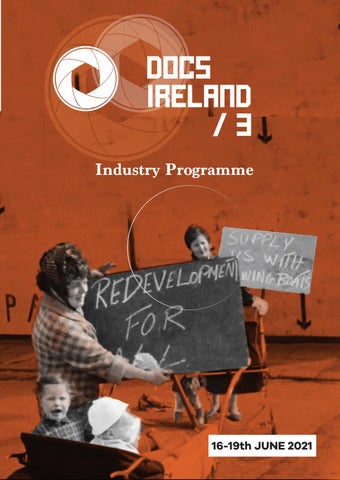 IGNITE DOCUMENTARY TALENT DEVELOPMENT PROGRAMME INFORMATION SESSION 11.30am. Booking free. To coincide with the launch of applications for year two of the IGNITE Documentary Talent Development Programme, the festival will host an informal information session on the scheme, with contributions from organisers and participants from year one of the programme. This session is free however you must register your interest. Please register with roisin@docsireland.ie. IGNITE is a cross-border partnership which seeks to foster a new generation of Irish documentary filmmakers from the north and south of Ireland embarking on their first or second non-fiction feature film. The programme is a joint initiative of Cork International Film Festival &amp; Docs Ireland, Belfast, and is supported by TG4, Arts &amp; Business NI, the Arts Council of Ireland and Screen Skills Ireland.

RESEARCH RIGHTS AND CLEARANCES WORKSHOP WITH ELIZABETH KLINCK 1pm . Tickets £4. This fascinating and functional workshop from producer, researcher and clearance specialist Elizabeth Klinck will delve into the world of archival image research and music rights clearances. Participants will become familiar with concepts such as “fair dealing” and“orphan works”, and will discover ways to reduce costs and limit risks when including images, footage, and music in documentary media projects. The workshop combines theory and practice and is suited for documentary filmmakers, archivists, archival researchers, directors and producers.

MAKE FILM HISTORY: THE CREATIVE AND ETHICAL CHALLENGES OF WORKING WITH THE ARCHIVE

4pm. Ticket Price: £4 . A panel discussion exploring the creative reuse of archive film from the perspective of the archive producer, the filmmaker, the broadcaster and the artist. The session will also launch a new opportunity to make an archiveinspired short film this summer, in association with Docs Ireland and the Make Film History project.

6.00pm . 80 minutes. This session is free however booking is essential. Award-winning US filmmaker Penny Lane joins Elizabeth Klinck will host an in-depth interview with the filmmaker. A 2020 Guggenheim Fellow, Penny Lane has been making innovative nonfiction films for over a decade. Penny has made four feature-length documentaries, most recently HAIL SATAN? (Sundance 2019), in wide release with Magnolia Pictures. Previously she directed THE PAIN OF OTHERS (Rotterdam 2018), NUTS! (Sundance 2016) and OUR NIXON (Rotterdam 2013). Penny’s short films are distributed by VTAPE and include titles such as THE VOYAGERS (2010), THE COMMONERS (2009) and WE ARE THE LITTLETONS: A TRUE STORY. Her 2005 short THE ABORTION DIARIES has screened in at least 42 states &amp; worldwide at over 350 different community venues, ranging from bars to art centers to clinics to colleges, and on Yes! Television and Free Speech TV. She was a college professor for over a decade, teaching film, video and new media art at Colgate University, Bard College, Hampshire College and Williams College. And yes, Penny Lane is her real name (see FAQ).

ALEX WINTER IN CONVERSATION A SPECIAL INTERVIEW WITH ALEX WINTER, DISCUSSING HIS CAREER, ALONG WITH HIS BRAND NEW FILM, ZAPPA.

Time 7.00pm. This event is free however booking is essential. Alex Winter is a director, writer and actor who has worked across film, television and theater. Entering show business as a child actor, with co-starring roles on Broadway in The King &amp; I and Peter Pan, Winter came to prominence in movies such as Warner Bros’ hit The Lost Boys and the wildly popular Bill &amp; Ted franchise. As a filmmaker, Winter’s narrative features include the cult classic Freaked, for 20th Century Fox and Fever, for Lionsgate, an official selection in the Directors’ Fortnight at Cannes. Winter founded Trouper Productions in 2006 and has released several documentaries under that banner. Previous documentary work includes Deep Web, Downloaded, The Panama Papers and Trust Machine: The Story Of Blockchain. Winter’s doc, Showbiz Kids produced by frequent collaborator Glen Zipper and Bill Simmons’ Ringer Films, premiered in July, 2020. The highly anticipated third installment in the Bill &amp; Ted franchise, Bill &amp; Ted Face The Music, opened in August 2020, and is currently available on BluRay, DVD and digital platforms. Winter’s most recent doc feature Zappa, the first all-access documentary on the life and times of Frank Zappa debuted in November to critical acclaim and was chosen as a Critics Pick in the New York Times. The Kickstarter campaign for this project was the highest funded documentary in crowdfunding history. In March 2021, Winter announced the start of production on Mass Effect: The Story Of YouTube which is being made in conjunction with Gale Anne Hurd &amp; Glen Zipper.

FINDING THE RIGHT PLATFORM FOR YOUR AUDIENCE - THE INTERNATIONALISATION OF IRISH DOCUMENTARY Presented in Partnership with Screen Producers Ireland 10am. This session is free however booking is essential. This panel will focus on the potential opportunities that are available for Irish documentary producers to internationalise their content. As the number of streaming services, particularly streamers for niche interests, and international broadcasters seek to fill their online player catalogues, the opportunity for Irish documentary makers to find new audiences for their content grows exponentially. This panel will explore this topic with producers who are pursuing an international strategy for their content and state bodies that can support producers to achieve this goal. Speakers to be announced

AUDIO DOC DAY SESSION 1. MEET THE AUDIO COMMISSIONERS Price £4. Time 12pm Who do you pitch a podcast to and what are they looking for? What’s the difference between radio and podcasts? This session with leading audio doc commissioners and suppliers will provide an overview of the current landscape for podcasts and audio docs in Ireland, the UK and beyond. Host: Rachel Hooper – Producer Speakers: Kent de Pinto - Director of Original Content, Audible Ronan Kelly - Commissioner, RTÉ Doc on One Clare McGinn - Head of BBC Audio Development Unit, Bristol Rhian Roberts - Commissioner for Podcasts/ Digital at BBC Radio 4, 3 &amp; 4 Extra

SESSION 3 AUDIO DOC CREATOR IN CONVERSATION 6pm. Tickets £4. A high profile audio doc creator will present their work to the Docs Ireland audience, with a background to their career and craft in the audio documentary.

NORTHERN IRELAND SCREEN PITCH Time 10am Presented in partnership with Northern Ireland Screen This session is Free however booking is essential The Docs Ireland Northern Ireland Screen Documentary development pitch (in association with Yellowmoon Post Production Ltd) returns for the third time, presenting six feature doc project pitches from island of Ireland filmmakers, from established filmmakers to new and emerging talent, in competition to receive an award of up to £7,500 towards a pilot for their documentary feature. The selected projects will be announced in the coming weeks.

June 2nd ‘Private Session for Marketplace Projects’ Documentary trainers Andy Glynne and Paul Pauwels present a projectled training programme for Docs Ireland Marketplace participants, which will provide an in-depth exploration of how to approach pitching at the documentary marketplace - the pitching toolkit, understanding the mechanics of co-production and types of documentary funders and commissioners, and well as a breakout session in which filmmakers will pitch their projects amongst the tutors and their peers. This session is not available for booking and only open to those attending the marketplace.

DOCS IRELAND MARKETPLACE The Docs Ireland Marketplace will take place online on Thursday June 17th and Friday June 18th 2021, as part of the festival’s online industry programme. It is an opportunity for filmmakers to meet with leading international documentary industry decision makers, including international funders, broadcasters, distributors and exhibitors on a one to one basis. Decision Makers for the 2021 Docs Ireland Marketplace include: Autlook Films | BBC NI | BBC Docs | Breakout Pictures | CAT&amp;Docs | Dogwoof | Element Distribution | Met Film Sales | National Geographic | RTÉ | Screen Ireland | Sky Docs | Submarine Entertainment | Taskovski Films | TG4 | TVF | Wildcard Distribution These decision makers will engage with participating filmmakers, helping them to develop their documentary projects, as well as foster new relationships and opportunities. The Docs Ireland Marketplace is the only marketplace dedicated to documentary on the island of Ireland and provides an opportunity for filmmakers to pitch their project through carefully matchmade meetings organised by the Docs Ireland team. Submissions have now closed for the Docs Ireland Marketplace. Successful projects will be announced on Friday May 14th 2021.

All tickets can be booked online at www.docsireland.ie For boxoffice and customer enquiries please contact: boxoffice@docsireland.ie Or telephone 028 90 325 913 (available 10am - 4pm)

Running from 16-19 June 2021, the third annual Docs Ireland festival will give emerging filmmakers the opportunity to meet and learn from seasoned industry experts through a series of online masterclasses, workshops, panel discussions and ‘in-conversations’. 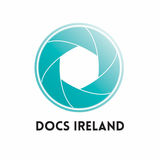