Princeton to hold Pfizer vaccine clinics, open to all

The University will hold COVID-19 vaccine clinics open to the public and all members of the University community on Thursday, May 6; Tuesday, May 11; and Wednesday, May 12. The New Jersey Department of Health has allocated over 2,000 doses of the Pfizer vaccine to be administered at Jadwin Gymnasium. The May vaccine clinics will be the first held by the University that involve vaccine doses provided by the state of New Jersey. Students were notified at 12:48 p.m. on Tuesday in an email message from University Health Services (UHS) Exec-

utive Director John Kolligian Jr. and Irini Daskalaki, Medical Lead of the University’s COVID-19 Response Program. In order to sign up for a first dose, individuals must be available to receive a second dose exactly three weeks after the first one, according to the announcement. These follow-up appointments will be scheduled automatically, and will take place on May 27, June 1, and June 2, respectively. All those eligible — including N.J. residents, workers, and students who are 16 and older, per state guidelines — can register with the state’s Vaccine Scheduling System. The announcement added that University employees See NEWS for more

The women’s rugby team will be promoted to the varsity level in the 2022–23 academic year, according to a recent Athletics Department email and public announcement. The new varsity status would allow the team greater access to facilities, fields, coaching, and equipment — as well as support travel costs and other expenses — needed to compete at a higher intercollegiate level. The women’s rugby team was established as a club sport at Princeton in 1979 and competes under the national governing body USA Rugby. The team won national championship titles in 1995 and 1996, which initiated funding of the

Princeton University Rugby Endowment. The Tigers also advanced to the Final Four in 1997, 1999, 2000, 2001, 2004 and 2005; placed third in the USA Rugby Sevens Collegiate National Championships in 2011, 2012, and 2018; and won the Ivy League Championships in 2013. Upon elevation to varsity status, the team will compete as one of 27 members of the National Intercollegiate Rugby Association (NIRA), which includes other Division I institutions such as Brown University, Dartmouth College, and Harvard. “This is an exciting day for Princeton women’s rugby and Princeton Athletics,” Director of Athletics Mollie Marcoux Samaan ’91 said. “The women’s rugby team has been a

transformative experience for generations of Princetonians, providing valuable educational opportunities and offering a strong, vibrant, empowering and diverse community. A tremendous amount of effort has gone into this process, and I am thankful for the passionate work of the club’s student officers and members of the Princeton University Rugby Endowment board. We look forward to working together on a smooth transition from club to varsity status.” In a letter sent to the executive director of the Ivy League Council of Presidents in June, a “consortium of advocates for women and girls in sports” concluded that all eight Ivy League institutions failed to provide equal benefits and See SPORTS for more

The Council of the Princeton University Community (CPUC) met on Monday afternoon to present several updates regarding campus and administrative happenings. In a highly-anticipated update on the possibility of fossil fuel divestment by the University, Chair of the CPUC Resources Committee Blair Schoene announced that the Resources Committee will recommend criteria for divestment from fossil fuels to the Board of Trustees during the meeting. The update details four major recommendations for the Board of Trustees to consider regarding the University’s future relations with the fossil fuel industry. It will be submitted on May 10.

Campus COVID-19 update and fall planning President Christopher Eisgruber ’83 began the meeting with an opportunity for those in attendance to ask any questions to the CPUC. When asked about whether or not it will be required for faculty to have received a COVID-19 vaccination to continue working in the fall, Eisgruber said that no decision has been made yet. Executive Director for the Office of Environmental Health and Safety Robin Izzo gave an update on the University’s COVID-19 statistics and planning. According to Izzo, the University recently reported zero positive cases of COVID-19, and the campus risk status was changed from moderate to low. Additionally, Izzo an-

nounced that the University will continue to hold vaccine clinics, with appointments available to both the University community and the general public. “That explosion of vaccines [that were] promised is finally happening,” she said. President Eisgruber gave a preview of the current plans for the Fall 2021 semester, regarding residential and instructional planning. “We expect and anticipate that we will be able to have fully residential, co-curricular, and extracurricular programs to resume [in the fall],” he said. An attendee asked if there would be options for students to continue virtual instruction next semester, and Eisgruber responded simply that there will not, except for exSee NEWS for more

A sign promoting social distancing in front of Blair Arch.

249 students have faced disciplinary action for violations of the Social Contract between the start of the 2020-21 academic year and April 22, according to a report released by the Office of the Dean of Undergraduate Students (ODUS). 186 of these cases resulted in disciplinary probation of up to 24 months, depending on the severity of the case. Fifteen of these students were removed from campus housing and/or barred from campus for “significant” violations of the Social Contract, including hosting off-campus visitors and hosting large in-person gatherings. “Approximately half of the violations involved students who did not submit two CO-

Guest Contributors from Divest Princeton argue that the CPUC Resources committee reccomendations on divestment do not go far enough, and highlight areas for improvement.

VID tests per week, per the University testing protocol,” according to the report. For these cases, consequences depended on the number of tests missed. The remainder of the violations were for those hosting or attending gatherings “where the number of guests in attendance exceeded the permitted number and/or involved an off-campus guest in a dormitory.” Guests generally received shorter terms of probation than hosts. 194 of these cases occurred between Feb. 27 and April 22, based on data previously released by ODUS. This time frame also included 142 of the cases of disciplinary probation, seven removals from campus, 11 reprimands, and 41 warnings.

The Editorial Board encourages students to continue following public health guidelines this summer. 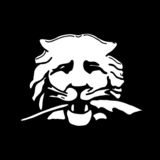