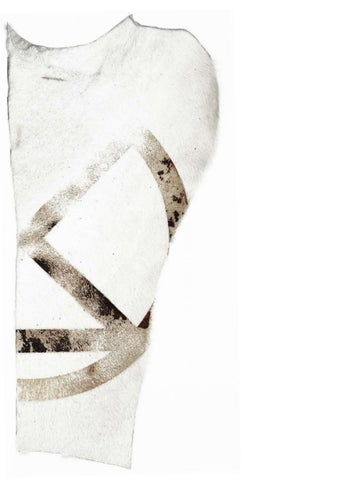 all images and artworks were created between 2012 and 2017, especially for this book and related exhibitions, by Thanos Zakopoulos &amp; CTRLZAK Studio.

Paradigms from the Anthropocene

Contemporary extinction has a biological cause. One species.

A 2008 poll conducted by the American Museum of Natural History found that 80% of biologists believe that we are in the midst of an anthropogenic extinction, known also as the 6th Extinction. Numerous scientific studies - such as a 2014 report published in Nature and papers authored by IUCN’s annual Red List of Threatened species have since reinforced this conviction. At present, the rate of extinction of species is estimated at 100 to 1,000 times higher than the “base” or historically typical rate of extinction (in terms of the natural evolution of the planet) and also the current rate of extinction is, therefore, 10 to 100 times higher than any of the previous mass extinctions in the history of Earth.

The Holocene (anthropogenic) extinction is mainly caused by human activity. Extinction of animals, plants and other organisms caused by human actions may go as far back as the late Pleistocene, over 12,000 years ago. However, while previous mass extinctions were due to natural environmental causes, research shows that wherever on Earth humans have migrated, other species have gone extinct. Human overpopulation, most prominently in the past two centuries, is regarded as one of the underlying causes of this Holocene extinction event to the point that we can now talk about the epoch of Anthropocene.

The large number of extinctions span numerous families of plants and animals including mammals, birds, amphibians, reptiles and arthropods; a sizeable fraction of these extinctions are occurring in the rainforests and coral reefs. In the 20th Century alone, an estimated 20,000 to two million species became extinct. These numbers were based on current discoveries of species, and the knowledge that many new species are still being discovered. According to the Species-area theory and based on upperbound estimating, up to 140,000 species per year may be the present rate of extinction.

Humans are responsible for the main causes and processes of the sixth great extinction... Humans reduce, modify, degrade or transform the natural habitat through deforestation, agriculture and farming. Humans have spread into new lands, bringing with them disruptive alien species well adapted to human disturbance but outcompeting native species as predators and leaving behind diseases. As humans have spread around the world, they have also brought with them exotic diseases. Humans cause pollution and deterioration of the environment by poisoning the waters and soils that are habitats for sensitive species, or by leaching away needed nutrients. Global warming and atmospheric ozone depletion are the major threats to life forms worldwide. Finally human overexploitation such as hunting, fishing, trapping, collecting and government â&amp;#x20AC;&amp;#x153;pestâ&amp;#x20AC;? eradication programs have caused the extinction of many species and seriously endanger others today.

In “The Future of Life” (2002), E.O. Wilson of Harvard calculated that, if the current rate of human disruption of the biosphere continues, half of Earth’s higher lifeforms will be extinct by 2100.

â&amp;#x20AC;&amp;#x153;A fox (Canis fulvipes), of a kind said to be peculiar to the island, and very rare in it, and which is a new species, was sitting on the rocks. He was so intently absorbed in watching the work of the officers, that I was able, by quietly walking up behind, to knock him on the head with my geological hammer. This fox, more curious or more scientific, but less wise, than the generality of his brethren, is now mounted in the museum of the Zoological Society.â&amp;#x20AC;?

Charles Darwin, The Voyage of the Beagle, December 6th, 1834

“The only quadruped native to the island, is a large wolf-like fox, which is common to both East and West Falkland. Have no doubt it is a peculiar species, and confined to this archipelago; because many sealers, Gauchos, and Indians, who have visited these islands, all maintain that no such animal is found in any part of South America. Molina, from a similarity in habits, thought this was the same with his “culpeu”; but I have seen both, and they are quite distinct. These wolves are well known, from Byron’s account of their tameness and curiosity; which the sailors, who ran into the water to avoid them, mistook for fierceness. To this day their manners remain the same. They have been observed to enter a tent, and actually pull some meat from beneath the head of a sleeping seaman. The Gauchos, also, have frequently killed them in the evening, by holding out a piece of meat in one hand, and in the other a knife ready to stick them. As far as I am aware, there is no other instance in any part of the world, of so small a mass of broken land, distant from a continent, possessing so large a quadruped peculiar to itself. Their numbers have rapidly decreased; they are already banished from that half of the island which lies to the eastward of the neck of land between St. Salvador Bay and Berkeley Sound. Within a very few years after these islands shall have become regularly settled, in all probability this fox will be classed with the dodo, as an animal which has perished from the face of the earth. Mr. Lowe, an intelligent person who has long been acquainted with these islands, assured me, that all the foxes from the western island were smaller and of a redder colour than those from the eastern. In the four specimens which were brought to England in the Beagle there was some variation, but the difference with respect to the islands could not be perceived.“ Charles Darwin, The Voyage of the Beagle, March 17th, 1833

Thylacine The Van Diemenâ&amp;#x20AC;&amp;#x2122;s Land Company introduced bounties on the thylacine from as early as 1830, and between 1888 and 1909 the Tasmanian government paid ÂŁ1 per head for dead adult thylacines and ten shillings for pups. In all they paid out 2,184 bounties, but it is thought that many more thylacines

were killed than were claimed for. The last known Thylacine to be killed in the wild was in 1930 by Wilf Batty, a farmer from Mawbanna, in the northeast of the state. The animal, believed to have been a male, had been seen around Battyâ&amp;#x20AC;&amp;#x2122;s house for several weeks.

Thereâ&amp;#x20AC;&amp;#x2122;s only so much you can learn from dead birds and unhatched eggs. No one remembers what their call sounded like or what colour their eyes were.

Nor will anyone ever know.The only thing that is left, is to understand the tale of their demise.

(With its increasing rarity, specimens of the Great Auk and its eggs became collectible and highly prized by rich Europeans, and the loss of a large number of its eggs to collection contributed to the demise of the species. Eggers, individuals who visited the nesting sites of the Great Auk to collect their eggs, only collected eggs without embryos growing inside of them and typically discarded the eggs with embryos). Great Auk specialist John Wolley interviewed in the summer of 1858 two of the three men who killed the last birds, and Islelfsson described the act as follows:” The rocks were covered with blackbirds [referring to Guillemots] and there were the Geirfugles [Great Auks] ... They walked slowly. Jón Brandsson crept up with his arms open. The bird that Jón got went into a corner but [mine] was going to the edge of the cliff. [I] caught it close to the edge – a precipice many fathoms deep. The black birds were flying off. I took him by the neck and he flapped his wings. He made no cry. I strangled him.”

DODO The Dodo used to walk around, And take the sun and air. The sun yet warms his native ground – The Dodo is not there! The voice which used to squawk and squeak Is now for ever dumb – Yet may you see his bones and beak All in the Mu-se-um.

HUIA “While we were looking at and admiring this little picture of bird-life, a pair of Huia, without uttering a sound, appeared in a tree overhead, and as they were caressing each other with their beautiful bills, a charge of No. 6 brought them both to the ground together. The incident was rather touching and I felt almost glad that the shot was not mine, although by no means loth to appropriate 2 fine specimens.”

In the latter half of the 19th century, thousands of passenger pigeons were captured for use in the sports shooting industry. The pigeons were used as living targets in shooting tournaments, such as â&amp;#x20AC;&amp;#x153;trap-shootingâ&amp;#x20AC;?, the controlled release of birds from special traps. Competitions could also consist of people standing regularly spaced while trying to shoot down as many birds as possible in a passing flock.The pigeon was considered so numerous that 30,000 birds had to be killed to claim the prize in one competition.

By 1768, 27 years after it had been discovered by Europeans, Steller’s sea cow was extinct.

with the support of

Published on the occasion of the EXTINCTO: Paradigms from the Anthropocene exhibiton, the book contains a selection of CTRLZAK studio's works regarding modern extinction. Printed on recycled paper. 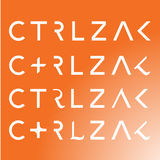