Cranleigh Concert Series 2012-13 Dear Friends Welcome to this season's brochure for the Cranleigh Concert Series. Over the years the series has become one of the most exciting and diverse programmes of top-class musical entertainment and cultural enrichment in the area and this season continues to take that quality and diversity to new heights. Highlights of this season include the first visit to Cranleigh by the award-winning a capella ensemble Voces8, the Merriman Concert Orchestra's tribute to the tragic love of Romeo and Juliet, organ recitals from three of the most widely acclaimed international virtuosi and many more superb events. However, the centrepiece this year is undoubtedly the first use of Guildford's brand new concert venue GLive (see centre pages) for the annual collaboration between the forces of Cranleigh Music and Cranleigh Choral Society for Mozart's powerful Requiem and John Rutter's charming Mass of the Children featuring many children from Cranleigh Prep School. We are also broadening the range of FREE concerts taking place during the day, including two wonderful tea-time concerts in the Prep School Chapel which are particularly suited to younger audiences. Last year, Philip Scriven's marathon survey of the complete organ works of J. S. Bach was a tour de force and he continues lunchtime recitals on the first Tuesday of each month in term-time this season with the complete organ music of the nineteenth century composers Mendelssohn, Brahms and Schumann. With such a wide range of exciting events why not consider a season ticket? Season tickets for the whole series (excluding GLive) are fantastic value with a saving of over 25% on individual ticket prices and with no increase in cost this year. I do hope that you will join us and bring friends along too. I very much look forward to welcoming you to the concerts. With best wishes, Marcus Pashley Director of Cranleigh Music

Mendelssohn, Brahms and Schumann The Complete Works for Organ

Philip Scriven on the Mander Organ in Cranleigh School Chapel In last year's series, Cranleigh School's Organist in Residence Philip Scriven performed the complete organ works of J. S. Bach in twenty-six recitals. This year, in a series of seven Lunchtime Recitals on the first Tuesday of each month in term, he surveys the complete works of three of the most important nineteenth century composers. Although their combined compositional output for the instrument was not large, they made beautifully crafted and heartfelt contributions to the romantic repertoire for the "king of instruments".

Mozart: Overture 'The Magic Flute' Debussy: Prélude à l'après-midi d'un faune Gounod: Ave Maria Liszt: Hungarian Rhapsody No.2 Mussorgsky: Pictures at an Exhibition Manchester-based brothers Tom and Jonathan Scott have established an international reputation for their superb performances in duo recitals for piano and organ. The stunning ingenuity of their own arrangements of famous orchestral masterpieces for this unusual but highly successful combination make this rare treat a highlight of this year's concert series. But don't take our word for it... search them out on their website www.scottbrothersduo.com and on youtube. "Breathtakingly fluid and seemingly effortless... tremendous musicianship...." Organists' Review "Their reputation as one of the world's finest duos was immediately obvious." The Sentinel

Latin Perspective The Santiago Quartet was formed in 2008 by Suzanne Evans and Old Cranleighan Jonathan Hennessey-Brown. The quartet has a passion for the promotion and performance of the rich contemporary Latin-American repertoire to UK audiences. Here, along with their guest artist, the supremely talented Cuban guitarist Ahmed Dickinson Cárdenas, they perform live many of the works on their debut CD recording "Latin Perspective". The music includes Cuban composer Leo Brouwer's Beatlerianas, terrific arrangements which explore seven of the most popular Beatles songs in a variety of compositional styles, in addition to exciting rhythmic Latin passion.

"All the pieces on Latin Perspective require both stellar ability and the sort of musical intuition that makes a good ensemble great. The Santiago Quartet is on a mission to celebrate Latin America’s rich concert repertoire. With Dickinson at their side they sound positively joyous." Songlines magazine

The Snowman by Raymond Briggs Music by Howard Blake

In our series of free concerts suitable for younger audiences we are delighted to present a full concert performance of the film score given by the Merriman Chamber Orchestra of Howard Blake's delightful score to Raymond Brigg's popular children's story, narrated by David Hitchen. The Snowman is the heart-warming tale of a boy who builds a snowman that comes to life that night and takes him on a series of adventures including a motorcycle ride and on a flying trip (to the famous song "Walking in the Air"). They even attend a snowman's party at the North Pole and meet Father Christmas who gives the boy a present of a scarf. Of course in the morning the snowman has melted away but the boy still has the scarf which leads him to wonder whether it was all a dream after all. A seasonal musical treat for all the family! Duration approximately 30 minutes.

Harry McCagherty: oboe Marcus Pashley: conductor For centuries Shakespeare's tale of the ill-fated young love of Romeo and Juliet has inspired composers to the very heights of their musical and emotional powers. The Merriman Concert Orchestra's themed programme "Love and Tragedy" features three such masterpieces. The concert includes perhaps the most famous love theme ever written in Tchaikovsky's overture; Prokofiev's 'Montagues & Capulets', now well-known as the theme music to BBC television's "The Apprentices" and the toe-tapping vitality of Leonard Bernstein's superb Broadway score for "West Side Story", which updates the story to the street-gang warfare of 1950's New York. The orchestra is also joined by the highly talented young Cranleigh Sixth Form oboist Harry McCagherty for Vaughan Williams' beautiful pastoral concerto.

Fontanella Recorder Quintet Pastime with Good Company In this popular programme, suitable for all the family, Fontanella traces the evolution of the recorder over seven centuries, incorporating medieval tunes, music from the Tudor age, jazz and folk song arrangements, brand new compositions and all sorts of glorious music up to the present day. Delivered with Fontanellaâ&#x20AC;&#x2122;s characteristic enthusiasm and flair, this programme celebrates the enjoyment of music-making in all its forms across the ages, with something for everyone. With music by Henry VIII, Byrd, Vivaldi, Saint-Saens and Henry Mancini and a whole host of others, you will come away feeling inspired and astonished by the huge and exciting repertoire for recorder ensemble! Guaranteed a hit!

Mozart: Fantasia in F minor K.608, Andante in G K.501 Bartók: Six Rumanian Folk Dances Nield: Three Fancies on English Folk Tunes Stamm: Rapsodia alla latina Bourgeois: Variations on a theme of Herbert Howells Christopher Herrick is one of the world's leading concert organists and has recorded over forty CDs for the Hyperion label. He performs regularly both as a soloist and with orchestras to enthusiastic audiences and critical acclaim throughout the world. Concert tours frequently take him to continental Europe, North America, Australia, and New Zealand. He is known for his all-encompassing repertoire, scrupulous musicianship, and quick rapport with audiences everywhere. Christopher is a former pupil of Cranleigh School. "Herrick is a musician with a powerful urge to communicate. And communicate he does, drawing on his enormous technical and intellectual resources to turn out performances which sometimes amaze, often astound, but never fail to stimulate." Gramophone

Andrew Fuller (cello) & Richard Saxel (piano) Schubert: Sonata for Piano and Arpeggione in A minor, D821 Martinu: Variations on a Slovakian Theme Rachmaninov: Sonata for Piano and Cello, Op.19 Schubert's masterly virtuoso sonata for the strange instrument called a guitar-violoncello (or 'Arpeggione') appeared in 1824, and whilst the original instrument is long-forgotten, this beautiful work is performed here on a contemporary 'cello, together with Martinu's Variations on a Slovakian Theme. Perhaps the most expansive and lyrical of all sonatas for cello and piano, Rachmaninov's extraordinary Sonata for Cello and Piano Op.19 was written in 1901, immediately following the famous Piano Concerto no.2 in C minor. The composer's gift for dazzling virtuosity and wonderfully extravagant melody is apparent throughout.

! E R O C N E Encore: The Winners of the Cranleigh Music Competitions In events throughout the year, Cranleigh musicians compete in the instrumental and vocal categories of the Helen Wareham and Prep School House Music Competitions. This special concert features the winning performances. At last year's 'Encore' the audience was stunned by the extremely high standards of musicianship on display. Now it's time once again to congratulate and celebrate the success of this year's winners in an evening of high quality music-making from these highly talented youngsters. Ticket price includes champagne and canapĂŠs after the concert. Parents of pupils invited to perform receive two complimentary tickets. Please note: this is a black tie event.

Jeremy Filsell Organ Recital Music by Bach, Reger, Dupré and Rachmaninov Continuing this year's series of top international virtuoso organists we are delighted to welcome Jeremy Filsell, Organist & Artist in Residence at the National Cathedral in Washington DC. He has recorded for BBC Radio 3, USA, and Scandinavian radio networks in solo and concerto roles and his discography comprises more than 25 solo recordings. Gramophone magazine commented on his series of recordings of Marcel Dupré’s complete organ works that it was “one of the greatest achievements in organ recording.” He has taught at universities, summer schools, and conventions in both the UK and USA and has served twice on international organ competition juries in Europe. Recent solo recital engagements have taken him across the USA and UK and also to Germany, France, Finland, and Norway. Jeremy Filsell started his teaching career in the 1980s at Cranleigh School. For further information please visit www.jeremyfilsell.com

VENUES The Speech Hall is situated at the left-hand end of the main School buildings; the Chapel is to the right. The Merriman Music School is situated directly behind the Chapel and the Emms Centre beyond that. Cranleigh Prep School Chapel is on the Prep School campus directly opposite the Senior School main entrance. G-Live is at the top of the High Street in the centre of Guildford (visit www.glive.co.uk for directions.)

SEASON TICKETS For the many who are regular supporters of the Concert Series, season tickets for the entire series (excluding the G-Live concert) are excellent value at ÂŁ80 (full price) and ÂŁ60 (concessions). This represents a 25% discount on individual ticket prices.

BOOKING INFORMATION Concessionary rates apply to senior citizens, children (who are not pupils of Cranleigh School or Cranleigh Prep School) and students in full-time education. Subject to availability, tickets may be purchased on the door at each event. Tickets for all individual concerts (not season tickets) can also be purchased from Cranleigh Arts Centre Box Office, 1 High Street, Cranleigh: (01483) 2788000. For advance booking and season tickets please pull out the booking form (centre pages) and return with a cheque made payable to 'Cranleigh School' and a stamped, addressed envelope to: Mrs Diana Pettifer, Ticket Secretary Cranleigh School, Horseshoe Lane, Surrey GU6 8QQ Tel: 01483 273666 or email: tickets@cranleigh.org Please note that Cranleigh School is not handling ticket sales for the concert at G-Live on 17th March. Booking details can be found on centre pages.

"Ah, music. A magic beyond all we do here!" ~J.K. Rowling, Harry Potter and the Philosopher's Stone 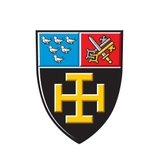