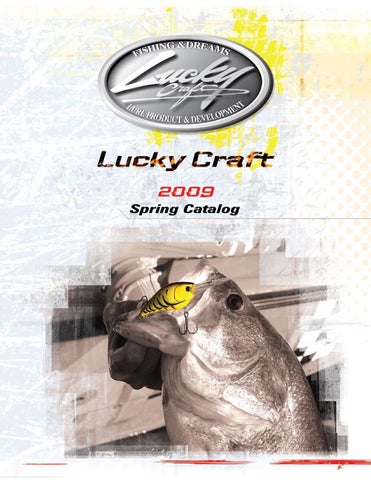 When 2007 Bassmaster Angler of the Year,

With the help of Lucky Craft pro sraff member Kelly Jordon, Lucky Craft has designed a new topwater lure – the Kelly J. Bream imitation topwaters have been the latest trend in bass fishing, and Lucky Craft has the new secret weapon.

During the post spawn, bass feed heavily on shallow-water baitfish. Even into the summer months, as long as the baitfish are in shallow water, big female bass will stay around to eat them. With its deep profile, the Kelly J realistically resembles a baitfish, and according to Jordon, it’s like throwing live bait. With a prop on the front and one on the back, the Kelly J makes a flicking noise as if it were an aggravating baitfish, and the bass can’t resist. Because bass are opportunistic this time of year, the Kelly J will catch fish based on more than hunger strikes alone. The aggravating noise of the Kelly J, along with its realistic colors and body shape, will increase the chance for hook ups. Jordon throws the Kelly J on a medium-action rod, but a longer rod can be used if a long cast is needed. Also, adjust to a shorter rod when around tight overhangs and limbs. Fish the Kelly J down shallow banks, as well as around lay downs, shallow grass, backs of pockets and seawalls. Give it two short, subtle twitches followed by a pause, and continue the pattern back to the boat. It has a natural look while sitting in the water, which is key to any great bait.

Lucky Craft has taken the Sammy, one of its most popular baits,

and re-designed it to create the Lucky Craft Sammy 105. The new bait won’t replace any of the baits in the Sammy series, but with its new features, it will add another element to fishing a topwater lure. With the addition of a single knocker, fish will be enticed and called to the surface in a new way. Not only will the “walk-the-dog” action catch their attention, but the noise, much like a baitfish ‘clicking’ across the surface, will also bring fish to the top. In addition to the newly added knocker, the Sammy 105 will feature three hooks, as does the already existing Sammy 128. However, the Sammy 105 is designed with a much smaller profile than its larger counterpart and the addition of the third hook will increase the chance for hook-up success.

his is a new, improved, tricked out Sammy. It doesn’t replace any of the others, but it has new features to give anglers every chance to get hooked up.” ••Kelly Jordon

Lucky Craft pro, Gary Dobyns, has been fishing with a

results in clear water, especially when the fish are not responding to other fishing styles. A key feature of the Slim Shad is its castability. The baitâ&amp;#x20AC;&amp;#x2122;s center of gravity (weighted by tungsten) facilitates sharp angle turns and long casting distances. This lure also moves well in fairly deep water. The Slim Shad D-7 is identical to the Slim Shad D-9 released in 2007, though it will have a smaller profile. Throw the D-7 on lakes with higher pressure or on lakes with smaller forage.

to the popular, existing arsenal. Lucky Craft’s lifelike finishes and realistic colors give them an advantage over the rest, and these new colors are some of the most innovative on the market today. With the help of several Lucky Craft pro staff members, the development of these colors has come from years of experience and research and development.

Developed with the help of Lucky Craft’s Skeet Reese, Pearl Flake White will be a popular color in clear water. Because of its bright color, it will draw fish up from deeper depths.

Ghost Chartreuse Shad is just that – a ghost version of the popular Lucky Craft color, Chartreuse Shad. The purpose for this color was to have a more translucent, natural-looking baitfish pattern for those clear water situations.

As the name suggests, this new color was also developed with Reese’s help. It is a slight variation of a custom color Reese has been fishing with for years and is a combination of several elements. It has a gun metal back, ghost sides and a chartreuse belly, and is great for clear water conditions.

Lucky Craft’s Gerald Swindle saw the need to work with Lucky Craft to create a new, green color that would stand out. He put the popular Chartreuse Shad color with an iridescent green back to create Green Sexy Shad.

With the help of pro Gary Dobyns, Lucky Craft has developed this new color. Dobyns saw a need for a subtle, more transparent color to use when fishing western waters. It looks natural on clear days and imitates pond smelt, a major forage in the West, very well.

Bluegill are a direct food source for bass, and according to Lucky Craft pro Gerald Swindle, this new color is the most realistic baitfish pattern he has ever seen. It has detail that is second to none and boasts Lucky Craft’s standard for excellence in the color schemes and quality.

Ghost Bluegill will be a great color in lakes where the bass have finished spawning and the bluegill have moved in. When the bluegill spawn is in full swing, there are always big bass close by.

Lucky Craft’s Skeet Reese wanted a color in the “white” family, but something with a bit of flash, as well. This new color, Gun Metal Shad, has scale patterns and flash for added diversity and unique characteristics.

This new color has a chartreuse body with a gun metal back, and a scale pattern similar to Lucky Craft’s popular color, MS American Shad. It has bright colors and flash, and according to Lucky Craft’s Skeet Reese, will be a great crankbait color.

develop the perfect Shakey Head Rod for the Team Lucky Craft (TLC) Collection. After using several different rods in various lengths, Ehrler believes a 7-foot Shakey Head Rod is best. This rod boatss a soft tip allowing anglers to cast more accurately. It also has a strong backbone for better hook-setting power. The Shakey Head Rod is very lightweight and the length allows for more leverage when fighting a fish.

When it comes to bait selection, Trout prefer

smaller profiles. The Pointer 48 and Pointer 50 give the same infamous Pointer action in a smaller, bite-size offering. Lucky Craft pro Joe Thomas realized the greatness of these small Pointers when fishing below the Lake Cumberland Dam. He caught more than 60 trout on a small Pointer in one day of fishing; almost 50 more fish than anglers in the same area fishing with streamers and fly rods. The Pointer 48s and 50s perform best on spinning tackle with 4-to 6-pound fluorocarbon. Fish the baits at the tails of rapids or at the beginnings of still water pools where there’s a lot of current.

rout lay and wait in eddies created by wood or boulders. Cast into those areas and use a jerk, jerk, pause cadence. Remember the two key things about these baits are their smaller profiles, which appeal to Trout, and fishing them on light tackle.” •• Joe Thomas

Many are familiar with Lucky Craft when strictly pertaining to the freshwater market.

There are now several ways to find the most

up-to-date information about Lucky Craft, new products, tournaments and more. From the Lucky Craft blog to the main company homepage, you can check out these sites for news you can’t find anywhere else. Visit one of Lucky Craft’s many web sites for various information, and stay connected.

for a full on-line version of the catalog, as well as product and company information. You can also read past and present articles, view images of pro staff and more.

Go to Lucky Craft’s main Japanese page for a full on-line version of the Japanese catalog, with various baits not available in the United States. Articles and information are posted here much like the main Lucky Craft U.S.A. page.

Lucky Craft’s official blog is up and running

Visit The Daily Crank for a glimpse into the personal lives of those closest to Lucky Craft, to read new product information straight from the horse’s mouth, and to discover “see-it-before-you-can-buy-it items.” Updated at least weekly, but usually every other day, The Daily Crank is Lucky Craft’s hottest new web site. Check it out today. 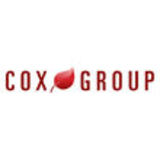