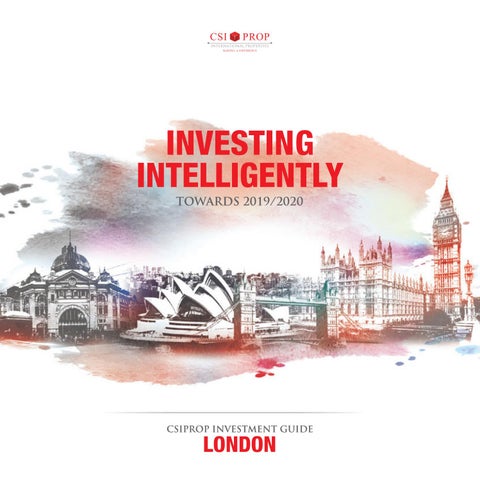 London Perhaps the busiest city in England, London has been most sensitive to housing demand-supply issues and the impending Brexit. The house price growth rate has plummeted to a negative, driving price falls across the nation. Uncertainty is inevitable as the UK negotiates its divorce from the EU, affecting business/labour as well as house prices. East London and West London, however, hold potential for house price growth, thanks to the Crossrail and improved infrastructure.

House price growth in London this year is expected to be slightly better but subdued, with predictions hovering from -0.2% to 0.5%. Meanwhile, price growth over the next 5 years is expected to be around 13%. That said, it is important to note that London is a market within a market, with characteristics of its own.

London remains one of the most dense cities in the UK. However, house price growth has fallen, driving price falls across the UK.

The meteoric rise of London real estate has come to a halt with asking prices (which had risen by over 50% between 2011 and their peak in 2016) now driving price falls across the UK to its lowest annual rate in 5 years. Perhaps the ongoing wrangling over Brexit has taken a toll on the capital city: house prices here fell at the fastest annual rate since the depths of the financial crisis, while rents dropped at the fastest rate in 8 years.

London posted the lowest annual growth in the UK. Sales volumes have dropped, too. A key issue behind the housing crisis in London is the gap between prices and earnings, underpinned by an undersupply of housing stock in the city. PwC estimated that an additional 110,000 new homes between 2011 and 2016 would have been needed to keep up with the population growth experienced.

Lewisham City in the East: London is moving eastwards, with areas like Canary Wharf, the Royal Docks and Stratford getting their fair share of the limelight. Source: ONS & Nomis

The city continues to move eastwards with more people living east of the Tower Bridge. East London, which encompasses Canary Wharf and the Docklands, has become one of the cityâ&#x20AC;&#x2122;s most eclectic spots for culture and entertainment. Key factors driving this rejuvenation are comparative affordability, jobs creation and improved transportation links, driving potential for investment.

Canary Wharf Currently Londonâ&#x20AC;&#x2122;s financial centre and a key financial district in Europe, Canary Wharf has evolved to become a prime residential address in London. Many of the residents living in and around Canary Wharf are high-earning homeowners and professionals in their 20s and 30s. There has been a concerted focus on delivering new housing, workspaces and retail in the area. Canary Wharf will be home to potentially 30,000 new residents over the next 10 years.

London’s Royal Docks was built in the mid-19th century, covering an area the size of central London. The Royal Docks, which encompasses the Royal Albert Dock, the Royal Victoria Dock and the King George V Dock, is poised to be the capital’s third financial district. It has excellent transportation links, serviced by Crossrail and DLR services for local travel and London City Airport for international travel.

Nearby, Silvertown could see the delivery of 5 million sqft of commercial space, 21,000 jobs and 3,000 new homes. Meanwhile, 30,000 jobs could be created at Royal Albert Docks, thanks to the new Asian Business Port which will include 3.5 million sqft of work spaces. Over 1,100 homes have been built in the Royal Docks since 2015, demand of which is driven by London workers in their 20s and 30s. An increase of 7.1% in Royal Dock’s population has been forecast over the next decade.

Crossrail: Travel Times The Crossrail, to run as the Elizabeth Line, will make travel times shorter from the east to the west of the capital. Source: London Eastern Opportunity Report 2017/18 Knight Frank

Crossrail Once completed in 2019, the Crossrail — to start running as the Elizabeth Line — will change London forever. Costing £15bn, the Crossrail will increase London’s rail capacity by 10% while reducing travel times throughout the capital. The Elizabeth Line will run from Canary Wharf and Custom House Stations, connecting Canary Wharf, the Royal Docks and the Queen Elizabeth Olympic Park, to central London and all the way to Heathrow. By 2017, house prices along the Crossrail route had outperformed the wider local markets by an average of 7%. The Crossrail will continue to be a catalyst for house price growth, especially for property in close proximity to the stations.

42km of new tunnels 100km — the total length of the line 41 stations £42bn — the estimated amount that Crossrail will boost the economy by More than 130 million working hours have been completed on the project so far . 34 minutes — the time it will take to get from Heathrow to Liverpool Street Station . More than 1,000 apprenticeships have been created by Crossrail 90,599 new homes along the route are planned by 2021

The West End will stand to benefit once the Elizabeth Line opens in London. Combined with a possible green light for a third runway at Heathrow by 2026, West London will experience a wave of regeneration, driving house demand and prices, JLL suggests in a new analysis. Heathrowâ&#x20AC;&#x2122;s expansion could create up to 60,000 jobs and generate around ÂŁ70bn in economic benefits by 2050. Plans are afoot to build 13,000 new homes in the area, which has been forecasted to outperform both Greater London and Central London in terms of sales price and rental growth over the next 5 years.

PROJECT MANAGER CSI PROP Pte Ltd @ 2019 CSI PROP Pte Ltd. First Edition. All rights reserved. This publication is the sole property of CSI PROP Pte Ltd (trademark: CSI PROP) and must not be copied, reproduced or transmitted in any form or by any means, either in whole or in part, without the prior written consent of CSI PROP Pte Ltd. All descriptions and other particulars are given in good faith and are believed to be correct but any intending readers, purchasers or tenants should not rely on them as statements or representations of fact and must satisfy themselves by inspection or otherwise as to the correctness of each of them. The Marketing Agents and The Project Manager shall be held responsible for any negligence, consequential loss or damage arising from the use of this information. No person in the employment of the Marketing Agents nor the Project Manager has any authority to make or give any representation or warranty whatever in relation to these investments and properties. This is an overseas investment. As overseas investments carry additional, financial, regulatory and legal risks, investors are advised to do the necessary checks as well as research on the investment beforehand. Investors are also advised to seek independent and qualified legal, financial and tax advisors. Past performance is not necessarily indicative of future performance even if the same strategies are adopted. 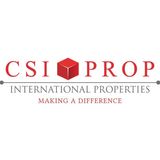