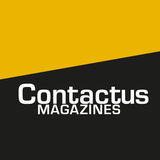 Contactus magazines have been publishing magazines about West London businesses since 2012, including titles such as 'Contactus Ealing', 'Contactus Chiswick' and 'Contactus Acton', as well as 'Ealing Homebiz', several Ealing Business Expo Guide editions, and 'The_Ealinger' magazine which ran to 58 editions from January 2016 to July 2017. Contactus magazines spread the word about shops and services mostly in the borough of Ealing (West London), with special emphasis on businesses run from home. The magazines also appear in print and are distributed in the area. Contactus magazines are now looking into producing "afterzines" - after-event magazines, and not just for Ealing either. Stay tuned for more information about that. Editor/publisher: Carlene Bender Email: info@contactusealing.co.uk Twitter: @ContactusEaling