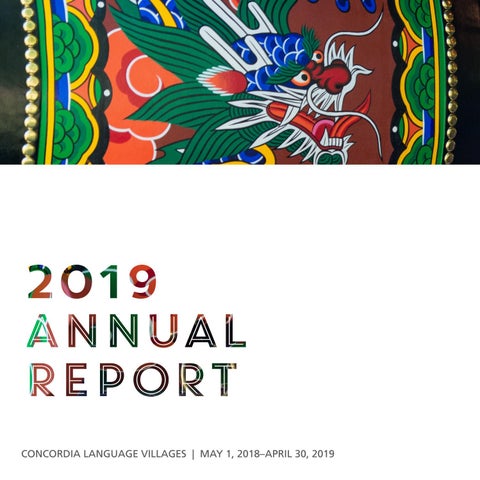 As we celebrate almost six decades of language and cultural immersion for thousands of participants of all ages, we are encouraging our alumni to “renew their passports.” The Village passports and name tags have been a part of the Village experience since our first summer in 1961. Whenever we encounter former villagers and staff, we discover that many still have their very first name tag from decades ago, just as I do from my summer as a credit villager at El Lago del Bosque in 1970. So please join one of our gatherings for alumni and friends this year, as we’re eager to reconnect with you! In this past year, we engaged with 10,500 youth, families, adults and teachers in creative and adventurous ways by “living the language.” Once again, our participants came from across all 50 of the United States and 34 countries. We added Persian to the roster of critical languages for the Concordia Language Training Center affiliated with the U.S. Department of Defense … making this our 16th language offering. We further developed our partnership with the Grumeti Fund in the Western Serengeti of Tanzania by expanding our English immersion day camps to 240 youth from surrounding rural elementary schools during the month of June. Alumni are invited to join the teaching teams. A natural extension was offering English language training to the adult employees of the Singita Corporation (safari company) on the Grumeti Reserve in the same area of Tanzania. Your scholarship gifts ensure that young people have the means to explore a global pathway that might otherwise be out of reach for them financially. Your contributions to support program innovation and staff professional development keep the Language Villages on the cutting edge of immersion education. Your commitment to expanding and enhancing our culturally authentic Villages on the shores of Turtle River Lake brings our international community to life in northern Minnesota. Simply said, thank you for your dedication to our mission of inspiring courageous global citizenship!

Concordia Language Villages extended their work with the Singita Corporation and Grumeti Fund in Tanzania by providing three two-week intensive English immersion sessions for the adult employees at the Singita luxury safari lodges in the Western Serengeti.

Executive Director Christine Schulze was the recipient of the “Excellence in Global Thinking” award from the Global Thinkers Forum. The award recognized Christine’s work in building bridges of global understanding.

The Concordia Language Training Center continued to expand its offerings to partners within the U.S. Department of Defense, including Army, Air Force, Navy and the National Guard. Persian Farsi was offered for the first time in 2018, but has grown into one of our highest-demand languages for professional-level trainings.

Concordia Language Villages alumni efforts were rebranded with the phrase “Renew Your Passport” to capture the memories of a classic element of the programming at the Villages since its beginning in 1961. Alumni gatherings are popping up all over the map to reconnect with our nearly six decades of participants from around the world.

A sculpture of Lekamøya, an inspiring figure of courage and determination in a Norwegian folk legend, was installed in the center of the Syv Søstre (Seven Sisters) garden at Skogfjorden. The garden was built in memory of Ann Nelson, a former six-year villager who perished in the World Trade Towers on 9-11.

Concordia Language Villages has become a leader in providing a variety of programming for adults, families, school groups, educators, critical languages and the youngest of language learners.

The staff who work in Language Village programs are drawn to the mission of the Villages and the opportunity to share their language and cultural expertise to villagers of all ages. Staff typically participate in a weeklong orientation where they develop the skills and techniques critical to helping villagers learn in a safe and fun environment.

Following the announcement of a $5 million grant to Concordia Language Villages, plans are underway for the creation of the Korean Language Village site on Turtle River Lake, near Bemidji, Minn. This is the largest single gift to the Villages in its 59-year history. Buildings feature both contemporary and traditional Korean elements that embody the time-honored value of embracing nature through architectural design. The donation by Kenny and Simone Park and the Simone Corporation (Seoul, Korea) supports the first phase of construction of Sup sogŭi Hosu on an 875-acre tract of land on Turtle River Lake that houses seven other Language Villages. The traditional Korean house, known as a hanok, is a solid one-level construction made of stone, wood and earth. Designed to be a part of its natural surroundings, a masterfully-constructed hanok can last for centuries, ventilated by careful arrangement and an astute understanding of wind flow. Sturdy, regularly placed posts support the weight of the structure, allowing a series of screen doors to shift into rooms that expand and contract in size according to need. It has been said that a hanok is a house that breathes, and that those who dwell here become a part of nature. Although Korean architecture has changed to incorporate the conveniences of modern life, the geometric shapes and angles of the classical hanok, as well as the emphasis on harmony with nature, continue to occupy an important role in contemporary Korean design. The new Sup sogŭi Hosu site will similarly reflect this bridging between traditional aesthetics and modern-day functionality.

Archigroup MA, of Seoul, Korea, and LHB of Minneapolis, Minn., are the two architectural firms that have taken on the challenge of creating this culturally authentic Korean Language Village in the North Woods of Minnesota. Previous projects by Archigroup MA include the Sohsul Boutique Hotel in Seoul and the Songam Space Center Observatory. LHB of Minneapolis has an extensive history of creating sustainable school and naturecenterdesigns,includingtheNorthernStarBoyScoutCampatHistoric Fort Snelling. The first phase of construction includes a dining hall and commercial kitchen, administrative complex, two villager cabins, soccer field and waterfront development. The second phase of construction will see additional cabins built, along with a deanâ&amp;#x20AC;&amp;#x2122;s residence, a cultural center and an activities building, including a martial arts room, art space, and a music room for learning kayagĹ­m (a zither-like instrument) and samul-nori drumming. A traditional Korean archery range is also planned. We look forward to those first language-learning experiences on site as a Village!

In 2017, Waldsee lost one of its most beloved villagers: Ted Taylor, who began attending the German Adult Week in 2015 at the age of 92. This past year, Ted’s daughter Susan Spielman and her husband Rick decided to honor his legacy by making two major gifts to the German programs at Concordia Language Villages: one of $100,000 to build a fourth family cabin at Waldsee, and a second $100,000 as an endowed scholarship for Waldsee villagers of all ages. “He was 92, and he drove up here all by himself his first year,” recalled Susan. “And of course when I came back with him, the second year, it was ‘Ted! You’re back!’ He was kind of a celebrity.” Ted was a lifelong learner of German. As a professor of organic chemistry at Princeton University, he spent months at a time in Germany and Switzerland as a visiting professor, with his family along for the ride. He learned enough to be able to conduct entire lectures in German. His research into the chemistry of colors in butterfly wings led to the creation of an anti-cancer drug called Alimta, for which he held the patent.

After the passing of his wife of 68 years, Ginnie, he moved to the Twin Cities to be closer to family. His delight in learning helped him connect with everyone around him, in Minnesota just as in New Jersey and in Europe. “Anybody he talked to, if they told him what they were doing, he would ask them more,” said Susan. “He was curious about everything.”

Ted’s legacy of curiosity will live on at the Language Villages as new generations of learners indulge their curiosity about German language and culture at Waldsee. “Because he loved it so much,” said Susan, “we thought, well, this is what he would want.”

A gift in honor of Ted Taylor, who became a German villager at the age of 92.

Susan Spielman and her father, Ted Taylor at Waldsee.

Susan and Rick Spielman standing in front of the fourth family cabin at Waldsee in honor of Ted.

In 1960, Gerhard Haukebo, a Concordia College faculty member, suggested the College initiate an experimental program using immersion techniques to teach language. The intent of the program was to teach young people about other languages and cultures, while giving Concordia students the opportunity to gain practical teaching experience. Concordia College sponsored the project in the summer of 1961. The College rented Luther Crest Camp, north of Alexandria, Minn., for the first twoweek German session for 72 campers aged 9–12. By all accounts, it was a resounding success. Interest in the program increased steadily and more “Villages” were added. Today 10,500 participants enroll in immersion programs in 16 languages. Seven architecturally authentic sites on Turtle River Lake (near Bemidji, Minn.) support year-round programming for thousands of youth, adults and teachers every year. 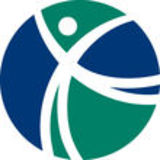