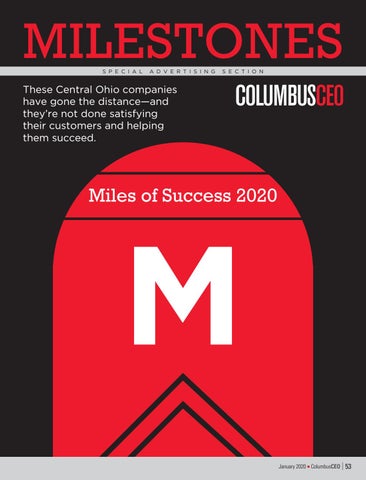 These Central Ohio companies have gone the distance—and they’re not done satisfying their customers and helping them succeed.

85 Grange and Columbus —an 85Year-Old Partnership

Grange Insurance then (this page) and now (opposite page)

hen his auto insurance premium jumped from $10 to $12 in 1930, little did Summit County farmer John Haaf know what he was starting. With a safe driving record and no claims, the Ohio State Grange member began sharing the idea of offering low-cost auto insurance with other members. Eight and a half decades later, Grange Insurance is now a Columbus institution and a proud representative of a vibrant, growing city and community. Grange is excited not only to celebrate 85 years in business, but also to celebrate our relationship with Columbus. The support and care from this community was, and is still to this day, instrumental to our success. Our mission says it all: Providing Peace of Mind and Protection during Life’s Unexpected Moments. It’s a promise we take seriously. For policyholders in 13 states, Grange can be the difference when their lives are at their most difficult. We understand that treat-

ing people as more than a number can turn a day, a week or a year around. That’s why our policyholders come first. Officially formed as Grange Mutual Casualty Company on March 25, 1935, Grange’s first home was a suite on the sixth floor of the South-

ern Hotel in downtown Columbus. The company expanded beyond Ohio State Grange members in the late 1950s and began expanding outside of Ohio during the 1960s. By partnering with independent insurance agents to sell home, auto, business and life insurance, Grange

steadily grew over the next five decades and in 2003 earned more than $1 billion in premium in a year for the first time. Currently, Grange partners with more than 5,000 independent insurance agents, has nearly 700,000 policies in force and $3 billion in assets, while maintaining an

We understand that treating people as more than a number can turn a day, a week or a year around. That’s why our policyholders come first.

“A” Excellent Rating from A.M. Best. That partnership with independent agents has been critical to Grange’s growth. Independent agents truly care about their clients. That allows Grange to provide products that best serve our insureds and our business.

Through it all, Columbus has remained home. Grange built its first corporate offices in the heart of the Brewery District in 1977, and in 2009 expanded that to the 240,000-square-foot location that houses more than 800 Grange associates in Columbus today and more than 1,200 associates across our footprint. While Grange has been successful for 85 years, the current iteration of the business has more in common with founder John Haaf than you might think—namely the willingness to disrupt the status quo. The rapid pace of

changing technology is dramatically altering consumer expectations. Despite being traditionally conservative by its nature, insurance is not immune to these challenges. Grange is facing these increased expectations by embracing innovation and ingraining it into the company culture. Whether it’s the use of artificial intelligence, big data or new ways to make the customer experience simpler and easier, Grange associates are challenged to think of solving problems in creative and new ways and not settle for doing business the way it’s always been done. To support this, Grange

launched an innovation incubator, innovation competition events and financial support of local startup businesses focused on the financial and insurance sector. Innovation at Grange is grounded in our roots. As John Haaf himself might have told you: We’re proud of our success, but what got us through the first 85 years, won’t get us through the next 85.

he year was 1965; the top song was “(I Can’t Get No) Satisfaction” by The Rolling Stones. Gatorade was created, Tiger Beat Magazine began publication, and Edwin L. “Dubbs” Roush opened Roush Honda. But the Roush legacy started well before that. Dubbs, a farm boy from Gahanna, had done everything from honorably serving in the Navy in World War II to leading the 1946 Otterbein College football team to its first OAC championship. After a short stint playing professional football, Dubbs returned home to teach and coach high school football before shifting careers and opening a small hardware store in Westerville in 1951. Dubbs continued his commitment to Otterbein as one of the founding members and first president of the “O” Club, eventually serving as chairman of the Board of Trustees at the college. He and his wife, Marilou, made the lead $2 million gift to build Roush Hall, which was dedicated on June

12, 1993, and were leading private donors of the new Memorial Stadium, which was dedicated on Sept. 17, 2005. But Roush Hardware is where it all began, and in 1965, Dubbs founded Roush Honda, a motorcycle dealership next to the hardware store. The showroom eventually included a track where customers could test-drive and even race bikes. In 1973, Dubbs started selling Honda automobiles and later added used cars. After a successful ride in the motorcycle business, Dubbs wanted to focus on cars, so he sold the motorcycle franchise to Classic Cycles in 1978. Looking back, it’s hard to believe that a new, 1973 Civic Hatchback sold for $2,150; a 1976 Accord was $3,995; and the sporty, 1979 Prelude was $6,445. In the early 1980s, interest rates were 18%, but that didn’t stop people from wanting a new Honda. In fact, there was a waiting list to get one. Customers were following car carriers to the dealership to see if they could get one from the truck. Hondas

didn’t have radios, A/C or passenger-side mirrors then; they were sold as accessories. Things certainly have changed.

Dubbs was always a leader—proud owner of Roush Hardware, Roush Honda and Roush Sporting Goods. His motto, The

The business will continue to evolve, but our responsibility to our customers, employees and our community is sacred, and that will never change. 56 ColumbusCEO l January 2020

Friendly Ones, captured both his spirit and work philosophy. In 1991, he made a decision that changed the lives of many: He sold the businesses to the employees. In 1997, Roush Honda became 100% employee-owned. “He was looking for a unique exit strategy,” recalls Roush Auto Group President and CEO Jeff Brindley, who has been with the dealership for 38 years. Brindley believes that employees having a stake in the company has been critical to the organization’s growth and success. “Dubbs really wanted to provide an opportunity for the people who built the business to take it forward,” Brindley says.

Taking the business forward is an understatement. Since buying the company, the Employee Stock Ownership Plan (ESOP) has purchased the Roller Chalet and converted it to a detail and body shop; added a satellite used car facility, Roush Budget Car Outlet; built a new Honda showroom and service department; purchased a vehicle reconditioning center; and added 9 acres of offsite vehicle storage.

In late 2016, Jeff Brindley had a casual lunch meeting with Jim Keim, owner of Jim Keim Ford. Both gentlemen felt that the cultures at their respective dealerships aligned very well. Within a few days, a deal was put together and in January 2017, Roush added the Ford brand and became Roush Auto Group. Today, 11 team members remain at Roush Honda from 1991, when the ESOP formed; 42 team members

have 15-plus years with the dealership. “Throughout the years, we’ve seen many changes in technology, increased product offerings and regulatory challenges,” Brindley says. “The business will continue to evolve, but our responsibility to our customers, employees and our community is sacred, and that will never change.” 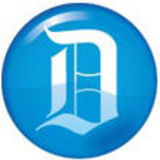 These Central Ohio companies have gone the distance—and they're not done satisfying their customers and helping them succeed.

These Central Ohio companies have gone the distance—and they're not done satisfying their customers and helping them succeed.