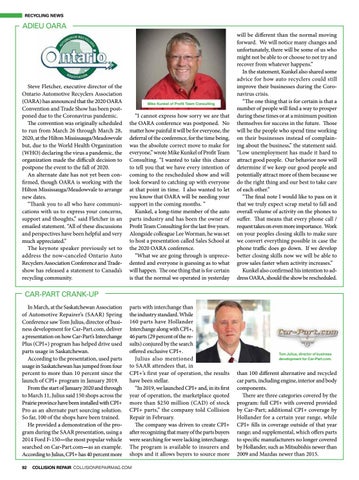 Steve Fletcher, executive director of the Ontario Automotive Recyclers Association (OARA) has announced that the 2020 OARA Convention and Trade Show has been postponed due to the Coronavirus pandemic. The convention was originally scheduled to run from March 26 through March 28, 2020, at the Hilton Mississauga/Meadowvale but, due to the World Health Organization (WHO) declaring the virus a pandemic, the organization made the difficult decision to postpone the event to the fall of 2020. An alternate date has not yet been confirmed, though OARA is working with the Hilton Mississauga/Meadowvale to arrange new dates. “Thank you to all who have communications with us to express your concerns, support and thoughts,” said Fletcher in an emailed statement. “All of these discussions and perspectives have been helpful and very much appreciated.” The keynote speaker previously set to address the now-canceled Ontario Auto Recyclers Association Conference and Tradeshow has released a statement to Canada’s recycling community.

“I cannot express how sorry we are that the OARA conference was postponed. No matter how painful it will be for everyone, the deferral of the conference, for the time being, was the absolute correct move to make for everyone,” wrote Mike Kunkel of Profit Team Consulting. “I wanted to take this chance to tell you that we have every intention of coming to the rescheduled show and will look forward to catching up with everyone at that point in time. I also wanted to let you know that OARA will be needing your support in the coming months. ” Kunkel, a long-time member of the auto parts industry and has been the owner of Profit Team Consulting for the last five years. Alongside colleague Lee Worman, he was set to host a presentation called Sales School at the 2020 OARA conference. “What we are going through is unprecedented and everyone is guessing as to what will happen. The one thing that is for certain is that the normal we operated in yesterday

will be different than the normal moving forward. We will notice many changes and unfortunately, there will be some of us who might not be able to or choose to not try and recover from whatever happens.” In the statement, Kunkel also shared some advice for how auto recyclers could still improve their businesses during the Coronavirus crisis. “The one thing that is for certain is that a number of people will find a way to prosper during these times or at a minimum position themselves for success in the future. Those will be the people who spend time working on their businesses instead of complaining about the business,” the statement said. “Low unemployment has made it hard to attract good people. Our behavior now will determine if we keep our good people and potentially attract more of them because we do the right thing and our best to take care of each other.” “The final note I would like to pass on it that we truly expect scrap metal to fall and overall volume of activity on the phones to suffer. That means that every phone call / request takes on even more importance. Work on your peoples closing skills to make sure we convert everything possible in case the phone traffic does go down. If we develop better closing skills now we will be able to grow sales faster when activity increases.” Kunkel also confirmed his intention to address OARA, should the show be rescheduled.

CAR-PART CRANK-UP In March, at the Saskatchewan Association of Automotive Repairer’s (SAAR) Spring Conference saw Tom Julius, director of business development for Car-Part.com, deliver a presentation on how Car-Part’s Interchange Plus (CPI+) program has helped drive used parts usage in Saskatchewan. According to the presentation, used parts usage in Saskatchewan has jumped from four percent to more than 10 percent since the launch of CPI+ program in January 2019. From the start of January 2020 and through to March 11, Julius said 150 shops across the Prairie province have been installed with CPI+ Pro as an alternate part sourcing solution. So far, 100 of the shops have been trained. He provided a demonstration of the program during the SAAR presentation, using a 2014 Ford F-150—the most popular vehicle searched on Car-Part.com—as an example. According to Julius, CPI+ has 40 percent more

parts with interchange than the industry standard. While 160 parts have Hollander Interchange along with CPI+, 46 parts (29 percent of the results) conjured by the search offered exclusive CPI+. Julius also mentioned to SAAR attendees that, in CPI+’s first year of operation, the results have been stellar. “In 2019, we launched CPI+ and, in its first year of operation, the marketplace quoted more than $250 million (CAD) of stock CPI+ parts,” the company told Collision Repair in February. The company was driven to create CPI+ after recognizing that many of the parts buyers were searching for were lacking interchange. The program is available to insurers and shops and it allows buyers to source more

than 100 different alternative and recycled car parts, including engine, interior and body components. There are three categories covered by the program: full CPI+ with covered provided by Car-Part; additional CPI+ coverage by Hollander for a certain year range, while CPI+ fills in coverage outside of that year range; and supplemental, which offers parts to specific manufacturers no longer covered by Hollander, such as Mitsubishis newer than 2009 and Mazdas newer than 2015. 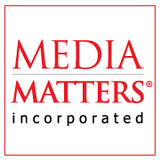