New Mexico has a long history of wine production, starting with the mission grape brought here by the Spanish Colonists. The fertile soil, high altitude and dry moderate weather make the Tularosa Basin a perfect place to grow not only grapes but pistachios and pecans as well. You can explore numerous vineyards and nut farms, minutes from Alamogordo. Many of these locations offer unique gift shops, gorgeous views, wine or nut tastings, special events and daily tours.

Visit these amazing places to learn more about the rich history of farming in New Mexico, and don’t forget a bottle of wine and a burlap bag of nuts to take home.

Home to nearly 300 animals representing 90 species, the 12-acre Alameda Park Zoo offers an education center, picnic area, playground, and gift shop thatâ&amp;#x20AC;&amp;#x2122;s perfect for families and visitors of all ages. With a mission to promote education in the environmental fields of study, conservation, recreation and biological research, the zoo connects humans with animals through audio, visual and tactical experiences. Visit a Species Survival Plan Captive Facility for the Mexican Gray Wolf, take a guided tour, enroll in a docent program, or attend a lecture. Check the calendar for the annual Earth Day celebration, concerts, and other events. Open Daily 9a to 5p Closed Christmas &amp; New Yearâ&amp;#x20AC;&amp;#x2122;s Day 1321 N. White Sands Blvd. Alamogordo, NM (575) 439-4290 or (877) 333-6589

New Horizons Giant Screen Dome Theater &amp; Planetarium Let your imagination soar to new heights at this dazzling planetarium, named for the NASA spacecraft that recently flew past Pluto. Take in the vast beauty of the universe in the worldâ&amp;#x20AC;&amp;#x2122;s first Spitz Scidome 4k Laser full-dome planetarium projection system, offering two digital planetarium shows daily as well as a live star show and giant screen films. Explore the solar system, stars and the universe with museum educators and learn the stories behind the constellations, the causes of the seasons and why planets appear to move backwards in the night sky. Located just down the hill from the New Mexico Museum of Space History. (575) 437-2840 or (877) 333-6589

NEW MEXICO MUSEUM OF SPACE HISTORY Did you know that New Mexico’s Tularosa Basin was the cradle of America’s space program? Or that Alamogordo hosts a worldclass museum devoted to the history, science, and technology of space travel? A visit to the New Mexico Museum of Space History rewards you with the sight of an authentic Moon Rock, as well as rare examples of the first man-made satellites, Sputnik and Explorer. Permanent exhibits highlight the history of rocketry and its pioneers. The International Space Hall of Fame, an integral part of the museum, recognizes the accomplishments of over 150 people around the world who have contributed to the quest for space. Established in 1976, past inductees include two of the twelve men who walked on the moon, New Mexican astronauts Harrison Schmitt from Silver City and Edgar Mitchell from Artesia. 10a to 5p – M, W, Th, F, &amp; Sat Noon to 5p – Sun, Closed Tues Closed Christmas &amp; Thanksgiving 3198 State Rte 2001 Alamogordo NM (575) 437-2840 or (877) 333-6589 ADVENTURES FOR LIFE

and represent a vast array of performance genres from all over the world. After the dynamic Premier Season, the Flickinger Center takes things outdoors, to enjoy our beautiful weather with the “Tailgate Summer Concert Series,” in the parking lot of the New Mexico Museum of Space History. “Flickinger Films” is an exciting new program being introduced at the theater. The theater has a digital projector, state of the art sound system, and 13’ x 30’ movie screen. “Flickinger Films” strives to bring the community and families together with opportunities to see favorite movies on the big screen again, or even for the first time! 1110 N. New York Ave. Alamogordo, NM (575) 437-2202

If you miss the train at the Toy Train Depot, there’s another one just down the line. The small-scale train ride departs every 30 minutes and circles Alameda Park. Inside the century-old depot you’ll find hundreds of scale models of train locomotives as well as passenger and freight cars, along with the world’s smallest scaled working train. A 1,000-square-foot HO layout depicts 1940s-era Alamogordo. Open 10a to 4p Friday through Monday 1991 N. White Sands Blvd. Alamogordo NM (575) 437-2855

Tularosa Basin Museum of History With exhibits that focus on the history of the Tularosa Basin, the Tularosa Basin Museum of History preserves and promotes the local history of Alamogordo, Tularosa, La Luz, Cloudcroft, and other Sacramento communities. Learn about the early Native Americans who lived in the area, White Sands National Monument, the local railroad, La Luz pottery, ranching, Scouting and more. View artifacts and stories from the days of early man to Alamogordo’s role in the atomic and space ages. Open 10a to 4p Monday through Saturday. Closed Sundays. 1004 N. White Sands Blvd. Alamogordo, NM (575) 434-4438

WHITE SANDS NATIONAL MONUMENT Rising from the heart of the Tularosa Basin is one of the world’s great natural wonders – the glistening white sands of New Mexico. At White Sands National Monument, oceans of white gypsum sands and magnificent wave-like dunes, cover 275 square miles of desert, only 15 minutes west of Alamogordo. Today the panoramic sky &amp; mountain views, beautiful sunsets and full moon walks attract people from all over the world, but for thousands of years, people have called White Sands home, from early Native Americans to Spanish settlers, ranchers, and the U.S. Military. The world’s largest gypsum field, White Sands has unique weather conditions and it shelters some 800 species of animals, including badgers, foxes, coyotes and roadrunners. Learn more during one of our nature and education programs. Trails through the dunes include the raised Interdune Boardwalk and the Dune Life Nature Trail, dotted with interpretive exhibits on wildlife and other features. Stop by the visitors center and gift shop to plan your visit to hike, bike, camp, drive, picnic and sled your way through an incredible natural wonder. Open year-round, except for Christmas Day. 19955 Highway 70 West, Alamogordo, NM (575) 479-6124

Three Rivers Petroglyph Site offers direct access to more than 21,000 glyphs of birds, animals, fish, insects, plants, and humans as well as geometric and abstract designs, all scattered across 50 acres of the northern Chihuahuan Desert. The petroglyphs date to between 900 and 1400 AD and were created by the Jornada Mogollon people, who used stone tools to remove the dark patina on the exterior of the rocks. Pick up a petroglyph guide at Three Rivers Petroglyph Site, which also offers hiking and backpacking trails as well as picnic and camping areas. Open year-round 3 Rivers Rd. Tularosa, NM (575) 525-4300

Visit the restored 19th-century ranch house of Oliver Lee, an influential settler in the New Mexican territory and the namesake of the Oliver Lee State Park. Situated south of Alamogordo in the Sacramento Mountains, the park lies at the mouth of Dog Canyon, where a trail takes you to a perennial stream and a retreat beneath shady cottonwoods. The Dog Canyon Recreational Trail offers striking views of the Tularosa Basin to the west and the Organ Mountains to the south. The park offers plenty of opportunities for hiking, camping, picnics, and wildlife sightings. Park Open year-round Visitor Center Open daily 9a to 4p 409 Dog Canyon Rd. Alamogordo, NM (575) 437-8284

Trinity Site The world was forever changed on July 16th, 1945 at the Trinity Test Site. It was here at the White Sands Missile Range that the first atomic bomb was detonated and brought a quick end to the Second World War in the Pacific. Today it is a national historical site that is open to visitors just 2 days per year, the first Saturdays in April and October. Visitors can see ground zero, the ranch house where the bomb was assembled and one of the instrument bunkers. White Sands Missile Range Museum (575) 678-8824

Lincoln National Forest The Lincoln National Forest offers about 1.1 million acres in southcentral New Mexico for hunting, camping, biking, hiking, ATVing, winter sports and much more. Stretching north from Texas to the Capitan Mountains, with a landscape that varies from rugged canyons to gently sloping foothills. Elevations range from 4,200 feet to 11,500 feet. The Lincoln was first set aside as a forest reserve in 1902 to protect and conserve recreation values and water. Today, the Lincoln National Forest is one of 154 forests (and grasslands) that are managed for sustaining health, diversity, and productivity to meet the needs of present and future generations. The Lincolnâ&amp;#x20AC;&amp;#x2122;s headquarters is in Alamogordo, and its District Offices are located in Ruidoso, Cloudcroft and Carlsbad. Come out and enjoy the great outdoors! Open year-round (575) 434-7200 ADVENTURES FOR LIFE

Download Our New App! Quick access to maps, dining options, calendar of events, videos and photography. Learn about the local climate, interesting facts, and much more.

A brief highlight of places to explore, things to do and an experience of a lifetime! Come visit Alamogordo, New Mexico and discover your gateway to fantastic sightseeing, scenery, sand and space. A place where we encourage you to have Adventures for Life! 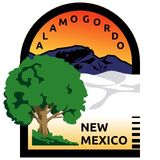