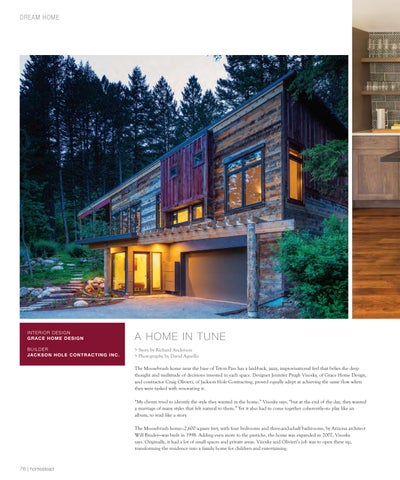 A HOME IN TUNE

&gt; Story by Richard Anderson &gt;P hotography by David Agnello The Moosebrush home near the base of Teton Pass has a laid-back, jazzy, improvisational feel that belies the deep thought and multitude of decisions invested in each space. Designer Jennifer Prugh Visosky, of Grace Home Design, and contractor Craig Olivieri, of Jackson Hole Contracting, proved equally adept at achieving the same flow when they were tasked with renovating it. “My clients tried to identify the style they wanted in the home,” Visosky says, “but at the end of the day, they wanted a marriage of many styles that felt natural to them.” Yet it also had to come together coherently—to play like an album, to read like a story. The Moosebrush home—2,600 square feet, with four bedrooms and three-and-a-half bathrooms, by Arizona architect Will Bruder—was built in 1998. Adding even more to the pastiche, the home was expanded in 2007, Visosky says. Originally, it had a lot of small spaces and private areas. Visosky and Olivieri’s job was to open these up, transforming the residence into a family home for children and entertaining.

Homestead Magazine is Jackson Hole’s premier resource for architecture, interior design and art. With a focus on the blend of western and contemporary design that is so unique to the Rocky Mountain West, Homestead Magazine serves many functions in the Jackson community. It is a directory of local resources, an editorial publication featuring original articles and photography, a showcase of work by top architects, artists, builders, designers, and artisans, and a source of inspiration for anyone building, buying, or decorating a home. 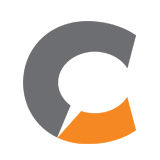