© QUT 2016 CRICOS No. 00213J Produced by QUT Precincts. Information correct at time of printing, subject to change without notice

Katherine CLAYTON A flower 2016 various woods Courtesy of the artist

Jack MITCHELL untitled 2016 oil on timber Courtesy of the artist

Brooke FERGUSON No. 8 (for J.W.) 2015 gouache and pencil on paper Courtesy of the artist

Anna MADELEINE At a rate of knots 2016 quartz clock movements, string, ribbon and swivels Courtesy of the artist

An ‘Emerging Art’ Prize To be eligible for the churchie national emerging art prize (‘the churchie’), an entrant must “be an emerging artist”.1 While the word ‘emerging’ is thrown about freely in contemporary art circles, it is rarely given enough critical attention. Typically reserved for art prizes, grants and residencies, its meaning is somewhat of an enigma. In fact, Google search results sometimes treat ‘emerging’ and ‘contemporary’ as synonymous. But one might be a very wellknown contemporary artist such as Damien Hirst or Tracey Moffatt, so this is not a satisfactory comparison. To understand the works on display in this exhibition of finalists in one of Australia’s most acclaimed art awards, it’s worth considering what it might mean to be an emerging artist today. On one hand, being an emerging artist seems to be an advantage, not only for the various funding opportunities apparently on offer (elaborated on later), but also because the word ‘emerging’ suggests that one is on the verge of something. ‘Emerging’ from what and into what exactly? Nobody is entirely sure, but one thing is certain—they are moving. This sense of motion or dynamism has captivated artists and audiences alike since modernism. On the other hand, emerging implies ‘not established’. This begs the question: if an emerging artist is not established, then why don’t we call them ‘unestablished artists’? One reason, besides being rather unflattering, is that it doesn’t imply the potential or the promise that ‘emerging’ does. The artist has not yet made it; however, the emphasis is on ‘yet’. ‘Emerging’ implies that they are budding—just about ready to bloom. And if defining an ‘emerging artist’ seemed difficult, how would one define an ‘established artist’? When exactly does one make the transition from ‘emerging’ to ‘established’? Being signed to a dealer? Showing their work in an institution? According to Oliver Watts, artists “are emerging until they are told they have succeeded”.2 Watts’ words perpetuate a binary understanding of the ‘emerging’ and the ‘established’ and point out the opacity of the process of transitioning from one to the other. Soo Hee Lee and Jin Woo Lee, academics at Kent Business School in the UK, argue that art fairs are playing an increasingly important role in artists’ career paths: As for young and emerging artists, they have to navigate through some very hierarchical career trajectories. Then, the careers of artists become distinguished via the layer of intermediaries. The layer between artists and

consumers traditionally consists of actors, such as dealers, galleries, critics, museums, and auction houses … this layer has changed over the last two decades owing to the establishment of a new actor: art fairs.3

They explain that galleries exhibiting at Frieze London are separated into three sections: Main for leading galleries; Focus for emerging galleries; and Live for participatory and experimental artworks.4 Sydney Contemporary art fair uses a similar model: Current for leading galleries; Future for ‘young galleries on the rise’; and Installation Contemporary and Video Contemporary for more experimental works in the form of installation and video.5 However, it might not be necessary to draw such distinctions at all. Roger Nelson discusses Australian art’s separation of the ‘emerging’ and the ‘established’ in the context of our neighbours in Southeast Asia: In Australia, funding bodies and exhibition venues decide who counts as established, and it’s a fairly distinct delineation. In Cambodia, these kinds of institutions do not exist. And elsewhere in Southeast Asia … their influence and authority generally has a shorter history than in Australia, and is also matched by other more informal and culturally ingrained modes of judging and legitimising artists’ practice. In Australia, once you’ve become established, you don’t go back to being emerging. Whereas in Cambodia and elsewhere in the region, the lines are more fluid, and once an artist is regarded by her or his peers as established, she or he often uses this success to collaboratively assist lesser-known peers.6

When compared to countries like Cambodia, our separation of the ‘emerging artist’ and the ‘established artist’ appears perhaps unnecessary. As Nelson argues, it does not necessarily have to be one or the other, and in fact “there’s nothing fixed about what counts as emerging”.7 In that case, must ‘emerging art’ be made by an ‘emerging artist’? There is certainly a misconception in art (and many other, particularly creative, fields) that ‘young’ or ‘new’ artists know something that ‘old’ artists do not. We are frequently reminded that contemporary Western culture is youth-obsessed; however, I would argue that art’s obsession is with the new and the future, rather than with youth. The confusion is understandable, as young people do abstractly represent the future. In 2013, New York–based collective DIS launched their video Emerging artist, which features close-ups of several women caressing their bare pregnant bellies. A woman’s voice narrates the sleek clip:

Under a guise of mocking humour, the video points to art’s obsession with youth as a placeholder for the future. I am aware of the criticisms associated with curating shows based on artists’ age, as I work for a research project called 89plus, curated by Simon Castets and Hans Ulrich Obrist, and focused solely on artists born in and after 1989 (the year the Berlin Wall fell, and the World Wide Web was introduced). But I would argue that any year-based cut-off could be seen as arbitrary. For example, why is an artist considered emerging at age 35 but not 36? Why is someone born in 1964 a Baby Boomer, and someone in 1965 part of Generation X? 89plus is a long-term generational study, not a youth study; the artists happen to be young now, but will not always be, and part of the project is to watch how their practices develop over many years. I agree wholeheartedly with Geczy, who advocates, “…it is an obfuscation to lay all association with newness into young artists’ hands. After all freshness of approach and freshness of effect can take years for an artist to achieve.”9 Geczy goes on to note that many Indigenous artists ‘emerge’ in their 60s or even later,10 which only reminds us that youth obsession and its misconception with the ‘new’ is a Western preoccupation. There are several initiatives aimed at emerging artists that, unlike ‘the churchie’, specify an age range, such as Primavera at the Museum of Contemporary Art (MCA) in Sydney, for artists aged 35 years and under; the Melville Haysom Scholarship, for artists under 25; and the Emerging Artist Award presented by fortyfivedownstairs and Future Leaders, for those aged 18 to 30. Other initiatives specify a maximum number of years the artist has been practicing; for example, the ARTAND Australia / Credit Suisse Private Banking Contemporary Art Award, for artists in their first five years of practice; Hatched at the Perth Institute of Contemporary Arts (PICA), for artists who have graduated in the last year; and the now-obsolete Fresh Cut at the Institute of Modern Art (IMA) in Brisbane, which began as a ‘best of graduates’ show, but in 2008 changed its approach to focus on emerging Queensland artists who were up to six years out of art school but had not shown at the IMA before. I could list many more opportunities aimed at emerging

artists, but these examples suffice to explain how an ‘emerging artist’ is often defined: someone youngish, in their first however-many-ish years of practice, with only a few-ish exhibitions on their CV. My point is that an emerging artist cannot be described in finite terms. In fact, these age and length-of-practice guideline variations between initiatives highlight the need for a different interpretation of the term ‘emerging’. If being an ‘emerging artist’ is not a temporal quality, and not easily

defined against an emerging-versus-established system, it might be better understood in relation to those third and fourth art fair categories at Frieze London and Sydney Contemporary—as ‘experimental’. This seems particularly pertinent to the current show; after all, ‘the churchie’ is both a prize developed by a school and an exhibition hosted by a university. Each of these spaces provides a fruitful environment for creative experimentation for artists and other innovators alike. Another space known for creative experimentation is the Artist-Run Initiative (ARI), which is also frequently referred to as a facilitator of ‘emerging’ art and artists. Seventh ARI in Melbourne has “a commitment to supporting emerging artists, curators and writers”;11 Firstdraft in Sydney is “where the future of contemporary art emerges”;12 Feltspace in Adelaide is “supporting, developing and presenting emerging, experimental and diverse exhibitions and public programs”.13 My own Brisbane-based ARI, Current Projects, which operated from 2011 to 2014, similarly “provide[d] support and opportunities for emerging artists”.14 There are, however, several spaces that do not specify ‘emerging’ art, and instead opt for the ‘experimental’. Boxcopy in Brisbane, for example, “creat[es] a platform for the experimental and innovative practices of Australian artists”.15 Similarly, Kings in Melbourne is “supporting distinctive experimental projects by artists at all stages of their careers”;16 Sawtooth in Hobart “showcase contemporary and experimental art by local interstate and international artists at various stages of their professional career[s]”;17 and at Inflight in Hobart, “the programming preference is towards experimentation”.18 This is interesting because it points to an alternative role for the ARI. While commonly known as a place for emerging (read: unestablished) artists to show their work, it is also a place for established artists to show their non-institutional or non-commercial (read: experimental) work.

In an article examining the evolution of non-profit gallery Gertrude Contemporary in Melbourne, which began in 1985 as a space for artists in the early stages of their careers, curators Alexie Glass-Kantor and Emily Cormack explain that in the 1980s, the term ‘emerging artist’ was relatively unknown, but it meant those artists who took ‘risks’ or made ‘difficult’ art.19 They note that since then, there has been a significant change in the term’s “currency and relevance”,20 but that this does not spell the end for such art-making. They explain: As the terminology shifts, it becomes increasingly apparent that those attributes that were traditionally associated with emerging artists were actually more a collection of qualities external to a temporal barometer, and it is these salient qualities that will persist regardless of the terminology applied to them. The practitioner who desires to break new ground, to experiment and challenge artistic conventions of form or approach, who regularly seeks to reinvigorate his or her practice, will always exist regardless of age or career length.21

When viewing the churchie exhibition, we must consider the different definitions of ‘emerging art’ hinted at above, and how these might intersect, overlap and evolve. We must question what it is about the artist or the work that has given them or it the ‘emerging’ label. Is it because the artist is not yet signed to a gallery or has not shown in a major institution? Is it because they are young or just starting out? Or is it because their work is breaking new ground or experimenting with and challenging artistic conventions? When art is experimental, it defies age or career status, and challenges the audience to consider something new. Katherine Dionysius Katherine Dionysius is a curator, writer and editor. She is Curatorial Assistant at QUT Art Museum, and Head of Research at 89plus. She co-founded and co-directed Current Projects ARI from 2011 to 2014. Katherine’s writing has been published by Kaleidoscope Magazine, Das Platforms, Metro Arts, Boxcopy and Inhouse ARI. She has contributed to publications by Fondation Cartier, Musée d’Art Moderne, Moderna Museet and QUT Art Museum. 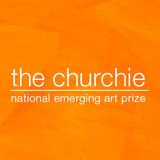