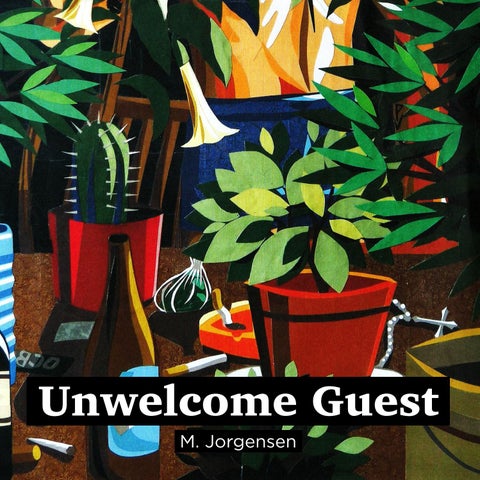 “Until the lion writes his own story, the tale of the hunt will always glorify the hunter.” -African proverb The ConTextos Authors Circle was developed in collaboration with young people at-risk of, victims of or perpetrators of violence in El Salvador. In 2017, this innovative program expanded into Chicago to create tangible, high quality opportunities that nourish the minds, expand the voices and share the personal truths of individuals who have long been underserved and underestimated. Through the process of drafting, revising, illustrating and publishing memoirs, participants develop self-reflection, critical thinking, camaraderie, and positive self-projection to author new life narratives. Since January 2017, ConTextos has collaborated with the Cook County Sheriff ’s Office to implement Authors Circle in Division X of Cook County Department of Corrections as part of a vision for reform that recognizes the value of mental health, rehabilitation and reflection. These powerful memoirs complicate the narrative about violence and peace-building, and help author a hopeful future for these young men, their families and our collective communities. In collaboration with

I have carried around resentment and self pity like a badge of honor forever. I had to walk on eggshells growing up. It felt like dark times with the absence of God.

I could still conjure up the feeling of numbness in my legs from standing for hours on end facing a wall. Telling your 12 year old son, “It’s your fault I drink,” hurts. Torment competed torture. I would even pretend to be asleep to avoid my father. I told myself I would never be like him. My emotional capacity was assassinated.

That’s when I invited you into my life.

You arrived in all shapes and sizes; cans, bottles, and bags. I was reckless, scared, and weak. In the wrong place at the right time for you.

I was a depressed sheep apart from the ninety-nine. I drank and took anything that was offered. At war with myself always wearing a self deceiving mask.

At ďŹ rst we only saw each other once a month. Once a month became weekends. Weekends became months. Months became years. Running from my childhood at top speed and never looking back.

It was the worst kind of roller coaster physically and mentally. I began to choose you over everyone else. It was like putting a bandaid on a severed limb. I was lost so you found me and brought instant gratiďŹ cation along for the ride.

I started to look for love, material objects, and approval in all the wrong places. Anything to ďŹ ll this void. I used gambling, overspending, drugs, sex and alcohol to avoid the pain of making deeper relationships and to avoid the grief of losing them.

I stayed loaded like a clown car on a Saturday night. I was drunk with contempt. I was comfortable when I was numb.

I joined the army to better my life and get away from you. I noticed you were beginning to cloud not just my past but everything.

Everywhere I went, there you were. The further I ran the closer you got. You were accepted by my brothers in arms.

So we picked up right where we left off. I was in too deep so diluted I became.

The difference between right and wrong became a blur. You were an illusion of the grass being greener on the inside of a bag or the other side of a bottle.

It got to the point where looking at myself in the mirror was an effort that seemed heroic. Our relationship was like a scab, you itched I scratched and got infected. As you began to fester I rationalized, glamorized, and justiďŹ ed your existence.

Your toxicity ďŹ&#x201A;ourished in my veins.

When I looked in the mirror my eyes were more than bloodshot, white sclerosis marbled with red. This made my heart pound. My pupils were dilated like little ﬂying saucers above ghostly white cheeks that had started to concave. I looked like a ﬁsh out of water. My ﬁrst thought was you look like shit and my second was to get another drink.

It was Tuesday I hadn’t slept in three days, hadn’t eaten in two. I started this bender at a local pub Friday night after work. It was Tuesday. I promised my girlfriend I was only having a couple. She knew it was a lie. She said please come home tonight. I said I would and I really meant it, too.

So after walking out of some stranger’s bathroom around 6am, I looked for another drink. I stepped into the living room out of a hoarder’s nightmare, if you collected empty beer cans and cigarette ash. People were huddled in the corner, house music blared throughout the place. It was only then I realized I was at an after hours party.

Time and date I had no clue. 100 missed calls and texts that I ignored because you were more important. We were all wearing thick winter coats inside. Why? Because someone hadn’t paid the gas bill. I think it’s safe to say no bills around there were being paid ever except maybe one of the dealers’ phones.

I would go home eventually that night when everyone was gone unless I found another place to drink. When I did get home I would be sick and in bed for the next two days swearing up and down never to do drugs or drink ever again.

That was far from the truth and I hated you and myself for it. I hated myself for starting to become just like the drunk that I despised so much.

It came to a point when I was trying to crawl out of my skin, escape my own company.

I wish I would have known when we met that you would eventually lead me here; in jail after another binge and blackout.

Drinking is like a light switch. Some people can turn it off after a few drinks but for me the light switch is broken. One and Iâ&#x20AC;&#x2122;m done. Not ďŹ nished but never ending. I drink until my body shuts down, I blackout, pass out or run out of money.

You cause more pain than pleasure!

It started with searching for meaning and wondering where and how it all went wrong.

I now breathe acceptance. I am no longer in denial. Instead of hate, I wake up in this awful place with hope and I can ﬁnally look at myself in the mirror and say “I love you” and mean it.

My searching is over. I am still a sheep but now with a shepherd of my choosing.

Today I put away self pity, doubt, and fear. I pick up my bible and AA book. No longer do I thirst for meaning, for love, or for joy. My fulﬁllment comes from God. He ﬁlls my void and quenches my thirst.

I now speak with my father, who has been sober and in recovery for four years, more than I ever have in my life. Resentment is gone. I am now ﬁlled with remorse.

This spiritual conďŹ dence has turned my insecurity into an open heart, my fear into positive engagement with the world and my loneliness into solitude.

I was scared since the beginning, but now I have accepted this hardship as a pathway to peace

Opening that door to welcome you into my life was a failure, but it was a failure I understand now and that makes it a victory.

M. Jorgensen I am from a swollen Amygdala I’m from the smell of dinner in the oven and drunken rage in the air I’m from I love you’s with Barney to Fuck you pay me with Goodfellas Green Pistachio Cake, fresh lox and bagels and left over Lou Malnati’s I am from a business analyst and an attorney I’m from expensive summer vacations to getting left outside Disney World I’m from a place where making mistakes isn’t acceptable I’m from a massive beautiful home in the burbs where the main ingredients were torture, alcohol, and confusion From posterpedic to cold steel I am from the Christmas tree all deckeans, bottles and bags td out dying of thirst when hardened pine needles fall with reckless abandon From sleep walking to night terrors I’m from Alzheimer’s, Dementia and Strokes I’m from trying to fill a void to drinking every last drop I’m from my hell with blue walls to white walls as a boot on the ground to these industrial grey walls where your charge defines you as they see fit From wanting to give up to giving it my all From no faith, hopelessness, and resentment to God, Hope and Remorse 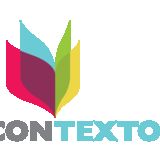