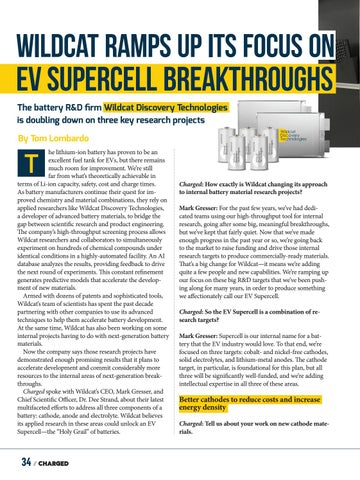 he lithium-ion battery has proven to be an excellent fuel tank for EVs, but there remains much room for improvement. We’re still far from what’s theoretically achievable in terms of Li-ion capacity, safety, cost and charge times. As battery manufacturers continue their quest for improved chemistry and material combinations, they rely on applied researchers like Wildcat Discovery Technologies, a developer of advanced battery materials, to bridge the gap between scientific research and product engineering. The company’s high-throughput screening process allows Wildcat researchers and collaborators to simultaneously experiment on hundreds of chemical compounds under identical conditions in a highly-automated facility. An AI database analyzes the results, providing feedback to drive the next round of experiments. This constant refinement generates predictive models that accelerate the development of new materials. Armed with dozens of patents and sophisticated tools, Wildcat’s team of scientists has spent the past decade partnering with other companies to use its advanced techniques to help them accelerate battery development. At the same time, Wildcat has also been working on some internal projects having to do with next-generation battery materials. Now the company says those research projects have demonstrated enough promising results that it plans to accelerate development and commit considerably more resources to the internal areas of next-generation breakthroughs. Charged spoke with Wildcat’s CEO, Mark Gresser, and Chief Scientific Officer, Dr. Dee Strand, about their latest multifaceted efforts to address all three components of a battery: cathode, anode and electrolyte. Wildcat believes its applied research in these areas could unlock an EV Supercell—the “Holy Grail” of batteries.

Charged: How exactly is Wildcat changing its approach to internal battery material research projects? Mark Gresser: For the past few years, we’ve had dedicated teams using our high-throughput tool for internal research, going after some big, meaningful breakthroughs, but we’ve kept that fairly quiet. Now that we’ve made enough progress in the past year or so, we’re going back to the market to raise funding and drive those internal research targets to produce commercially-ready materials. That’s a big change for Wildcat—it means we’re adding quite a few people and new capabilities. We’re ramping up our focus on these big R&amp;D targets that we’ve been pushing along for many years, in order to produce something we affectionately call our EV Supercell. Charged: So the EV Supercell is a combination of research targets? Mark Gresser: Supercell is our internal name for a battery that the EV industry would love. To that end, we’re focused on three targets: cobalt- and nickel-free cathodes, solid electrolytes, and lithium-metal anodes. The cathode target, in particular, is foundational for this plan, but all three will be significantly well-funded, and we’re adding intellectual expertise in all three of these areas.

Better cathodes to reduce costs and increase energy density Charged: Tell us about your work on new cathode materials. 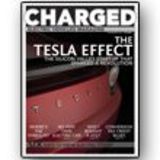 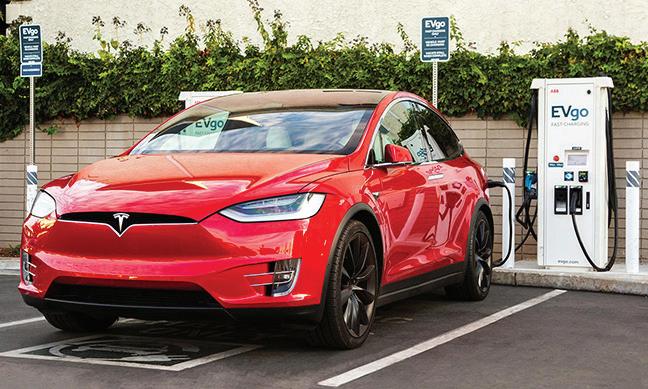 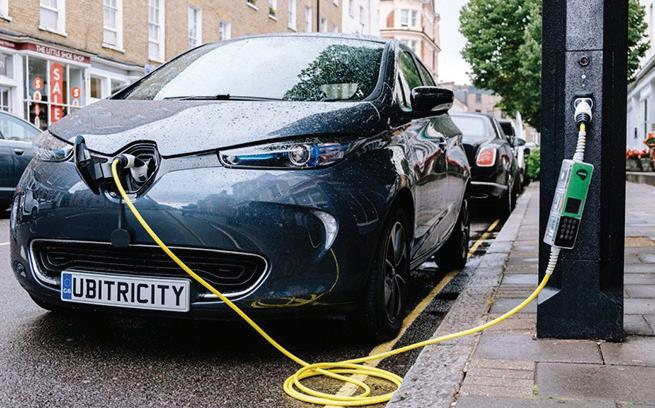 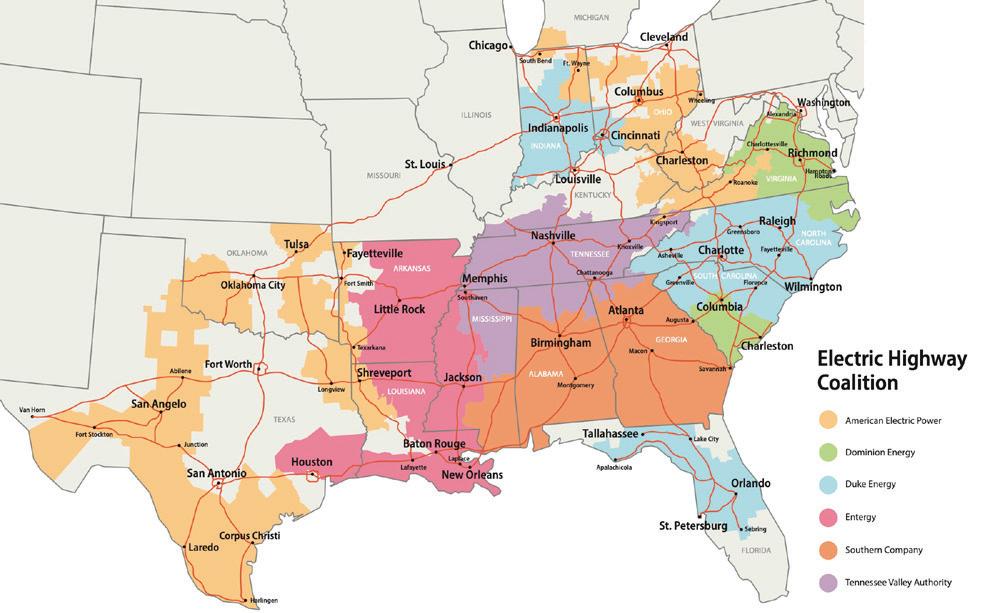 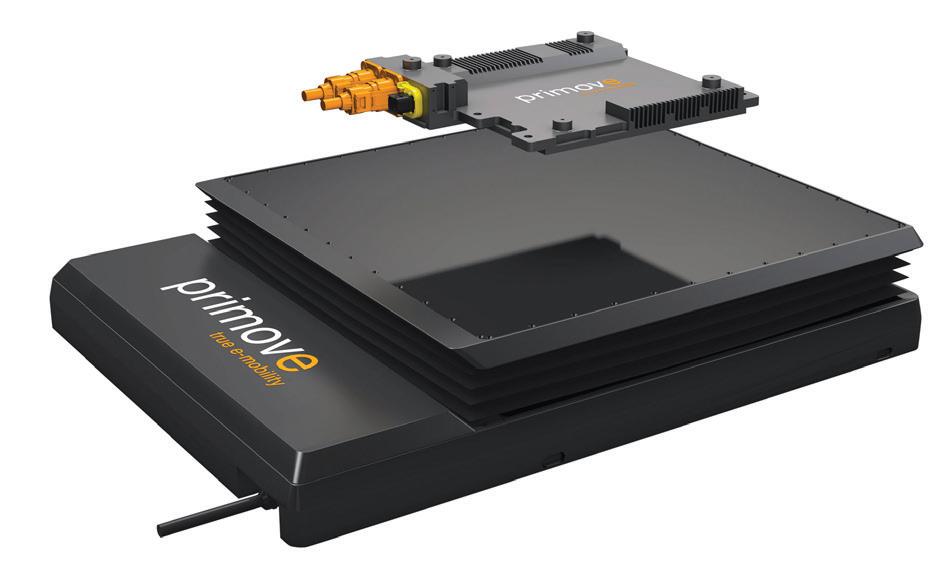