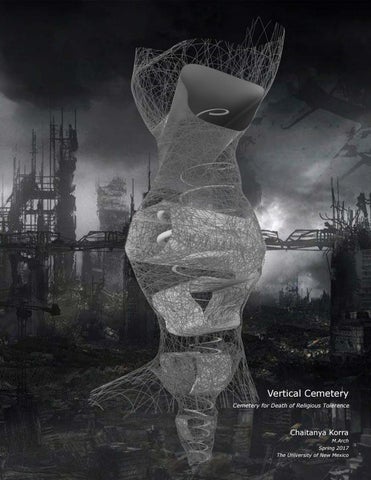 Project Brief We find that religious diversity is a significant and robust correlate of civil conflict. This is most robust at the second level of aggregation which implies that the cleavage between Hindus, Muslims, Jews, and Christians etc. is more relevant than that between either sub groups of religions like Protestants and Catholics, Shias and Sunnis, etc. or that between higher levels of aggregation like Abrahamic and Indian religions. “In virtually every heterogeneous society, religious difference serves as a source of potential conflict” (Brahm,2005). Moreover, as Fox (1997) points out, conflicts such as the civil wars in Afghanistan, the former Yugoslavia and the Sudan, the peace process in Israel and the conflict in Northern Ireland are essentially all conflicts between ethnic groups of different religions.” The vertical cemetery for the Death of Religious Tolerance represents a structure with conflict both inside and outside. The teared-up spaces themselves form as floors with uneven surface causing the visitor a uncomfortable feeling. The primary circulation is through ramps and glass tunnels. Outer space is filled with huge intricate geometry of carbon fibers.

top Examples for Religious Intolerance bottom Conceptual models The study of what a religious system undergoes when it experience conflicts is experimented on a foam core, to understand how a material reacts when it undergoes tension.

Iteration 2 Form tearing up due to Conflict

Iteration 4 Teared up spaces formed as floors with ETFE Sheeting

Horizontal section throughout the towerâ&amp;#x20AC;&amp;#x2122;s main unit. The pockets are encrusted with their fiber network outside and inside.

Floorplan from the sliced out section. This floor is located in the 7th floor of the Geometry

Sliced out floor portion from 5th level of the Geometry

Concept ”’I am not so much interested in ethics or morals,’ wrote the founder of deep ecology, Arne Naess. ‘I am interested in how we experience the world.’ Our experience of the world is a fusion between the internal landscape of our minds and our constructed reality. In this ‘mental ecology,’ to use Pallasmaa’s term, our body is the pivotal point of interface.” - Sarah Robinson, “Of Havens” The design process has begun with rigorous research on religion and religious conflicts. The fundemental motive of religion is to keep the humans stable in nature but when it began growing, the perception of religion by humans have changed and domination of one religion over other is increased. Not only in between the religions but within the religions like Sunni-Shia, catholics-Protestians, Hindu caste system, Russian orthodox system etc., making the world a worst place to live in. The initial cocnepts were derived by applying tension on various materials like foam, wood, steel etc., and observed how every material reacts when it undergo tension. Further iterations helped to derive a structure with teared up spaces forming as Rumination space, Columbarium etc. Carbon Fiber is chosen as building material because of its brittle in nature, being stronger material than steel resembling a religion which is created to create strength in humanity but ended up creating conflicts between humans. Visitors have to walk through a glass tunnel to reach upper floors to get a insight of the intricate geometry outside the tunnel. Uneven floor spaces creates a discomfort making visitors realize how a religion when undergoes conflicts creates a disturbance in one’s life. 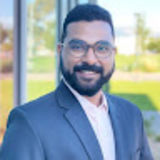