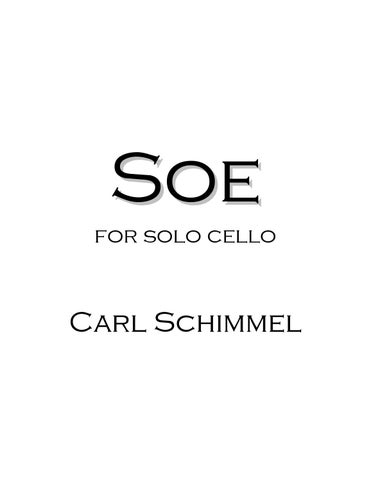 Carl Schimmel PROGRAM NOTES Soe is titled after one of the Maenads of Greek mythology, the wild women who were followers of the god of wine, Bacchus. The work uses three harmonic/melodic ideas, each of which uses notes from one of the three unique chords which can be formed by combining stacked fifths (e.g., C-G-D) and stacked major thirds (e.g., C-E-G#). The first theme uses an insistent repetitive idea, together with a leaping motive; the cello’s power and range are highlighted here. The second harmonic idea consists simply of alternating seconds. These “B” sections are fairly static harmonically but provide space for the cellist to showcase the cello’s broad expressive capabilities. The third and last theme is a chromatic and intense melody which displays the cello’s lyricism. Superimposed on these harmonic ideas is the rhythmic layout of the work. A rhythmic row (and its fifteen cycles) is used which contains all sixteen possible four-note combinations of long and short notes, without repeating any combination. Interspersed among these rows are the sixteen inversions of these cycles, using only quarter notes and eighth notes. The harmonic form is related in that no three consecutive sections are the same as any other three consecutive sections. Although the form, harmonies, and rhythms are highly organized, these formal considerations provide only a skeleton for what is intended to be an emotional and turbulent work.

*PERFORMANCE NOTE: Accidentals apply only to the note which immediately follows.

(visit http://www.carlschimmel.com to purchase score) "Soe" is titled after one of the Maenads of Greek mythology, the wild women who were followers of the god of wine, Bacchus. 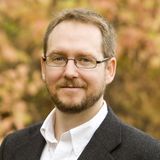