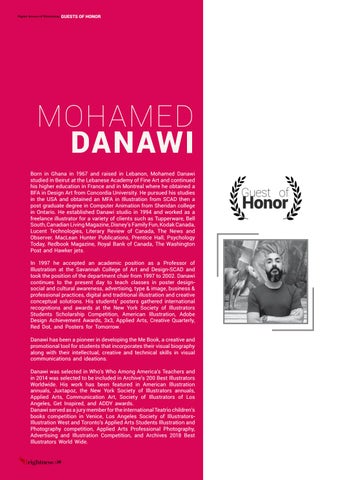 MOHAMED DANAWI Born in Ghana in 1967 and raised in Lebanon, Mohamed Danawi studied in Beirut at the Lebanese Academy of Fine Art and continued his higher education in France and in Montreal where he obtained a BFA in Design Art from Concordia University. He pursued his studies in the USA and obtained an MFA in Illustration from SCAD then a post graduate degree in Computer Animation from Sheridan college in Ontario. He established Danawi studio in 1994 and worked as a freelance illustrator for a variety of clients such as Tupperware, Bell South, Canadian Living Magazine, Disney’s Family Fun, Kodak Canada, Lucent Technologies, Literary Review of Canada, The News and Observer, MacLean Hunter Publications, Prentice Hall, Psychology Today, Redbook Magazine, Royal Bank of Canada, The Washington Post and Hawker jets. In 1997 he accepted an academic position as a Professor of Illustration at the Savannah College of Art and Design-SCAD and took the position of the department chair from 1997 to 2002. Danawi continues to the present day to teach classes in poster designsocial and cultural awareness, advertising, type &amp; image, business &amp; professional practices, digital and traditional illustration and creative conceptual solutions. His students’ posters gathered international recognitions and awards at the New York Society of Illustrators Students Scholarship Competition, American Illustration, Adobe Design Achievement Awards, 3x3, Applied Arts, Creative Quarterly, Red Dot, and Posters for Tomorrow. Danawi has been a pioneer in developing the Me Book, a creative and promotional tool for students that incorporates their visual biography along with their intellectual, creative and technical skills in visual communications and ideations. Danawi was selected in Who’s Who Among America’s Teachers and in 2014 was selected to be included in Archive’s 200 Best Illustrators Worldwide. His work has been featured in American Illustration annuals, Juxtapoz, the New York Society of Illustrators annuals, Applied Arts, Communication Art, Society of Illustrators of Los Angeles, Get Inspired, and ADDY awards. Danawi served as a jury member for the international Teatrio children’s books competition in Venice, Los Angeles Society of IllustratorsIllustration West and Toronto’s Applied Arts Students Illustration and Photography competition, Applied Arts Professional Photography, Advertising and Illustration Competition, and Archives 2018 Best Illustrators World Wide.

Brightness Magazine No12 The twelfth issue of Brightness has been published! We are extremely grateful to have been in contact with so many talented artists from all around the globe. Brightness has always sought to put the borderless nature of art at the forefront of its message to the world, which is why we exhibit the creations of artists from every nationality, in order to familiarize everyone with the gems of different cultures. We hope that we have been able to play our part in bringing the world together. Sadegh Amiri | Narjes Mohammadi Hasmik 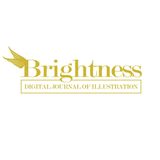 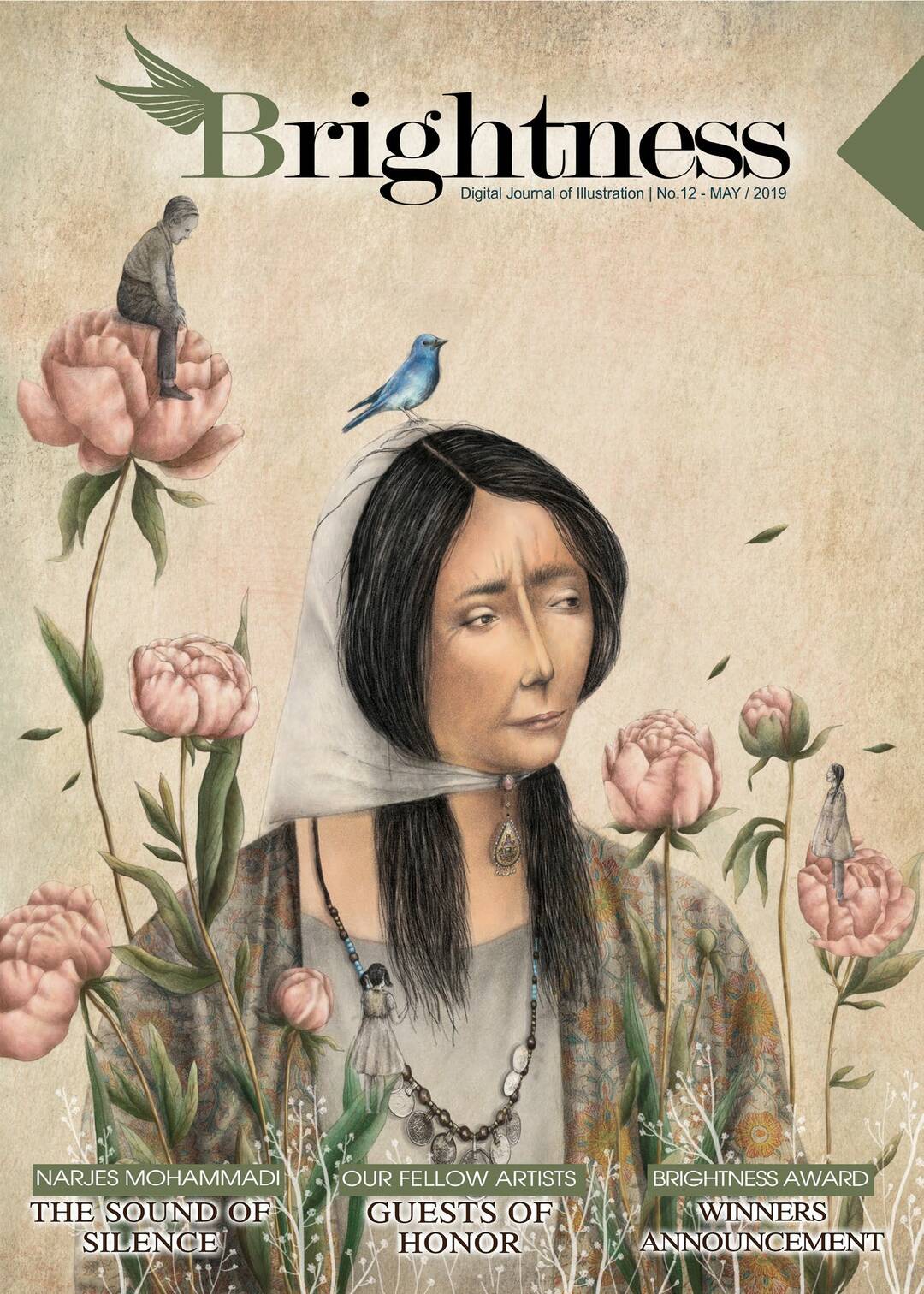 The twelfth issue of Brightness has been published!