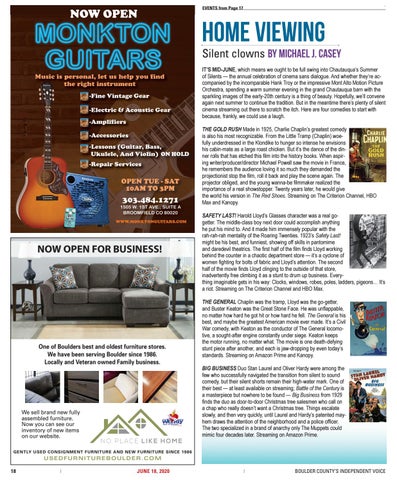 Silent clowns by Michael J. Casey IT’S MID-JUNE, which means we ought to be full swing into Chautauqua’s Summer of Silents — the annual celebration of cinema sans dialogue. And whether they’re accompanied by the incomparable Hank Troy or the impressive Mont Alto Motion Picture Orchestra, spending a warm summer evening in the grand Chautauqua barn with the sparkling images of the early-20th century is a thing of beauty. Hopefully, we’ll convene again next summer to continue the tradition. But in the meantime there’s plenty of silent cinema streaming out there to scratch the itch. Here are four comedies to start with because, frankly, we could use a laugh.

One of Boulders best and oldest furniture stores. We have been serving Boulder since 1986. Locally and Veteran owned Family business.

We sell brand new fully assembled furniture. Now you can see our inventory of new items on our website.

THE GOLD RUSH Made in 1925, Charlie Chaplin’s greatest comedy is also his most recognizable. From the Little Tramp (Chaplin) woefully underdressed in the Klondike to hunger so intense he envisions his cabin-mate as a large roast chicken. But it’s the dance of the dinner rolls that has etched this film into the history books. When aspiring writer/producer/director Michael Powell saw the movie in France, he remembers the audience loving it so much they demanded the projectionist stop the film, roll it back and play the scene again. The projector obliged, and the young wanna-be filmmaker realized the importance of a real showstopper. Twenty years later, he would give the world his version in The Red Shoes. Streaming on The Criterion Channel, HBO Max and Kanopy. SAFETY LAST! Harold Lloyd’s Glasses character was a real gogetter. The middle-class boy next door could accomplish anything he put his mind to. And it made him immensely popular with the rah-rah-rah mentality of the Roaring Twenties. 1923’s Safety Last! might be his best, and funniest, showing off skills in pantomime and daredevil theatrics. The first half of the film finds Lloyd working behind the counter in a chaotic department store — it’s a cyclone of women fighting for bolts of fabric and Lloyd’s attention. The second half of the movie finds Lloyd clinging to the outside of that store, inadvertently free climbing it as a stunt to drum up business. Everything imaginable gets in his way: Clocks, windows, robes, poles, ladders, pigeons… It’s a riot. Streaming on The Criterion Channel and HBO Max. THE GENERAL Chaplin was the tramp, Lloyd was the go-getter, and Buster Keaton was the Great Stone Face. He was unflappable, no matter how hard he got hit or how hard he fell. The General is his best, and maybe the greatest American movie ever made. It’s a Civil War comedy, with Keaton as the conductor of The General locomotive, a sought-after engine constantly under siege. Keaton keeps the motor running, no matter what. The movie is one death-defying stunt piece after another, and each is jaw-dropping by even today’s standards. Streaming on Amazon Prime and Kanopy. BIG BUSINESS Duo Stan Laurel and Oliver Hardy were among the few who successfully navigated the transition from silent to sound comedy, but their silent shorts remain their high-water mark. One of their best — at least available on streaming; Battle of the Century is a masterpiece but nowhere to be found — Big Business from 1929 finds the duo as door-to-door Christmas tree salesmen who call on a chap who really doesn’t want a Christmas tree. Things escalate slowly, and then very quickly, until Laurel and Hardy’s patented mayhem draws the attention of the neighborhood and a police officer. The two specialized in a brand of anarchy only The Muppets could mimic four decades later. Streaming on Amazon Prime. 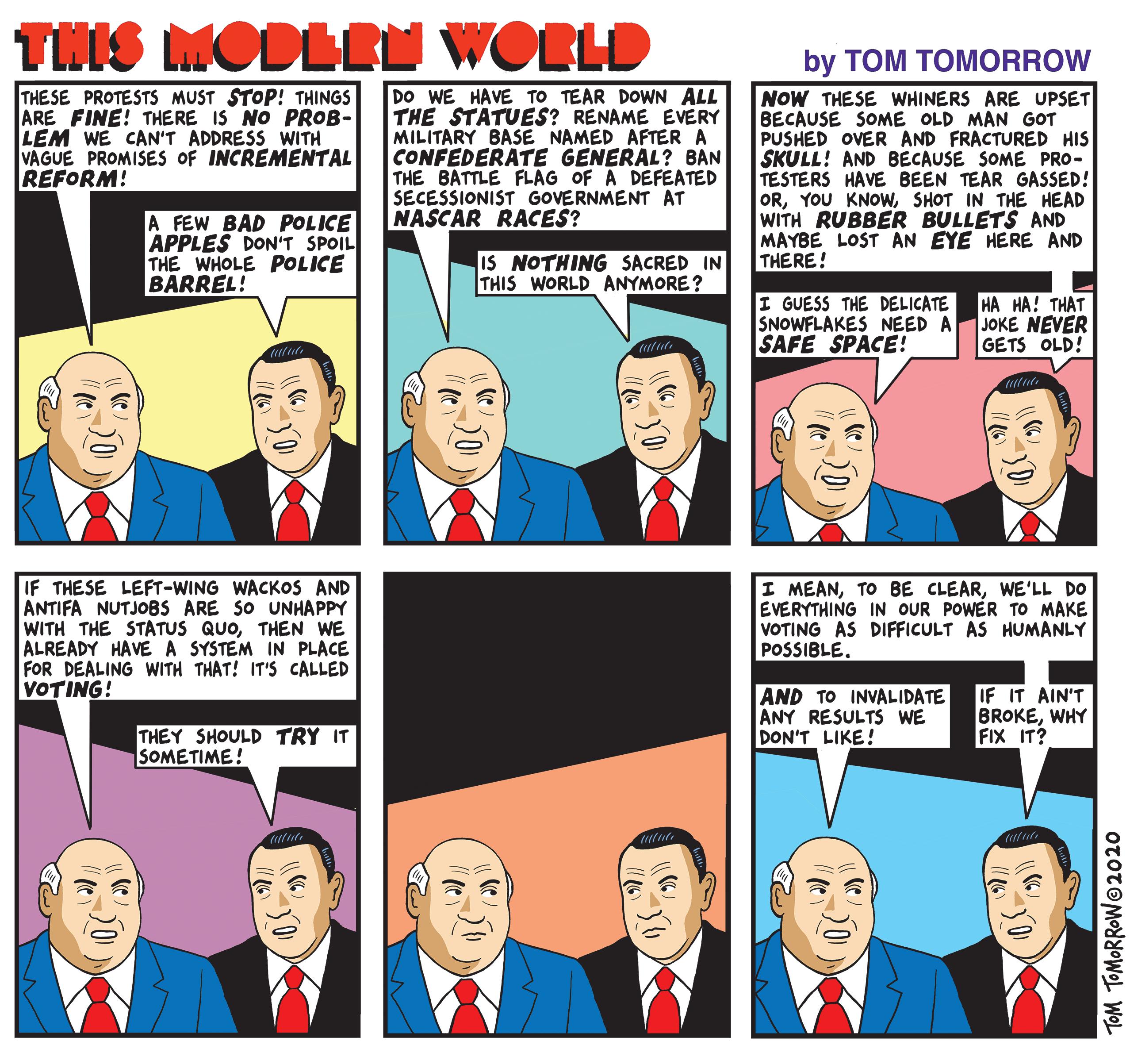 Police reform and the rebirth of hope 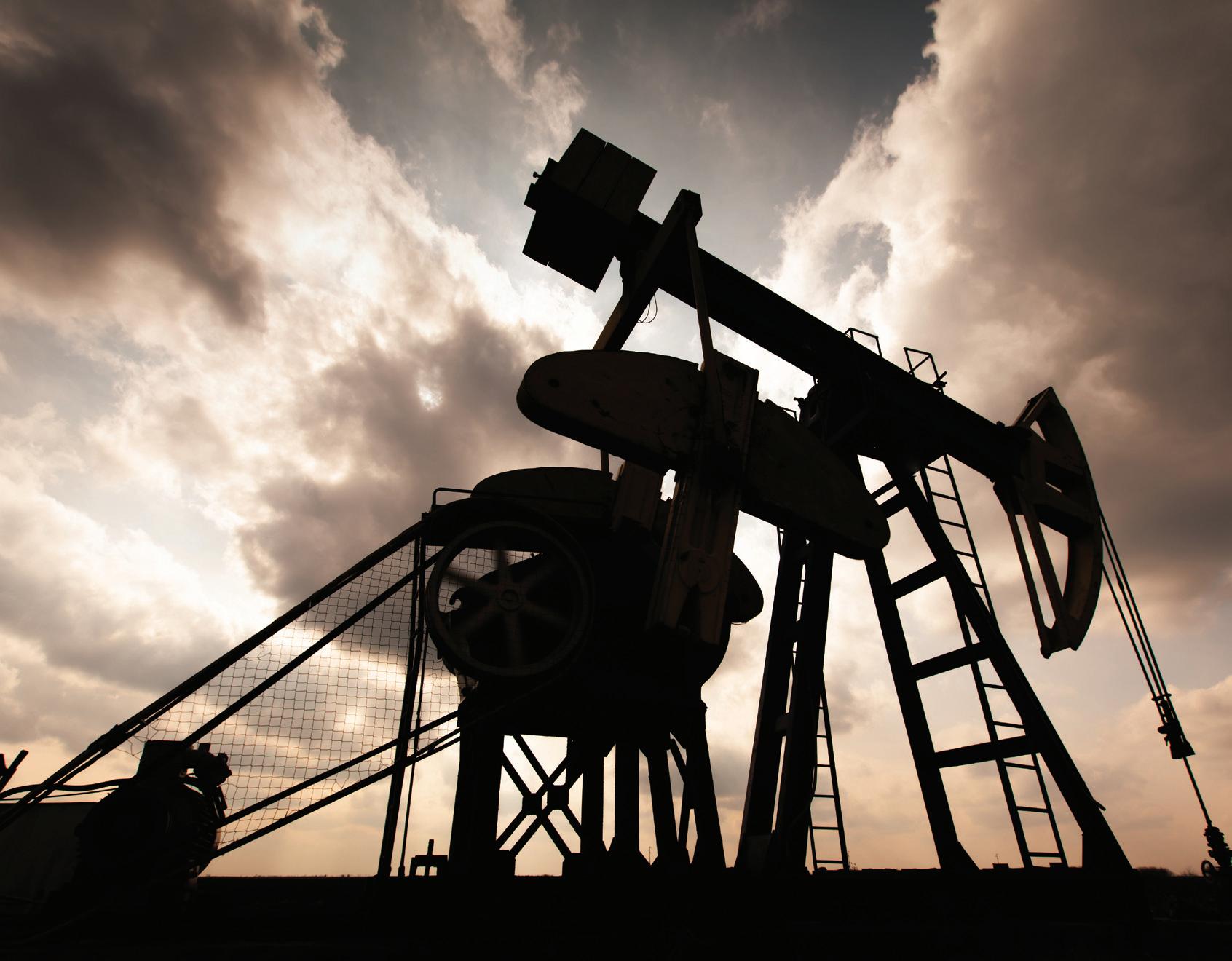 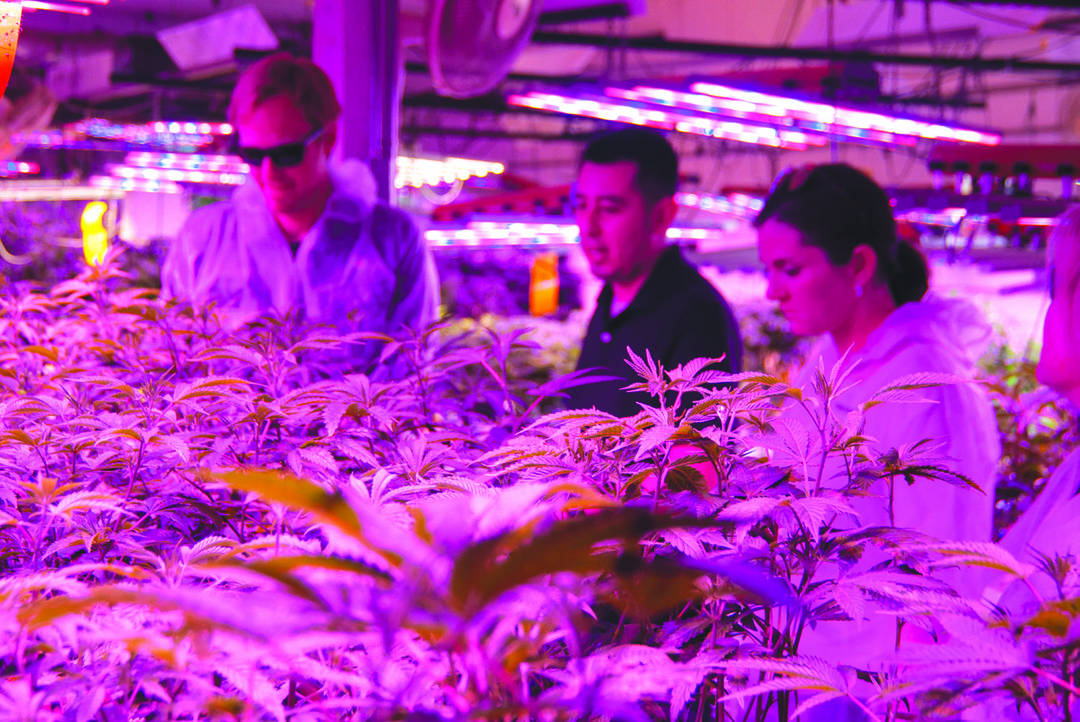 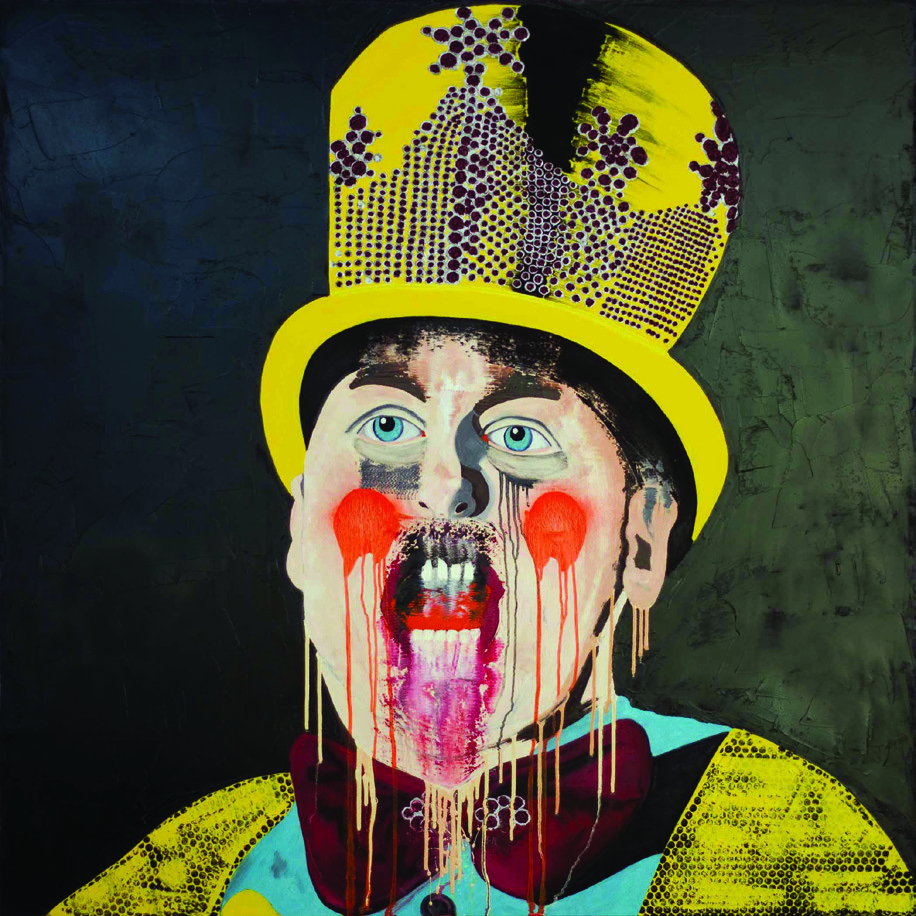 A portal to the imagination 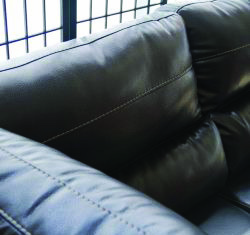 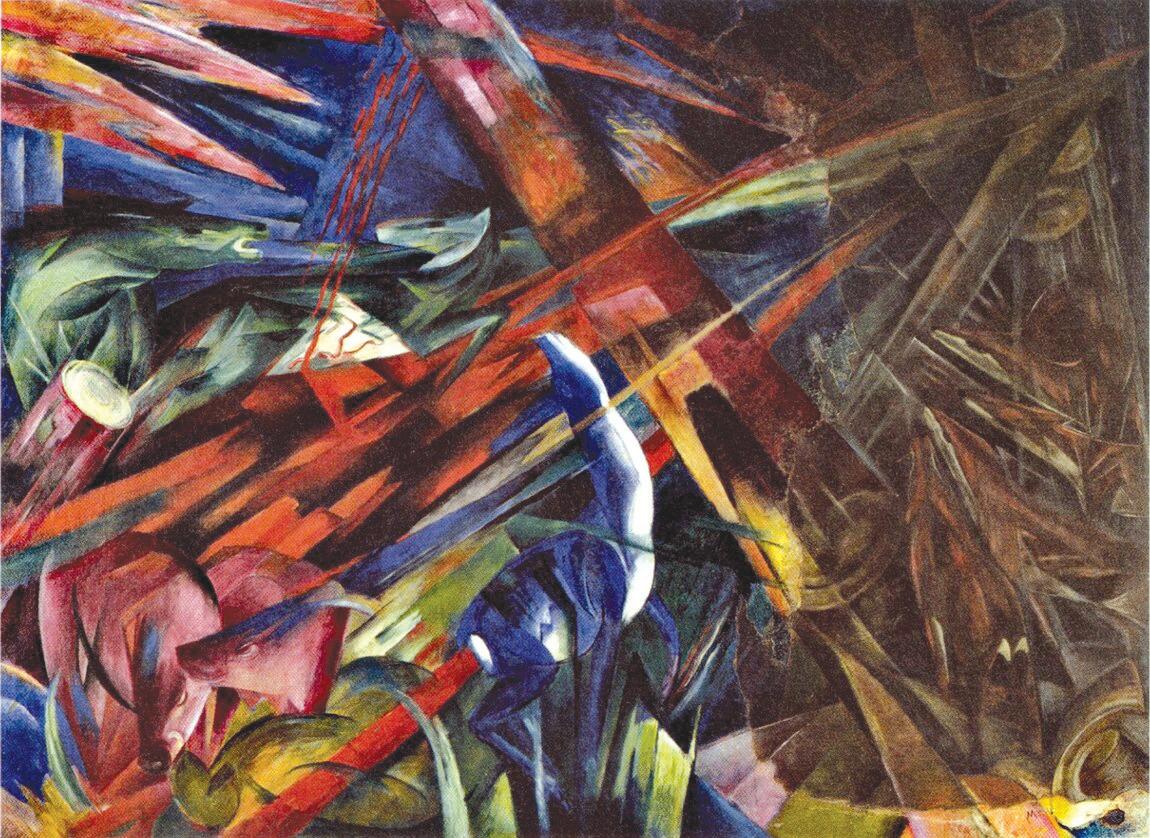 WORDS: No such thing 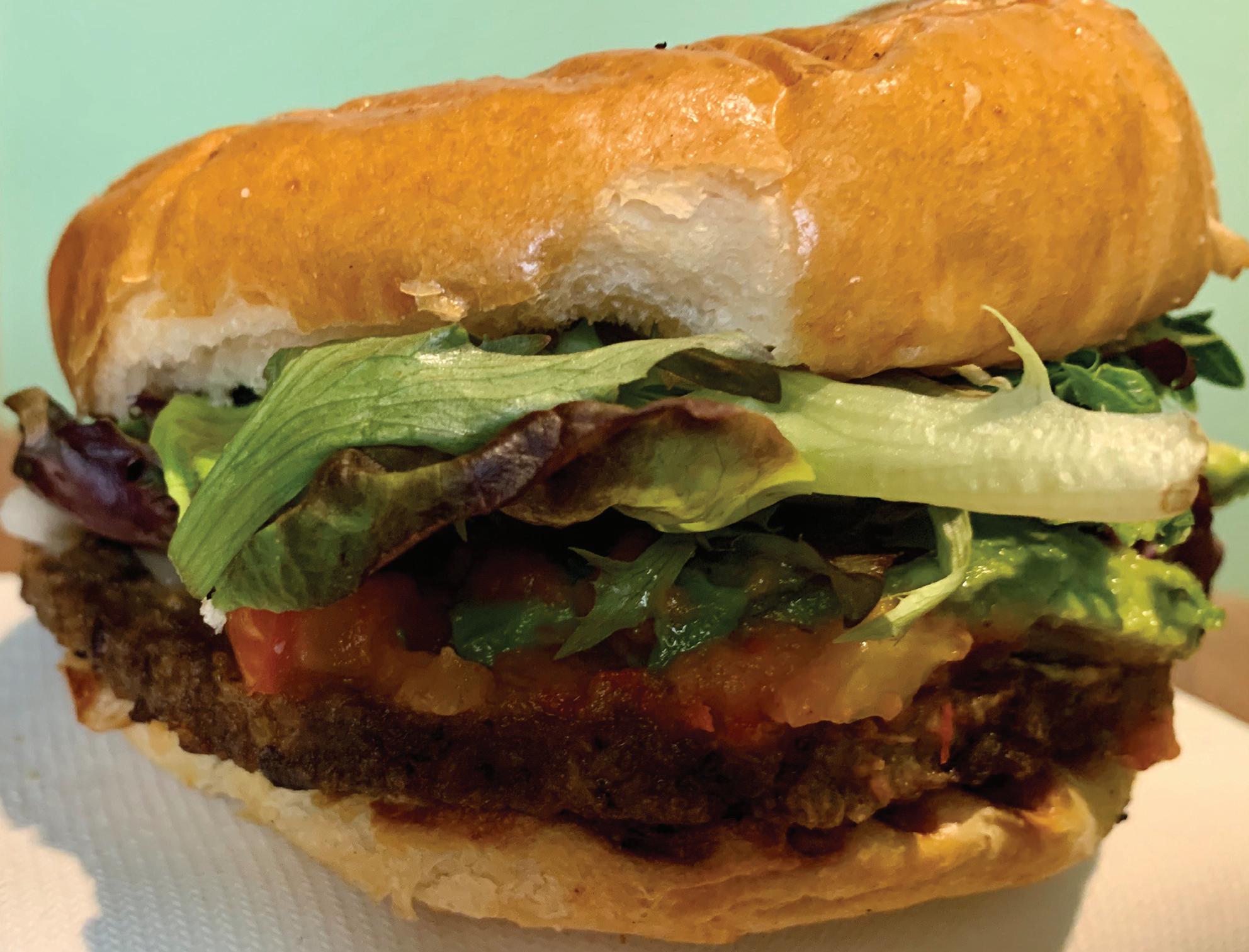 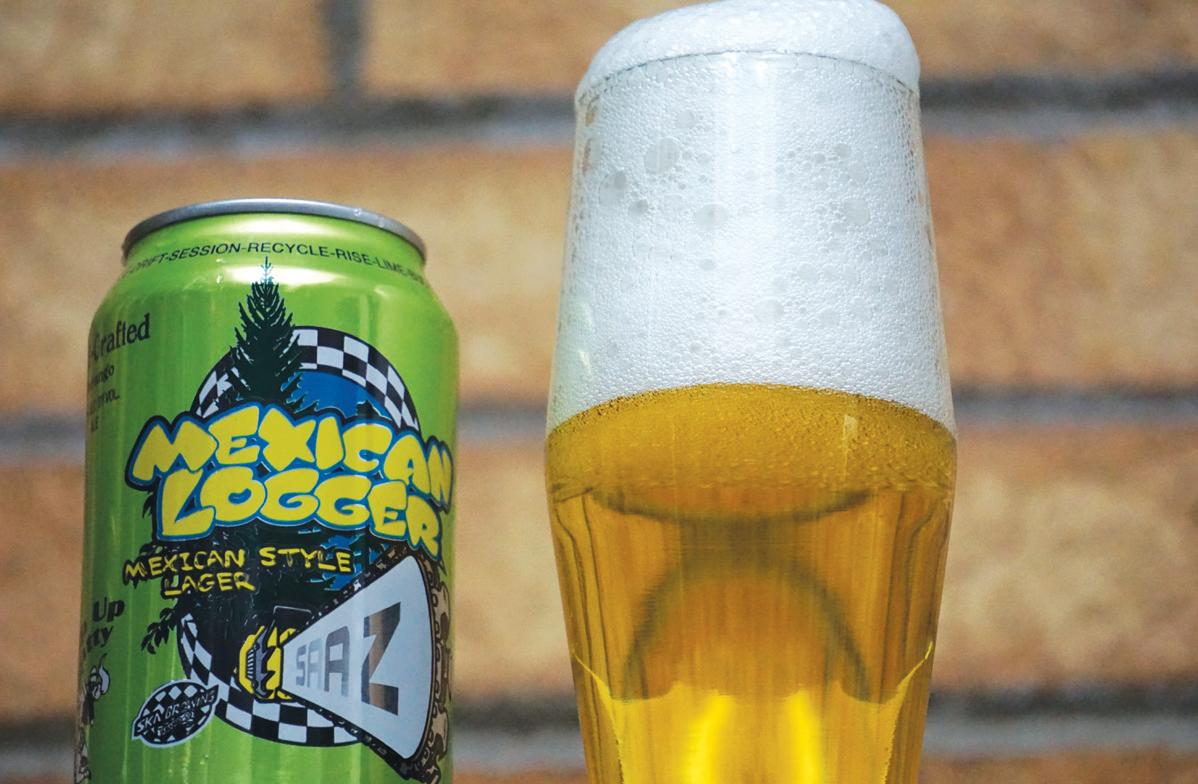 How lager saved the American drinker 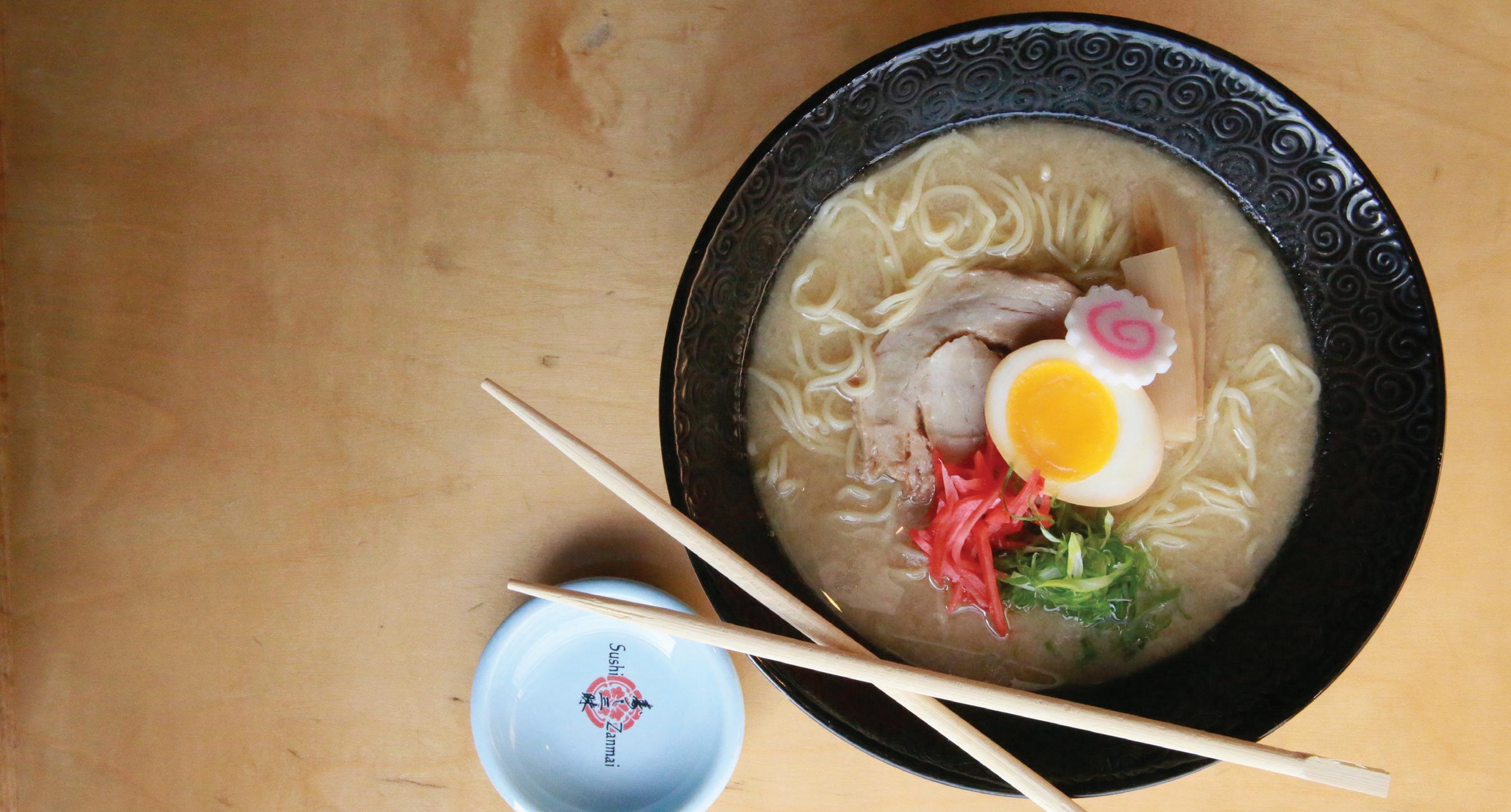 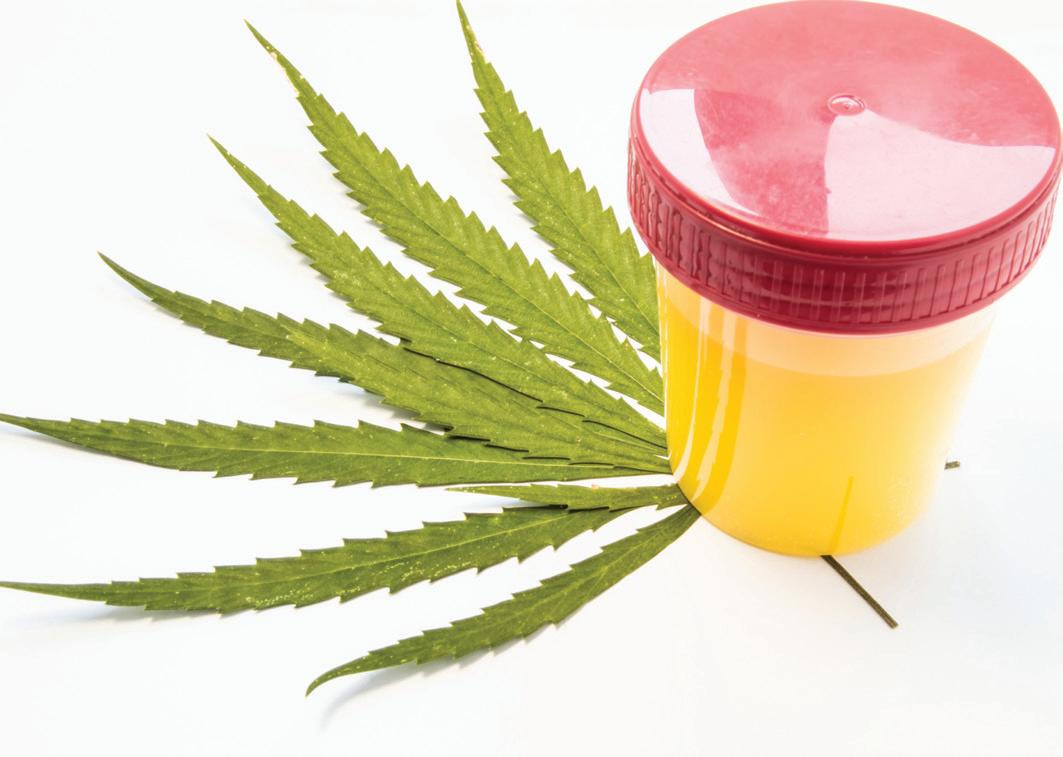 Want to avoid a pre-employment drug test? Look for work at the top