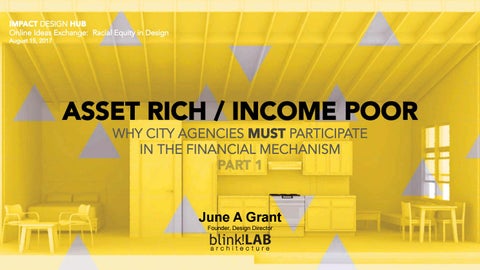 The Bay Area is estimated to need 100,000 living units. The aggressive economy has shun a glaring light on the economic income discrepancies between races. The result is AfricanAmericans have been pushed out of locations where they once had significant numbers. One source of income generation is the construction of in-law units. Bay Area African Americans whose history began with the great migration, inherited real estate from grand-parents and great grand-parents. But their current income earnings are low and they are, therefore, economically vulnerable. Blink!LAB, working with a small community, presents research into current Bay Area discussions regarding the financing of in-law units.

A Housing Retention Strategy is needed…

A COMMUNITY COMES TOGETHER TO CREATE CRITICAL MASS

MODELS BEING DISCUSSED ARE AS RESTRICTIVE AS THE POLL TAX

IF City of Oakland, Measure KK site acquisition program is extended to include In-Law Units, this lending program would shackle low-income owner-borrowers to a 55-year low-rent restriction. 25 years longer than a 30 year loan! In essence, poorer individuals would be additionally fined for being “poor” and bare a greater burden of providing housing for the increased Bay Area population growth with no opportunity to improve wealth.

Non-profit development agency proposals include the non-profit retaining all rights to the in-law unit with “rent” paid to owners. In essence, the non-profit would be a residing tenant that prevents owners from selling their property. Prevents the owner from having a say who is able to reside on their land. In exchange for a loan, the owner’s right of use and governance is restricted. If this were a company, this is not a loan, this is an equity position.

Vancouver: 35% of Single Family Homes have ADU’s. Compared to 1% in Seattle and Portland, each. The City of Vancouver provides no tax nor construction incentives. Banks provide loan packages geared towards In-Law Units. The City of Santa Cruz is the only Bay Area city which has created a program to provide in-law loans backed by private banks. Ø  Ø  Oakland: Maximum Capacity of A Sample Block. 25 In-Law Units

To avoid another occurrence of sub-prime mortgage schemes, equitable financial mechanisms must be created, IF We Wish To Retain A Diverse Population In Oakland. 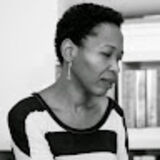 The Bay Area is estimated to need 100,000 living units. The aggressive economy has shun a glaring light on the economic income discrepancie...

The Bay Area is estimated to need 100,000 living units. The aggressive economy has shun a glaring light on the economic income discrepancie...