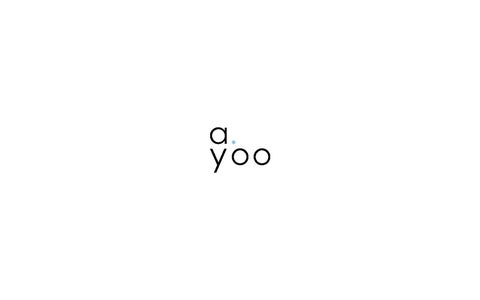 INTRO This was an individual three-week school project with an additional one-week team research opening. In this presentation of my project, I am demonstrating my number one skill, problem-solving.

BRIEF The goal was to design a beverage container that communicates a brand. Our professor demonstrated with permanent solutions, we could reduce waste, and I took that to heart.

VISION Through a process of ideation, user testing, and evaluation, I built confidence for my first rough idea. The technical aspect was confirmed as feasible by a Medical engineer.

MARKET After group interviews conducted with my teammates, each of us picked two individuals for journey mapping, in-depth interviews, and user testing. My key insights during this process were that a crossbreed container was out of question, a container had to look and feel right for the occasion. I focused on a scenario with an intense consumption rate.

USERS When I knew that I wanted to aim for a sports scenario, I looked closer at the situation by investigating the market, and emphasizing user needs. Dominating products on the market are food supplement beverages, which comes in the form of water dissolving powders.

IDEATION With my three keywords in mind, I started sketching on a sports beverage kit. I realized that impulse buying couldnâ&amp;#x20AC;&amp;#x2122;t be overlooked. In order to meet this user needs, I included a tablet package for occasional use.

RESULT To reduce temporary containers, Iâ&amp;#x20AC;&amp;#x2122;ve developed a concept that makes it easy for the user to mix their beverages in a permanent container. I have chosen a scenario with a big market for beverages, and made improvements for both the user and the environment.

BENCHMARK A significant amount of plastic bottles, aluminum cans and composite boxes can be replaced with aluminum foil wrappings proportional to a chewing gum package.

INTRO This was an individual four-week school project collaborated with Hultafors, a hand tools company primarily for carpenters and industry. Hultafors asked us to design a screwdriver as they wanted to expand their tool selections.

BRIEF Hultafors products are designed for specific usage, and they have a large variety of products with distinct differences. Hultafors anchored their design in function, and their form attributes reinforced semantics as well as brand identity.

TARGET Iâ&amp;#x20AC;&amp;#x2122;ve met with an audio and electronic repairer that gladly shared his experience and knowledge concerning screwdrivers. During these two hours he managed to give me a lesson in screwdriver history, screwdriver categories and quality brands. I also got the opportunity to observed him while working.

RE-DESIGN The repairer showed me his two most frequently used screwdrivers. Both of them had the same handle but one of them had an extra long neck, and this was necessary to reach in to narrow spaces. When observing him I using this one I noticed that he used it in an unintended way.

TEST I made two handles and one attachable neck that was sandblasted in the middle. He loved the extra grip, but he wanted it to cover the whole neck. When he re-aimed the screwdriver he located its placement with his fingertip, so he held the screwdriver by its tip.

UPGRADE I flipped the handles shape upside down, this made it easier to put pressure against screw, and that prevents the tip from slipping out of place. I made the handle lighter for balance, this made it feel more comfortable to handle, especially when aiming it.

FORM I added large flat surfaces for extra grip, but foremost to prevent the screwdriver from rolling away when placed on a desk. I used one of Hultaforsâ&amp;#x20AC;&amp;#x2122; grip patters and emphasized a split line with their brand color, in order to describe the function of different sections.

RESULT The backside is made of hard plastic so that it easily can rotate in the palm when used in a horizontal angle. The bit size is coded with a matching amount of stripes on the neck, this makes it easy to characterize the screwdriver when its placed next to another screwdriver.

INTRO This was a four-week collaborative project with Vakin, carried by me and Herin Haramoto. Vakin is a municipal company responsible for refuse and recycling in UmeĂĽ municipality. Vakin had recently started this project with aspiration to find a feasible solution.

BRIEF We were assigned to work on food waste and grease issues by Vakin, and they asked us to design an interactive bus that would nudge children into better behavior. After discussion and reflection with Vakin, they granted us to explore other ways to approach this design problem.

ANALYSIS We interviewed the children aged 8-11 at primary school in UmeĂĽ. It was apparent that these children were concerned with food waste issue, but they were not as involved in the tasks that relate to the manner. We investigated the behaviors and issues causing food waste by mind mapping.

TECHNICAL We got in touch with Swedenâ&amp;#x20AC;&amp;#x2122;s biggest food trade company to find out if the grocery stores have the data we need for our food inventory application. Indeed, they had all the information and technology necessary for our concept.

INTERFACE The user scans a QR-code on their receipt in order to import their groceries in to the mobile application. The user can now keep track on the food they have at home, when its expiring, and they can also find recipes based on their inventory.

HERO SHOT One of our aims through our concept was to educate and lead people towards more environmental-friendly behavior. To achieve this, we added the notification function, which informs users on how to dispose of particular food.

MONEY SHOT I worked on this poster mockup to make the concept look real as our team stated that we aimed for a solution that could reduce food waste today. We also had an interactive mockup that we used for the presentation to Vakin.

RESEARCH I interviewed one road bicycle athlete and a bicycle mechanic. I also did desktop research on market and bicycle trends. My key findings were that there were indoor bicycle racks only suitable for garages on the market, which I found odd, because bike cultures where booming.

IDEATION I had a low amount of ideas, which I saw as different categories that could be explored further. I realized that it was hard to hide a bicycle, and unnecessary, because my users love their bike. I pinpointed safe attachment areas on a bicycle, and I fount it attractive to attach wheels.

PROBING I elaborated by sketching in CAD, and when my ideas got more defined I played around with materials in Keyshot. During the process I also published my ideas on social media, with the intention to capture an audience. Eventually, I gained the audience.

THESIS When investors and suppliers started reaching out to me, I decided to develop a product for my thesis. I started my thesis one year after my publication, and during that year the market grew. I did not get an investment, but I gained a partner that offered to build a prototype, and he also had a client.

EVALUATION The wooden bicycle rack became too expensive to manufacture without an investment, and my competitors were targeting athletes. This led me in to a solution without any mechanical parts, and with less expensive materials. I targeted urbanists, who were untapped on the market.

ASSEMBLY The product can be manufactured with methods that is suitable for both big and small volumes, thanks to modern manufacturing techniques and the low amount of steps in the production chain. The materials are affordable and spill is minimized, thanks to the symmetrical shape. 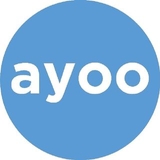