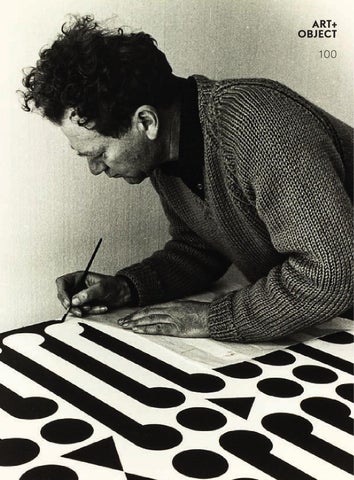 “…as unique as the Tuatara” Welcome to A+O’s first catalogue of 2016. As the A+O team began working on this catalogue we heard the very sad news of the death of the unique New Zealand cultural identity Barry Brickell. Barry was a regular visitor to A+O, his particular favourites being, of course, those ceramics collections we have offered over recent years. He was a lively observer of the scene and his visits became a great opportunity to get a fresh update on his great passion, the Driving Creek Railway in the Coromandel, and his thoughts on the works in the gallery. Barry had a great eye and detailed recall of many works and the artists who were his contemporaries. It goes without saying that Barry was a special New Zealander whose contribution to our cultural history was profound and will be enduring. Barry was a garrulous and well-loved man, who made many friends. One of his oldest and closest is the curator, historian and writer John Perry who is also a regular visitor to A+O. John has known Barry since the early 1960s as an Elam art student. John recalls commissioning work from Barry in the 1980s during his time as director of the Rotorua Art Gallery. Latterly Barry engaged John to catalogue his large collection at Driving Creek which includes many works exchanged with other artists. He describes Barry as, “a unique human being in that he was so focussed on the ideas he incubated and hatched over a wide range of fronts. His achievements were of such a magnitude and scale for one singular person. Barry was a multifaceted rough diamond, as unique as the Tuatara. There will never be another quite like him. He was to ceramics, conservation,

engineering, rail and steam what Colin Meads is to Rugby, Peter Snell to athletics and Ed Hillary was to mountaineering.” This is catalogue number 100 for ART+OBJECT and it feels a little significant that in this catalogue we are able to offer two very different collections, that in their own ways, celebrate the mid to late 20th century art scene in New Zealand that Barry Brickell was such a vital voice within. The archive collection of Professor Emeritus Michael Dunn opens catalogue 100 and will provide some startling insights into post WWII New Zealand art. Professor Dunn’s accomplishments are too numerous to list in this introduction, except to say that his contribution as a writer, curator, academic, historian and great communicator within and about New Zealand art places him in the first rank of art world personalities in this country. Any conversation with Professor Dunn is an education and his archive of primary source material, as it unfolds on these pages, makes it one of the most singular catalogues we have offered. Simon Manchester’s collection of Len Castle ceramics is testimony to the inspiration and obsession of the committed collector. The full range of Castle’s oeuvre is represented on these pages but we urge you to visit A+O during the viewing to see these works in the flesh. Had he been alive there would have been every chance that Barry Brickell would have travelled up to see this museum quality offering of works by his old mate and contemporary.

Provenance: Formerly in the collection of American Airlines.

Sudden in a Shaft of Sunlight oil on board signed; title inscribed, signed and dated 1993 and inscribed T.S. Eliot 290 x 230mm

Helen Brown Untitled watercolour and graphite on paper inscribed Elizabeth, Do hope you are out of pain now and feeling better. Sorry I haven’t any bird sketches Helen Brown verso 95 x 110mm $200 – $400

I woke up to find a butterfly across your mouth

Neville Smitheram If the Projectile Has Sufficient Speed It Becomes a Satellite No. 2 encaustic on paper signed with artist’s initials NS and dated ’87; title inscribed, signed and dated verso 225 x 350mm $400 – $700

Please note: it is assumed that all bidders at auction have read and agreed to the conditions described on this page. ART+OBJECT directors are available during the auction viewing to clarify any questions you may have.

1. Registration: Only registered bidders may bid at auction. You are required to complete a bidding card or absentee bidding form prior to the auction giving your correct name, address and telephone contact + supplementary information such as email addresses that you may wish to supply to ART+OBJECT

10. Bidders obligations: The act of bidding means all bidders acknowledge that they are personally responsible for payment if they are the successful bidder. This includes all registered absentee or telephone bidders. Bidders acting as an agent for a third party must obtain written authority from ART+OBJECT and provide written instructions from any represented party and their express commitment to pay all funds relating to a successful bid by their nominated agent.

11. Bids under reserve &amp; highest subject bids: When the highest bid is below the vendor’s reserve this work may be announced by the auctioneer as sold ‘subject to vendor’s authority’ or some similar phrase. The effect of this announcement is to signify that the highest bidder will be the purchaser at the bid price if the vendor accepts this price. If this highest bid is accepted then the purchaser has entered a contract to purchase the item at the bid price plus any relevant buyers premium.

3. Reserve: Lots are offered and sold subject to the vendor’s reserve price being met.

4. Lots offered and sold as described and viewed: ART+OBJECT makes all attempts to accurately describe and catalogue lots offered for sale. Notwithstanding this neither the vendor nor ART+OBJECT accepts any liability for errors of description or faults and imperfections whether described in writing or verbally. This applies to questions of authenticity and quality of the item. Buyers are deemed to have inspected the item thoroughly and proceed on their own judgment. The act of bidding is agreed by the buyer to be an indication that they are satisfied on all counts regarding condition and authenticity.

The following information does not form part of the conditions of sale, however buyers, particularly first time bidders are recommended to read these notes. A. Bidding at auction: Please ensure your instructions to the auctioneer are clear and easily understood. It is well to understand that during a busy sale with multiple bidders the auctioneer may not be able to see all bids at all times. It is recommended that you raise your bidding number clearly and without hesitation. If your bid is made in error or you have misunderstood the bidding level please advise the auctioneer immediately of your error – prior to the hammer falling. Please note that if you have made a bid and the hammer has fallen and you are the highest bidder you have entered a binding contract to purchase an item at the bid price. New bidders in particular are advised to make themselves known to the sale auctioneer who will assist you with any questions about the conduct of the auction.

5. Buyers premium: The purchaser by bidding acknowledges their acceptance of a buyers premium of 17.5% + GST on the premium to be added to the hammer price in the event of a successful sale at auction. 6. ART+OBJECT is an agent for a vendor: A+O has the right to conduct the sale of an item on behalf of a vendor. This may include withdrawing an item from sale for any reason.

B. Absentee bidding: ART+OBJECT welcomes absentee bids once the necessary authority has been completed and lodged with ART+OBJECT. A+O will do all it can to ensure bids are lodged on your behalf but accepts no liability for failure to carry out these bids. See the Absentee bidding form in this catalogue for information on lodging absentee bids. These are accepted up to 2 hours prior to the published auction commencement.

7. Payment: Successful bidders are required to make full payment immediately post sale – being either the day of the sale or the following day. If for any reason payment is delayed then a 20% deposit is required immediately and the balance to 100% required within 3 working days of the sale date. Payment can be made by Eftpos, bank cheque or cash. Cheques must be cleared before items are available for collection. Credit cards are not accepted.

C. Telephone bids: The same conditions apply to telephone bids. It is highly preferable to bid over a landline as the vagaries of cellphone connections may result in disappointment. You will be telephoned prior to your indicated lot arising in the catalogue order. If the phone is engaged or connection impossible the sale will proceed without your bidding. At times during an auction the bidding can be frenetic so you need to be sure you give clear instructions to the person executing your bids. The auctioneer will endeavour to cater to the requirements of phone bidders but cannot wait for a phone bid so your prompt participation is requested.

8. Failure to make payment: If a purchaser fails to make payment as outlined in point 7 above ART+OBJECT may without any advice to the purchaser exercise its right to: a) rescind or stop the sale, b) re offer the lot for sale to an underbidder or at auction. ART+OBJECT reserves the right to pursue the purchaser for any difference in sale proceeds if this course of action is chosen, c) to pursue legal remedy for breach of contract.

9. Collection of goods: Purchased items are to be removed from ART+OBJECT premises immediately after payment or clearance of cheques. Absentee bidders must make provision for the uplifting of purchased items (see instructions on the facing page)

This completed and signed form authorises ART+OBJECT to bid on my behalf at the above mentioned auction for the following lots up to prices indicated below. These bids are to be executed at the lowest price levels possible.

I understand that if successful I will purchase the lot or lots at or below the prices listed on this form and the listed buyers premium for this sale (17.5%) and GST on the buyers premium. I warrant also that I have read and understood and agree to comply with the conditions of sale as printed in the catalogue.

Bid maximum in New Zealand dollars (for absentee bids only)

Payment and Delivery ART+OBJECT will advise me as soon as is practical that I am the successful bidder of the lot or lots described above. I agree to pay immediately on receipt of this advice. Payment will be by cash, cheque or bank transfer. I understand that cheques will need to be cleared before goods can be uplifted or dispatched. I will arrange for collection or dispatch of my purchases. If ART+OBJECT is instructed by me to arrange for packing and dispatch of goods I agree to pay any costs incurred by ART+OBJECT. Note: ART+OBJECT requests that these arrangements are made prior to the auction date to ensure prompt delivery processing.

Please indicate as appropriate by ticking the box: 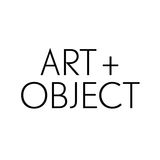