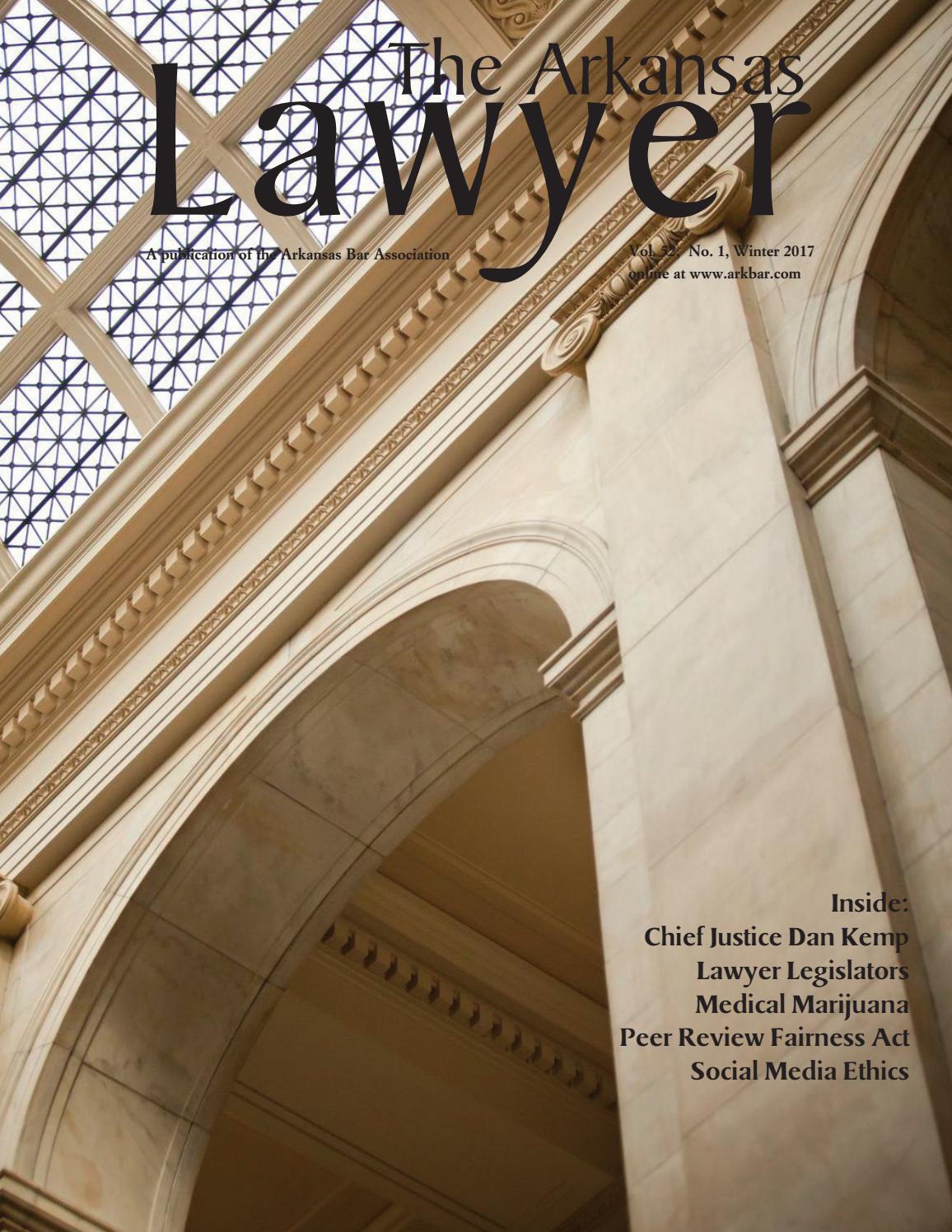 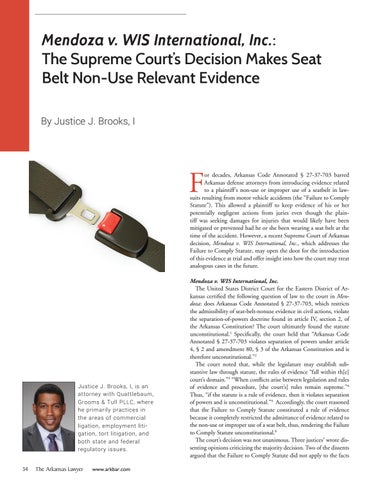 or decades, Arkansas Code Annotated § 27-37-703 barred Arkansas defense attorneys from introducing evidence related to a plaintiff’s non-use or improper use of a seatbelt in lawsuits resulting from motor vehicle accidents (the “Failure to Comply Statute”). This allowed a plaintiff to keep evidence of his or her potentially negligent actions from juries even though the plaintiff was seeking damages for injuries that would likely have been mitigated or prevented had he or she been wearing a seat belt at the time of the accident. However, a recent Supreme Court of Arkansas decision, Mendoza v. WIS International, Inc., which addresses the Failure to Comply Statute, may open the door for the introduction of this evidence at trial and offer insight into how the court may treat analogous cases in the future.

Justice J. Brooks, I, is an attorney with Quattlebaum, Grooms &amp; Tull PLLC, where he primarily practices in the areas of commercial ligation, employment litigation, tort litigation, and both state and federal regulatory issues.

Mendoza v. WIS International, Inc. The United States District Court for the Eastern District of Arkansas certified the following question of law to the court in Mendoza: does Arkansas Code Annotated § 27-37-703, which restricts the admissibility of seat-belt-nonuse evidence in civil actions, violate the separation-of-powers doctrine found in article IV, section 2, of the Arkansas Constitution? The court ultimately found the statute unconstitutional.1 Specifically, the court held that “Arkansas Code Annotated § 27-37-703 violates separation of powers under article 4, § 2 and amendment 80, § 3 of the Arkansas Constitution and is therefore unconstitutional.”2 The court noted that, while the legislature may establish substantive law through statute, the rules of evidence “fall within th[e] court’s domain.”3 “When conflicts arise between legislation and rules of evidence and procedure, [the court’s] rules remain supreme.”4 Thus, “if the statute is a rule of evidence, then it violates separation of powers and is unconstitutional.”5 Accordingly, the court reasoned that the Failure to Comply Statute constituted a rule of evidence because it completely restricted the admittance of evidence related to the non-use or improper use of a seat belt, thus, rendering the Failure to Comply Statute unconstitutional.6 The court’s decision was not unanimous. Three justices7 wrote dissenting opinions criticizing the majority decision. Two of the dissents argued that the Failure to Comply Statute did not apply to the facts